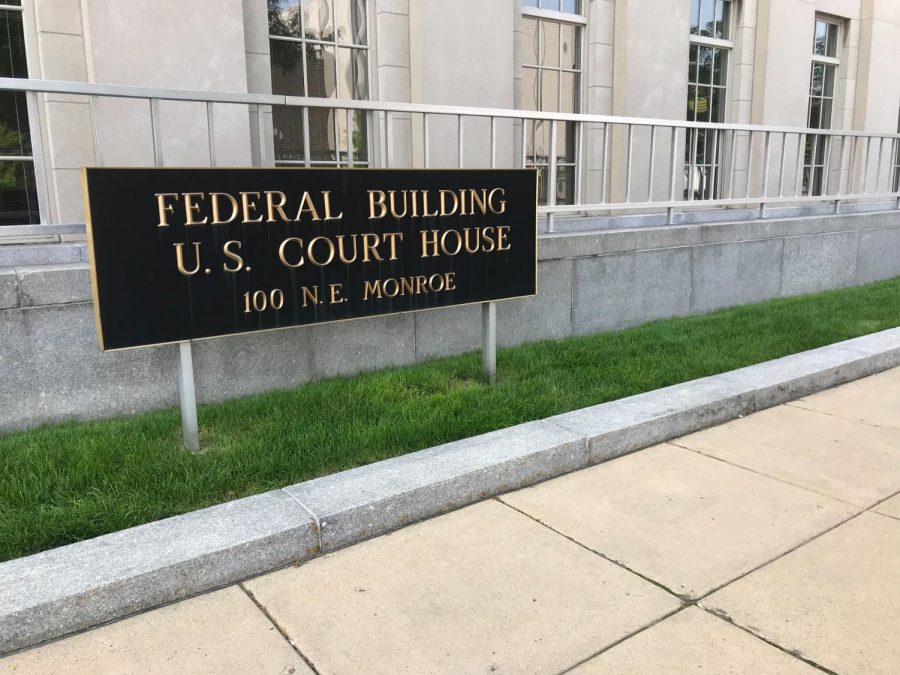 The Federal Building and U.S. Courthouse sits at 100 Northeast St. in Peoria. The trial for Brendt Christensen, alleged kidnapper and murderer of Yingying Zhang, began here June 3 with the jury selection process. The defense and prosecutors made their closing statements Monday.

The guilt phase of Brendt Christensen’s trial continued Monday, even after one attorney told the jury that the counsel will not deny Christensen killed visiting scholar, Yingying Zhang.

Since the guilt phase began last Wednesday, several witnesses have testified and evidence has been brought forward to the jury, including video evidence of Christensen driving around the day Zhang disappeared, texts from Zhang to the One North employee who was supposed to show her around an apartment and the bat Christensen allegedly hit Zhang over the head with before stabbing and decapitating her in his bathtub.

Also mentioned to the jury was in the weeks prior to Zhang’s disappearance and murder, Christensen became especially fascinated with serial killers and researched them extensively online; he also became fairly interested in Ted Bundy and the novel “American Psycho.”

Throughout the start of the guilt phase, videos of Christensen’s initial interviews with the FBI were shown to the jury, along with the recordings Christensen’s girlfriend at the time secretly took in cooperation with the FBI.

Christensen’s ex-girlfriend has not testified in court yet but is expected to be at the stand soon.

Christensen is still pleading not guilty but could face the death penalty if found guilty and the jury unanimously believes he should be put to death.

It is speculated the acknowledgement of Christensen’s responsibility in Zhang’s death could spare him his life and in turn get him to serve life in prison instead of the death penalty.