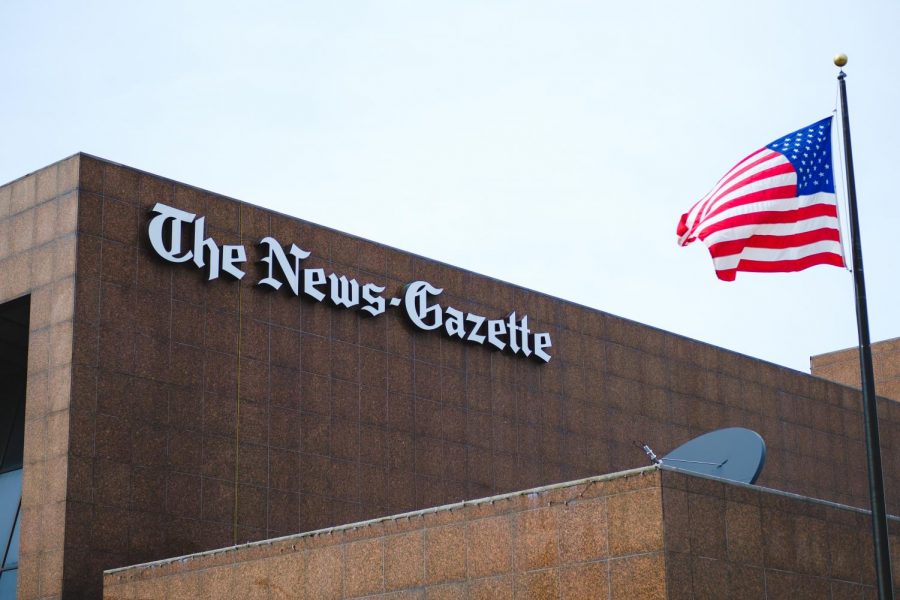 The News-Gazette building is pictured in downtown Champaign on Friday. On Sunday, the News-Gazette announced it will no longer be publishing a Monday paper.

Along with filing for chapter 11 bankruptcy and notifying employees of potential layoffs starting this October, News-Gazette Media will be sold to the family-owned Champaign Multimedia Group LLC, an affiliated company of Community Media Group, according to an article by The News-Gazette.

News-Gazette Media CEO John Reed announced in a meeting with News-Gazette staff Friday that the company had reached an agreement to sell substantially all of its assets to CMG, which owns and operates newspapers in several midwestern states such as Illinois, Indiana, Iowa, Michigan, New York and Pennsylvania.

Weekly newspapers, free distribution shoppers, websites, along with WDWS, WHMS and WKIO are all part of the acquisition.

“Community Media Group shares our values and represents everything we had hoped to find in the next steward of our newspapers and radio stations,” Reed said in a statement to The News-Gazette. “They have a strong commitment to quality products, and they share our vision of a multimedia future where print, radio and digital media outlets continue to complement one another.”

The sale is expected to close in November, and CMG has noted that it is developing plans for rehiring some former News-Gazette employees following the sale.

“The ultimate decision to seek a buyer was extremely difficult on many levels,” Reed said. “In the end, I have absolute confidence in our selection of Community Media Group and am convinced that both the decision to sell and the selected buyer represent the best possible outcome for our employees, readers and listeners.”