KAM’s gets ready to shut its doors, new location open in 2020 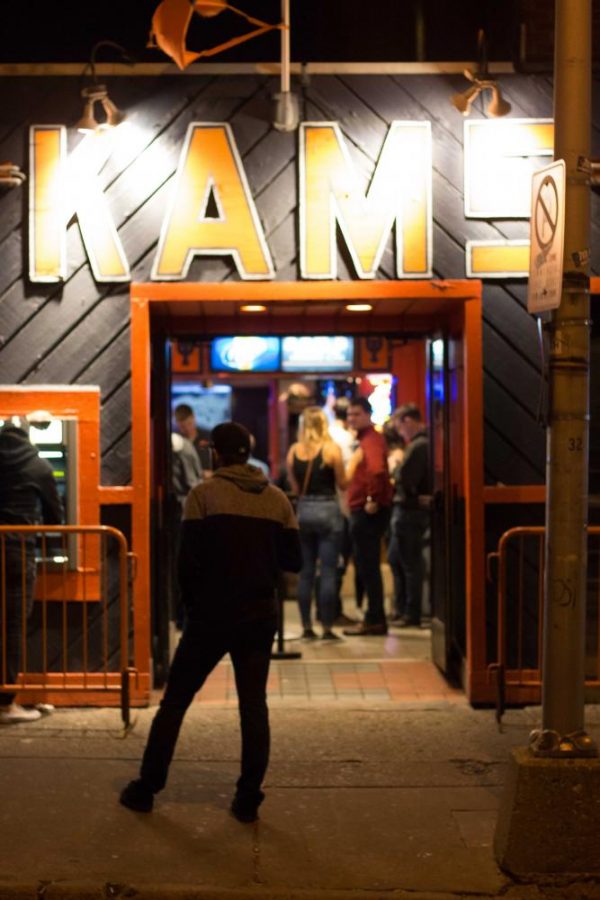 KAM’s, currently located on E. Daniel St. in Champaign. This location will close on Oct. 20.

The days of Blue Guys and pictures in front of the well known Alma Mater mural at the original KAM’s location are numbered, as the famous campus bars will close its doors Oct. 20.

After an all staff meeting Tuesday with owner Scott Cochrane, employees were made aware of the planned closure.

For Ali Bruce, junior in UIC Nursing and employee at KAM’s, this means losing out on generations worth of memories.

“I was definitely pretty sad when I heard the news,” Bruce said. “My dad, as well as my family-friends still tell me stories about all the good times they had at KAM’s.”

Though Bruce will no longer be able to make memories in the original building, which itself used to be called Stan’s Gridiron prior to 1975, she will be one of the first people to step foot into the new KAM’s location, which is set to open at the corner of First and Green, on what used to be a Domino’s Pizza.

“I’m just happy I got to experience old KAM’s and will get to be part of the new KAM’s as well,” she said.

In an interview with The News-Gazette, KAM’s owner Scott Cochrane said the new location will also include two other bars, the aforementioned Stan’s Gridiron and Second Chance, which was a bar that burned down in the 1970s.

Cochrane has been reaching out to collect photos of KAM’s history, planning to create a mural in the new location. Some photos date back to the 1940s.

The new location will include popular aspects of the old location, such as the “KAMS” sign and some of the bricks from the building.

Bruce said Cochrane hopes to open the new KAM’s just in time for New Year’s Eve, but will definitely be open the second week of the spring semester.

“Enjoy these last few weeks of KAM’s, and if anybody needs to find me these next three weeks, you know where I’ll be,” Bruce said.