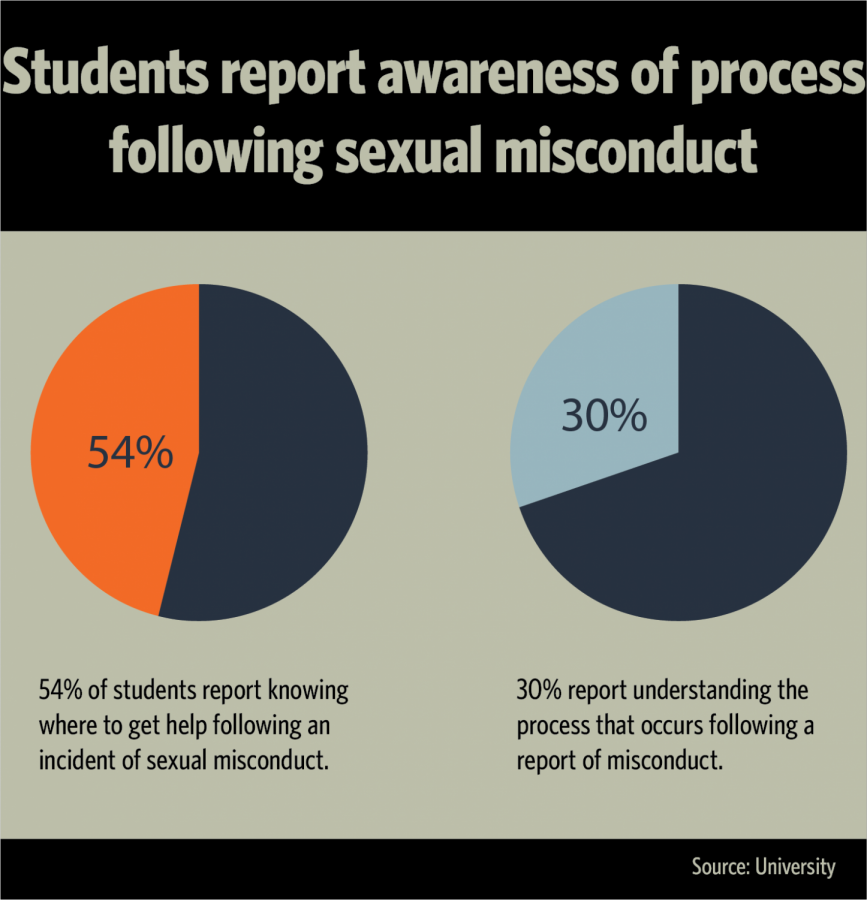 After recent reports and professor complaints, the University is looking to improve its sexual misconduct policy.

Robin Kar, professor in Law, is chair of a task force developed by the Provost in January aimed to comprehensively review the policies, practices and procedures the University has that are used to handle sexual misconduct cases.

The task force is made up of experts on sexual harassment, domestic violence and confidentiality, and transparency, Kar said.

“Our charge was to focus on sexual misconduct by faculty,” Kar said. “The reason for that is just that faculty has a lot of additional procedural protections meant to protect tenure and academic freedom. So it’s kind of the hardest case to solve.”

Leslie Wexler, professor in Law, said social and institutional change is most likely to occur when all parties see a need for progress.

“Students, faculty, staff and community members should keep pressure on the University and other big institutions to address the #MeToo era,” Wexler said. “Decision-makers inside those institutions should be working for institutional reform and a more equitable culture.”

Wexler said despite sexual harassment being a pervasive problem, many people do not believe victims, because there is unawareness of how widespread harassment is or how individuals may choose to convey that information.

Alison Wilkinson, attorney for McAllister Olivarius, has been working on the sexual harassment case against Gary Xu, former head of the East Asian Language and Culture Department, and has just filed a complaint on behalf of his three former students.

Wilkinson said in the case of Xu, the victims were all from China, where there is a stronger deference element to the professorial student relationship, which Xu knowingly used to his advantage.

“Some sort of beginning, primer, intensive session with foreign students would be really helpful to set the stage for what should and shouldn’t be allowed,” Wilkinson said.

According to the Sexual Misconduct Perceived Campus Response Survey, about half of students reported knowing where to get help following an incident of sexual misconduct. About 30% report understanding the process that occurs following a report of misconduct.

Wilkinson said teaching assistants, faculty and most people who knew what was going on with Xu said they didn’t feel there was a clear reporting path.

Though students could be unaware of how to report a sexual harassment incident, only about 3% were concerned with being punished by the University.

Wilkinson said the University has expressed willingness to change in order to prevent similar instances from happening in the future.

Wexler said, though it would be a difficult step, she would like to see reform in the University Misconduct Policies such as divorcing the narrow Title IX interpretations and clear the path for punishment.

“As a lawyer, I deeply respect the need for due process,” Wexler said. “But the current rules seem to impede rather than foster accountability.”

Kar said the task force will produce a report of recommendations on how the University should be handling sexual harassment cases, which should be finalized and given to the provost by the end of this term.

“You want to do it as quickly as possible, you also want to do it thoroughly because these are actually very hard questions,” Kar said. “I think people are going to feel very different when the report comes out.”

Once the report has been given to the Provost, there is still a period for public discussion, as the report contains recommendations that the University must ultimately decide to implement.

Kar said one recommendation from his task force’s report is to ensure the University and faculty not enter into nondisclosure confidentiality agreements, which should positively impact the University in the long term.

“One thing we need to remember is that sometimes if we give information about a respondent, that allows people to make inferences about a complainant,” Kar said. “So you have to be careful; it’s a tricky balance.”

He said another one of the task force’s recommendations is to produce regular, comprehensive sexual misconduct filings with outcomes and explanations as to how they’ve been handled, while ensuring no confidentiality or privacy concerns are revealed.

“We want to make sure we don’t traumatize the plaintiffs or children from reporting by making this kind of data public,” Kar said.

Wexler said that courts have interpreted the language of Title IX differently, making for a lesser understanding.

“Many scholars … have criticized courts for their unduly narrow interpretation and suggest they depart from common sense understandings of harassment,” Wexler said.

She said the courts have previously used interpretations from Title VII’s anti-discrimination statute to conclude that behavior only rises to the level of harassment if it is severee or pervasive.

Though this is the language of federal legislation, the University can separately amend its code to make its standard more clear, Wexler said.

Kar said he believes the package, created by his task force, can change the way other universities handle sexual harassment.

“My aim is to present a package of recommendations that takes the University of Illinois further than higher education has gone and to serve as a model for the nation,” Kar said.