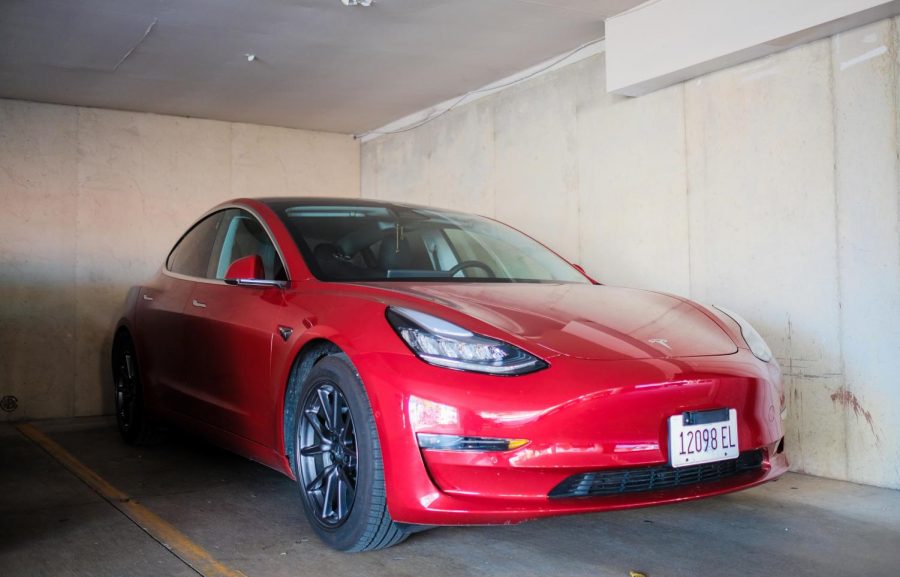 A Tesla Model 3 sits in a parking lot in Urbana. Researchers at the University are trying to improve the safety of self-driving cars.

Ongoing research at the University is working to increase the safety of self-driving cars.

The research works to increase reliability in self-driving cars, known in the field as autonomous vehicles. The focus of this project is to analyze scenarios of potential risk for AVs and attempt to create artificial intelligence that can assess, manage and solve them effectively prior to the actual use of the vehicles on the roads.

The researchers began by recreating accidents and possible scenarios of the AVs in order to study where the errors could arise from. These scenarios can range from slippery roads, human error and malicious attempts to hack the car. They soon realized, however, attempting to assess every possible scenario where an accident could occur proved challenging.

In order to account for this, researchers realized they could equip the AVs with a failsafe “AI engine” that attempts to find any potential threat to safety. In this way, the AI engine, which has “domain knowledge” about the vehicle itself, checks to see whether the AV may have missed something that may lead to a dangerous situation.

One aspect the research may not yet have accounted for is the human emotional response.

“If you see a person with a baby in a pram and you are sort of losing control, you might actually go in another direction (and hit a tree instead),” Iyer said. “That kind of emotional decision is still not there, so we could actually provide for that kind of thinking.”

According to Saurabh Jha and Subho Banerjee, Ph.D. students in Engineering and some of the leading contributors to this project, the idea behind the research was spurred on a whim.

Jha and Banerjee had previously been analyzing disengagement reports from the California DMV, where AVs had been tested on public roads. When an AV’s AI can’t process a situation, it disengages and relinquishes control of the car to the human driver. When companies test AVs on public roads, they are required to release an annual report of when the AVs would disengage or be involved in an accident, Banerjee said.

Jha and Banerjee presented their research at a retreat, and Iyer encouraged them to go further.

“We just presented AV as a use case, and I think professor Iyer said, ‘You know, it would be very interesting to just know how these AVs are really working out. You are saying there is a data, why don’t you go and analyze and characterize this data more?’” Jha said. “That’s when we started digging more into this data.”

Not long after their original work had been published, Jha and Banerjee began to realize that as AVs become more widely used, ensuring they are safe is becoming a more pressing issue.

“A day or two days after we actually finished a paper which sort of summarized our results, the unfortunate events happened, that the Uber car crash happened, and the Tesla car crash happened in like a span of a week,” Banerjee said. “And that’s when knew that … at least to make this sort of technology be deployed and generally available, (further research) going to be the thing that everyone has to do.”

The research soon gained recognition from companies that realized how crucial safety in self-driving cars is becoming, and the project began to rapidly grow.

“We suddenly had work pros, we had resources, we had collaboration with the industry, and all of that came together for us to be successful in conducting this research,” Jha said.

“A key driving force (in continuing at the University), at least for me … was the project,” Cyriac said. “It seemed something worthy to pursue.”

Cui noted how this type of research is typical of the University and how broad the AV project specifically is becoming.

“Not just our group is doing (work with AV’s) … there are three or four groups also doing AV research,” Cui said. “I think this university is a very active place for doing research.”