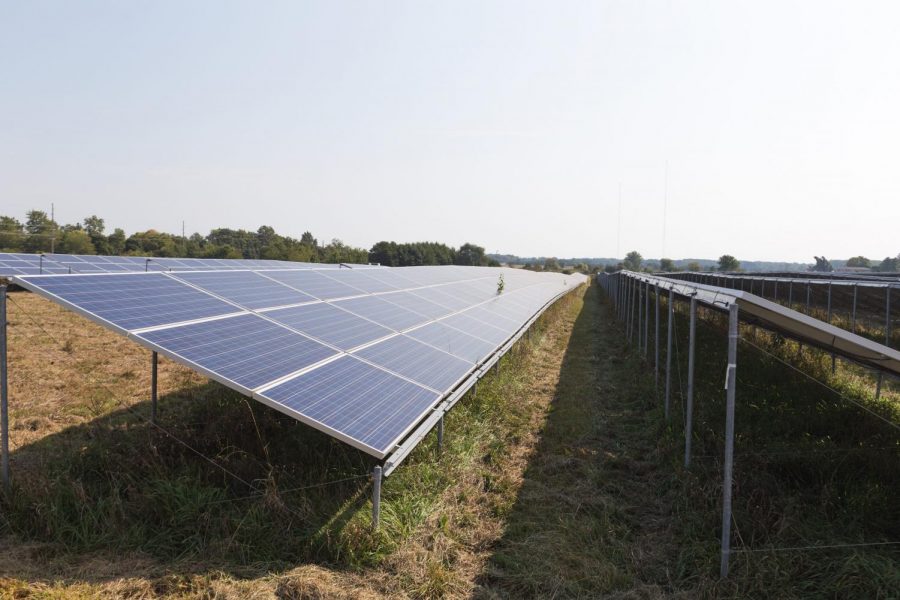 The Solar Power Panel Farm near First Street and Windsor Road has been in operation since December 2015. The University has recently agreed to a contract on creating a new solar farm.

Renewable energy company Sol Systems announced Tuesday the finalization of a 20-year power purchase agreement with University-connected Prairieland Energy, Inc. for the development and operation of a campus solar farm.

The solar farm is projected to produce 20,000 megawatt-hours of solar power annually, tripling renewable energy production at the University.

In addition to more sustainable energy, the agreement is also predicted to save around $300,000 for the University in the project’s first year and $5 million through the project’s lifetime as Sol Systems is committed to designing, building, operating, financing and maintaining the solar farm.

Andrew Gilligan, vice president of Sol Customer Solutions, said in a press release that the project will have yet another environmental benefit some may not expect.

“This project is noteworthy – not only due to the considerable savings and how significantly it advances the overall sustainability goals for the University but also because it was designed to provide habitat for wildlife,” Gilligan said.

Sol Systems engineers are designing a multifunctional landscape for the project in tune with the designation as a bee-friendly campus environment the University earned from Bee Campus USA, with features including a pollinator habitat that will be planted in the areas under the panels to enhance ecosystems for local and migratory birds and insects, including bees and butterflies.

Facilities & Services also designed a pollinator-focused landscape adjacent to the southern edge of the array so that the site can qualify for Illinois’ pollinator-friendly solar site designation.

“We are very excited that this project is moving us quickly towards our iCAP goals for on-campus solar energy generation in such a cost-effective and collaborative manner,” Chancellor Robert Jones said in a statement.