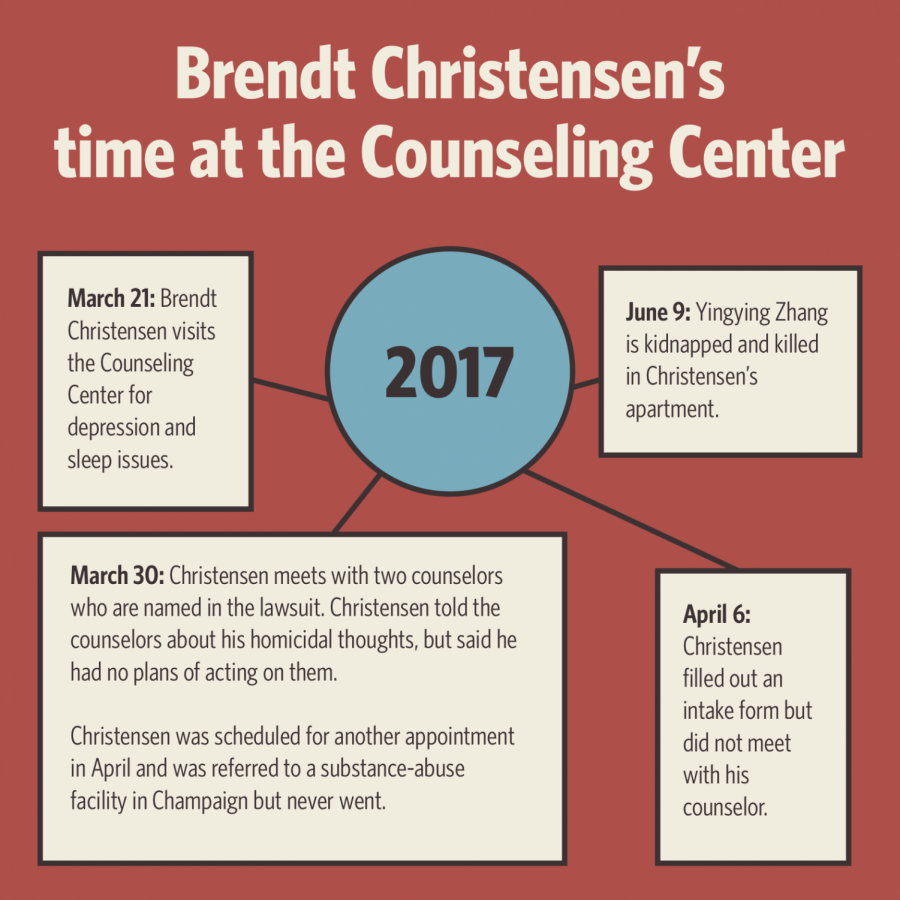 The estate of Yingying Zhang refiled a lawsuit Monday against two social workers at the University of Illinois Counseling Center, according to a News-Gazette article.

The lawsuit was initially filed in June before the trial of Brendt Christensen, who was later convicted of kidnapping and killing Zhang in 2017. However, the federal judge dismissed the lawsuit leading the family to refile at the state level last week.

Zhang’s family argued the social workers who saw Christensen could have done more. Months before Zhang’s death, Christensen went to the counseling center and told them about his fascination with serial killers and that he had purchased and taken steps to plan a murder.

On March 21, 2017, Christensen visited the Counseling Center for sleep issues and depression.

During his visit, Christensen told one of the interns that he had thoughts of committing a murder and that he had taken steps to carry out a murder. In response, the intern suggested he meet with someone else.

On March 30, 2017, Christensen met with the two counselors who are named in the family’s lawsuit. There, he also talked about his thoughts of murder but said he had no intention of acting on them and also said he had no target in mind.

Christensen was later referred to a substance-abuse facility for further help, but he never went.

In early April 2017, Christensen filled out an intake form but never met with any counselors.

Judge Colin Bruce, who dismissed the federal lawsuit, also declined to take on the state lawsuit because he believes the state negligence claims are subject to a different standard, according to The News-Gazette.

Christensen was sentenced to life in prison in July 2019; Zhang’s body has still never been found.