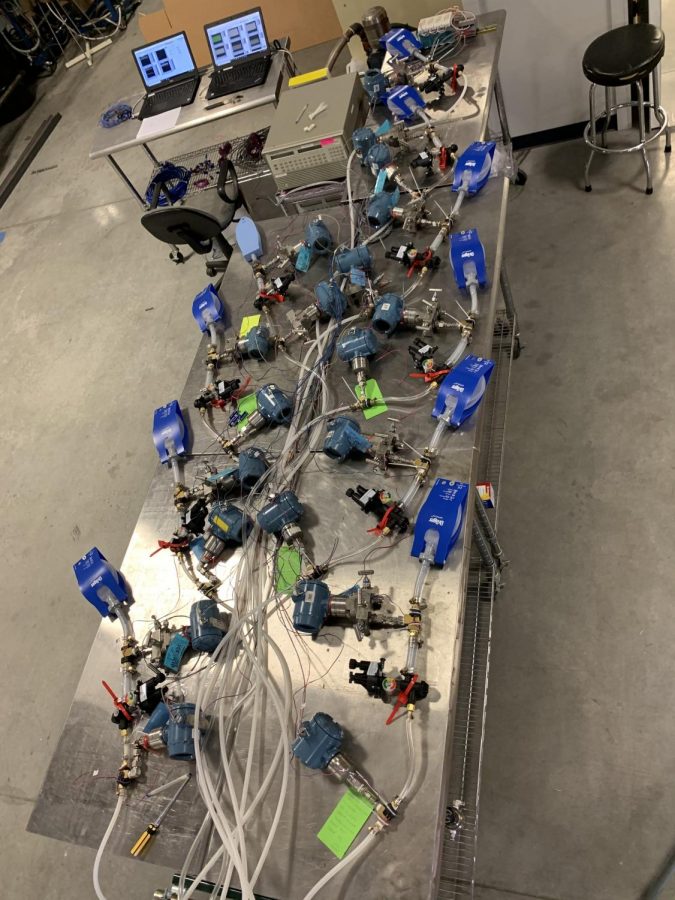 The Illinois RapidVent team fabricated several prototypes of their ventilator design for testing and refinement.

The Illinois RapidVent team has created a prototype emergency ventilator to counteract the COVID-19 pandemic. The United States is under a ventilator shortage, and many hospitals are in need of supplies.

“The goal of the project has been to develop, design and prototype goods so that we could hopefully deliver or transfer the technology to manufacturers that could really rapidly provide an emergency ventilator solution for our community and for the state and beyond,” said Harley Johnson, associate dean for research in the college of Engineering.

The timeline of when the product will be available to the public is uncertain at this point, but companies are attempting to create successful models soon.

“It depends on how quickly they are picked up by manufacturers,” Johnson said. “It’s hard to say, but these types of products do take some time to go to prepare for manufacturers and it takes some time to assemble them. And that’s the one thing that we’re hopeful for, that there’ll be some devices ready.”

“This kind of device is a lot cheaper to produce,” Johnson said. “Of course, it doesn’t have all of the electronic controls and it doesn’t even have external electrical power sources. It’s powered by the high pressure available in the hospital.”

The design was laid out on a computer model in order to visualize the product, and then the prototype was produced using 3D printing. The team tested the product after assembling all of the components, and it was a success.

“We finished the design and prototyping and finished the testing we planned to do,” Johnson said. “We are now responding to requests for the license and offering input to manufacturers that are interested in trying to scale up their production.”

The team continues to collaborate with companies in order to further develop emergency ventilators. TEKMILL, a company that specializes in prototypes and manufactures solutions from universities to companies, has been giving the University advice on how to go forward with the project.

The license agreement is the main way the University is sharing the information about the emergency ventilator with manufacturers in order to help develop the products for public use.

“(A license agreement) is a series of information that is useful for anyone who would like to manufacture symbols or use one of these ventilator technologies,” said Nate Hoffmann, director of technology management at the University.

Hoffman said at least two dozen companies and manufacturers from around the world have taken out licenses in order to design the emergency ventilators on a larger scale. The University has continued to communicate with these companies in order to develop the product and improve designs.

“It’s gratifying to see that those who come to the University are making the case that technology is really the next step,” Hoffmann said.