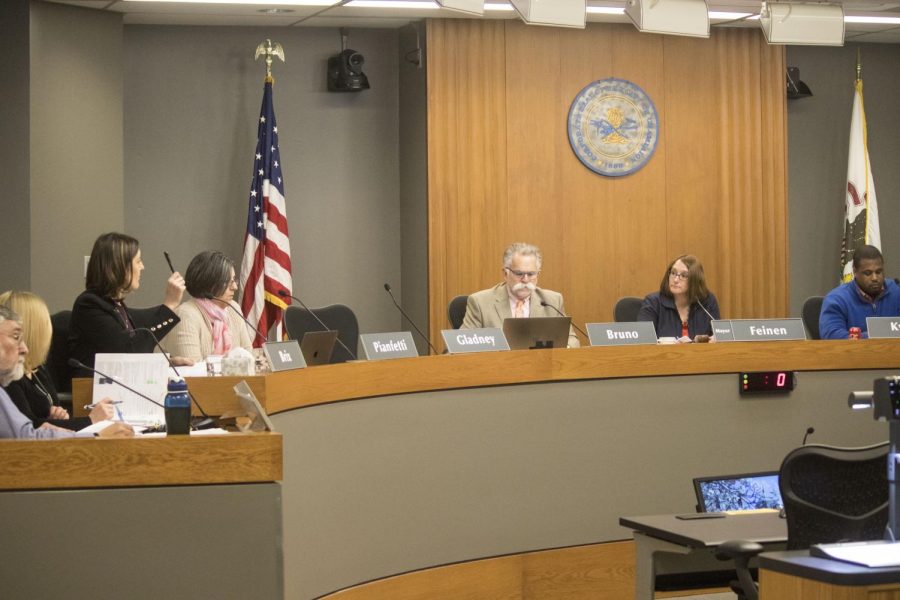 The Champaign City Council members discuss and vote on proposed bills on April 18, 2018.

On Sept. 15, the Champaign City Council will decide whether or not to approve a settlement of a lawsuit concerning a claim of excessive force.

The incident occurred on Dec. 28, 2018 during a Champaign Police investigation of a shots fired report and the arrest of a person involved in the investigation. The following year, on March 15, 2019, Tavion J. Jones-Premo, who was a minor at the time of the incident, filed a lawsuit against the City of Champaign and its officers, accusing them of civil rights violations.

The settlement agreement includes $74,500 for the plaintiff and would result in the dismissal of the claims in the lawsuit against any police officers and the City of Champaign.

“Both the City and the plaintiff saw the benefit of avoiding the additional expense of litigation and agreed on a settlement,” said City Attorney Fred Stavins. “After reviewing all the facts in the case, and considering the legal fees and expenses on both sides of the litigation, the proposed settlement was determined to be in the best interests of both parties.”

The Council Bill and Report to Council that covers the proposed settlement can be found at https://www.champaignil.gov/council.