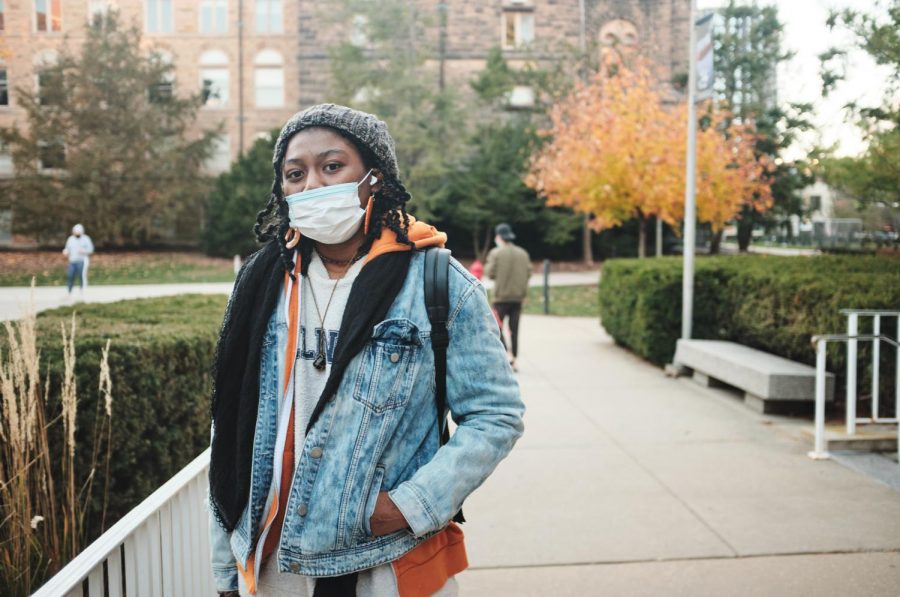 “I think just it’s something I’ve always felt is apart about being a mindful citizen and caring about something other than yourself. I wanna do my best to show up” said Kashara Bennett, Junior in Fine and Applied Arts.

On Election Day 2020, UI students flocked to the polls, helping Champaign County gear up to set a new turnout record.

Students brought myriad issues to their ballots this year, from national policies to the highly personal.

“A lot of my family are DACA members, and they can’t vote, so it’s important for their voices to be heard through me,” said Briana Perez, junior in ACES.

UI was rife with first-time voters, eager to give political participation a shot at one of the campus’ three main voting locations.

“It’s important because now that I have an option, I want to use my voice,” said Emilie Duquet, freshman in Engineering. “Not enough people vote and I want to help fix that.”

Some were compelled to vote through their civic duty.

“I think just it’s something I’ve always felt is a part about being a mindful citizen and caring about something other than yourself,” said Kashara Bennett, junior in Fine and Applied Arts. “I wanna do my best to show up.”

There were around 4,000 mail-in ballots yet to be returned in Champaign County on Wednesday morning, according to County Clerk Aaron Ammons. If they’re postmarked by Election Day, these ballots will be counted if returned by Nov. 17.

In Champaign, the outstanding mail-in ballots could swing the balance of several local elections.

Other races, like county Coroner, Recorder of Deeds and Circuit Clerk, are far too close to call. Republican incumbent Duane Northrup leads by a little more than 2,400 votes, while Democratic Circuit Clerk Candidate Susan W. McGrath leads by just 52 votes.

The Fair Tax Amendment to change the Illinois Constitution and allow for the implementation of a graduated income tax is unlikely to pass. With 98% of precincts reporting, 55% of counted Illinois voters said “no” to the proposal.

Hopes for a national blue wave or landslide victory were mostly squashed by Tuesday evening, marked by a tight presidential race that will likely be decided by millions of mail-in ballots in key states.

By Wednesday morning, the Associated Press had called all but seven states’ presidential picks, with the electoral vote total at 238 to 213 in favor of Democrat Joseph R. Biden after a win in Arizona.