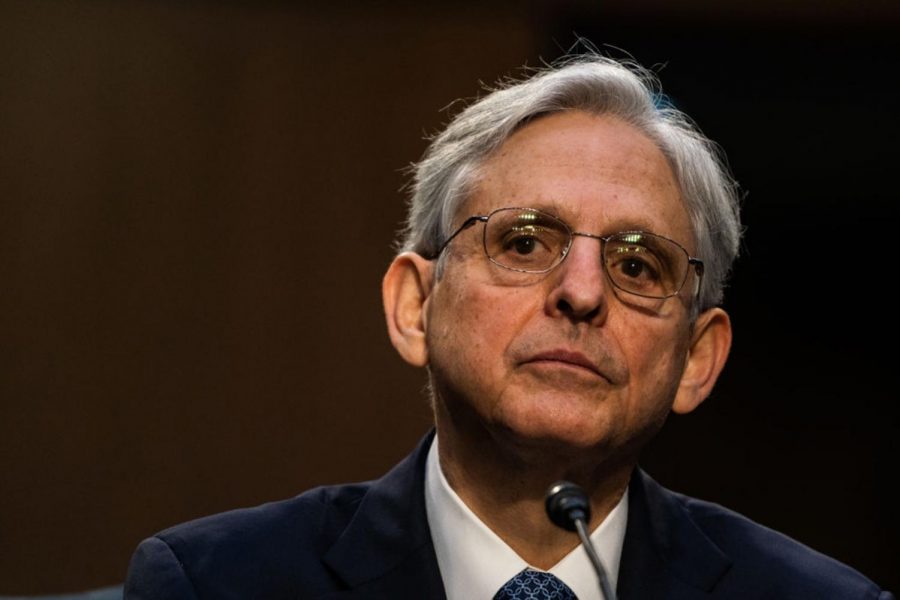 U.S. Attorney General nominee Merrick Garland speaks during his confirmation hearing in the Senate Judiciary Committee on Capitol Hill on Monday. If confirmed, Garland could decide to investigate the events of Jan. 6..

Former President Donald Trump’s second impeachment trial quickly ended after four days, with seven Republican senators willing to convict the former president. The Daily Illini invited two political science professors at the U of I to analyze the meaning behind the trial and what might happen in the future.

“The Trump administration, and especially Trump himself, had little regard for ethics,” said Jeff Mondak, professor in LAS and James M. Benson Chair in Public Issues and Civic Leadership. “Numerous actions taken by the administration seemed designed to amass power and wealth for Trump and many of his associates and to insulate them from legal scrutiny.”

According to Mondak, “Trump’s weeks of lies about the election having been stolen were the foundation for the insurrection.” In the face of an uproarious crowd, Trump encouraged them to march to the Capitol, where they broke into the building and interfered with the electoral college confirmation process.

“Given the gravity of introducing articles of impeachment, it was unlikely that after the first, an unprecedented second would occur,” Aleksander Ksiazkiewicz, assistant professor in LAS, said. “It was only the extraordinary events of January 6th that precipitated that second impeachment.”

Impeachment is the process that Congress brings charges against any federal officer, most commonly judges at the district court level.

There are two parts to an impeachment trial. The House of Representatives would first vote to impeach a president, and then the Senate would vote to convict them. This time, the President was successfully impeached in the House with a “simple majority,” but fell ten votes short in the Senate, where a two-thirds “supermajority” is required.

According to Ksiazkiewicz, the reason that the House insisted on impeaching Trump in the last days of his office is that one of the potential penalties for impeachment is to bar Trump from holding federal office in the future.

“It is remarkable that ten Republican congresspeople voted to impeach and that seven Republican senators voted to convict,” said Ksiazkiewicz. “This made it the most bipartisan set of impeachment votes against a president in American history.” Trump’s desperate attempts to interfere with the election include a phone call to Brad Raffensperger, Georgia’s Secretary of State, and asking him to “find 11,780 votes” in his favor. The hour-long conversation was recorded, published by various media and labeled as the Trump-Raffensperger phone call.

“The call struck me as unseemly, and as an abuse of power,” Mondak said. “But going from there to actual criminality would be difficult for a prosecutor to prove.”

After Biden took office, many have wondered if his administration would open an investigation of Trump’s four years in office.

Mondak said that Biden does not seem inclined to investigate Trump. However, Biden has said that he will leave such decisions to his eventual attorney general. His current nominee, Merrick Garland, is known for his by-the-book reputation.

“I suspect he will follow the facts,” Mondak said.

Ksiazkiewicz called upon the quote of John Adams, one of the Framers of the Constitution and the second President, who famously described a republic as a “government of laws and not of men.”

“If we are to live up to that sentiment, prosecutors will have to follow the evidence where it leads and act upon what they find,” said Ksiazkiewicz.