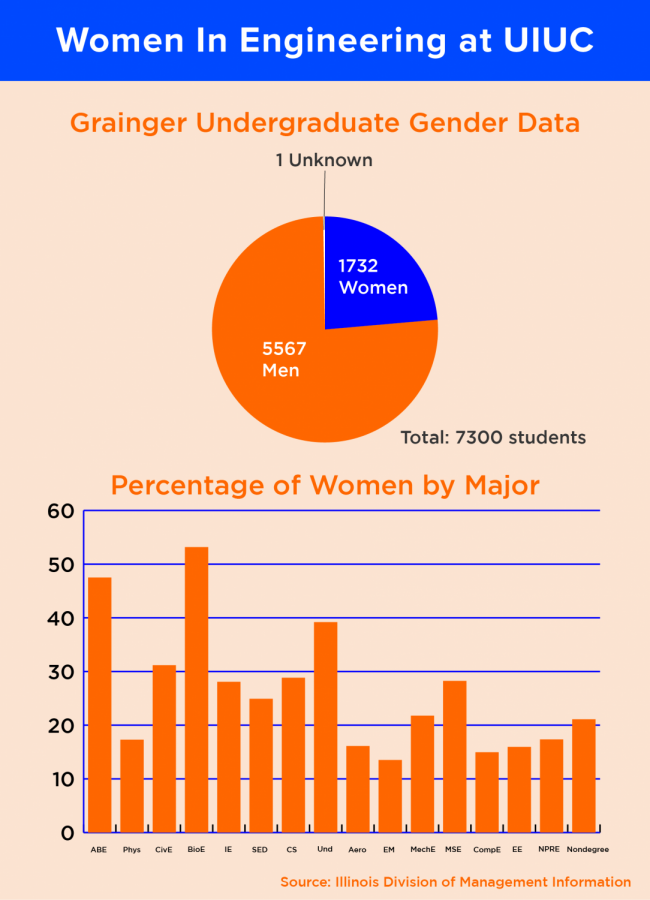 After completing her summer internship at Google following her freshman year, Aishani Pal, president of Women in Computer Science and junior in Engineering, experienced sexism first hand.
“I heard from one of my friends that (a male classmate) was going around telling people, ‘The only reason Aishani got this internship is because she’s a woman’,” Pal said. “My heart sank when my friend told me.”
Sexism is not a new problem on campus. The University’s 2019 Campus Climate Report found that 26.7% of women (about one in four) experienced sexist hostility during their time at the University.
In addition to sexism, conversations recently arose on Reddit regarding harassment toward women in electrical and computer engineering and computer science courses.
“I can tell you right now that this Reddit post, this storyline, I’ve heard billions of times across students, peers, friends,” Pal said. “It’s just something that for some reason women and minorities in this field … have been experiencing.”
According to Gally Huang, sophomore in Engineering, there is a sense of entitlement amongst some engineering students, which may cause this type of behavior.
“They feel like they can do stuff because they ‘earned it,’” Huang said. “If (they) help her with homework … (they) feel like (they’re) messing up the curve … and they feel like they have an entitlement like ‘Oh, you should go out with me now.’”
Huang also noted that some engineering students focus all of their attention on schoolwork and experience social isolation and loneliness.
“When you deprive someone of social behavior … they become really desperate,” Huang said. “If the only thing that they see is this girl that they’re working with, maybe that’s why they act … that way.”
According to Pal, WCS will implement mandatory training for its fall officer board members to “prevent bullying and assault of any type.” Although the Computer Science department cannot require RSOs to implement this training, it has been “highly encouraging” and said it could send out a “blast email” about the training to spread the word to other RSOs, according to Pal.
However, cultural change among the student body is needed to make lasting changes to sexism and harassment in Grainger, Pal said.
“Cultural change … is extremely hard,” Pal said. “You have to have the students make this change, encourage their friends to make this change, in order to actually make a substantial difference for the future.”