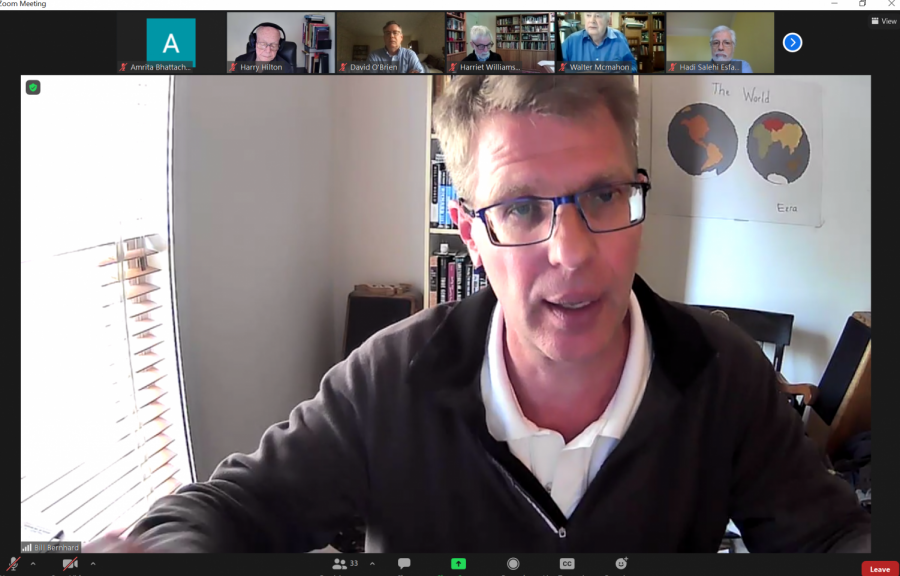 Bill Bernhard, the vice provost for academic affairs speaks to faculty members over Zoom on Tuesday. The American Association of University Professors Chapter at the University shared a report regarding how governance practices need to be more straightforward.

By Amrita Bhattacharyya, Interim Editor-in-Chief
May 14, 2021

The American Association of University Professors Chapter at the University led a discussion Tuesday on their report about shared governance and its implications for campus.

The AAUP defines shared governance as “meaningful faculty participation in the governance of the academic institutions in which they work.”

According to the Office of the Provost’s website, the shared governance system is “a model of active collaboration and consultation among administrators, the Academic Senate and the faculty.”

Surveying tenure-track faculty in fall 2019, the AAUP teamed with the Office of the Provost to determine how well the provisions for shared governance outlined in the Provost’s Communication No. 27 were being followed.

The report was authored by Hadi Esfahani, professor in LAS, who began the meeting with an overview of their findings.

The survey found “significant weaknesses” such as some Executive Officers not involving their faculty in decision-making procedures, and in some cases working against such involvement.

“If the goal of the report was to spark conversation across campus, I can confidently tell you that that goal is met, judging by the number of conversations I’ve had,” said William Bernhard, vice provost for Academic Affairs, during the meeting.

Bernhard said that making the language of the bylaws transparent, accessible and clear is important.

“We have a tendency sometimes when we’re writing bylaws to think we’re all lawyers and make it formal and puffy, instead of using the simple, straightforward language that we all normally use when we’re communicating with each other,” Bernhard said.

“I often feel that the EO isn’t listening to us at all,” said one anonymous commenter. “He makes decisions and then talks to us afterwards. He is not friendly to his employees. I have found him to be bullying.”