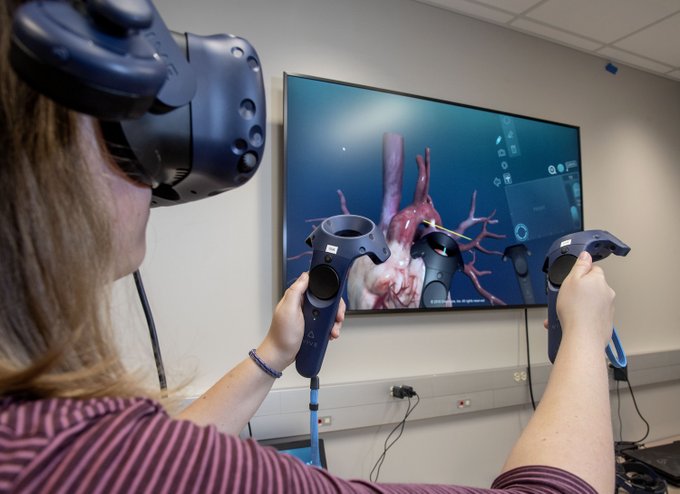 Photo Courtesy of The Grainger College of Engineering Twitter

Last Friday and Saturday, both the Grainger College of Engineering and the Beckman Institute hosted their respective open houses, with the caveat that both events shifted from a normally in-person weekend of activities to a wholly online program.

Beckman Open House runs biennially, falling on every odd-numbered year, while Engineering Open House runs every year. Faculty, students and RSOs are invited to share their research and projects with the C-U community at the open houses.

One example of previous projects on display at Engineering Open House include Almost Talking Dog, where an electroencephalogram is hooked up to a dog to provide real-time English translations of the dog’s thoughts.

These events are meant to “give younger students and those outside of engineering a taste of the field and introduce them to engineering concepts,” said EOH co-director Kayva Sudhir.

“One of the main reasons I got into bioengineering in the first place was EOH, and I remember seeing kids only two to three years older than me doing experiments that really were jaw-dropping to me and that basically settled the fact that I wanted to pursue bio-engineering at Illinois,” Sudhir said.

Continuing the push for STEM education and outreach is one of the core goals of EOH.

“We offer so many avenues for middle school, grade school, even high school students to learn about STEM and also life as a U of I engineer. That is one of the main goals of Engineering Open House and will continue to be one in the future,” Sudhir said.

One major disruption to both of these events is the impact that COVID-19 has had on the organization of the event.

Previously, both events were “in-person and included tours of facilities, hands-on experiments that involved audience participation and speeches by keynote speakers in auditoriums,” said Patricia Jones, Associate Director of Research for the Beckman Institute.

EOH has had similar disruptions. According to Sudhir, one of the biggest cancellations was the Tesla Coil Concert, an event where two massive tesla coils are set to strike in time with music, as there simply wasn’t a way to control people going in and out while still abiding by COVID-19 regulations.

Both events chose to run their programs through synchronous and asynchronous videos, in which users could join experiments and programs that they were interested in online.

While in-person attendance and participation from people in the C-U area and Central Illinois has dropped due to the shift from in-person to online programming, there have been significant, and surprising, gains in attendance from people outside Illinois.

“We’ve had logins from California, India, China, Japan, which wouldn’t be possible without this online model,” Jones said.

The online format has enabled programs that would not otherwise be practical for an in-person format.

“On Monday we (had) a speaker from Sweden, and a seminar that normally would be at 1 p.m. was scheduled for 11 a.m., for example. This probably wouldn’t have happened in-person because of the logistics involved,” Jones said.

Editor’s note: A previous version of this article stated that Beckman Institute Open House’s programming was expected to run for the rest of the week. However, the open house program will be up indefinitely. The Daily Illini regrets this error.