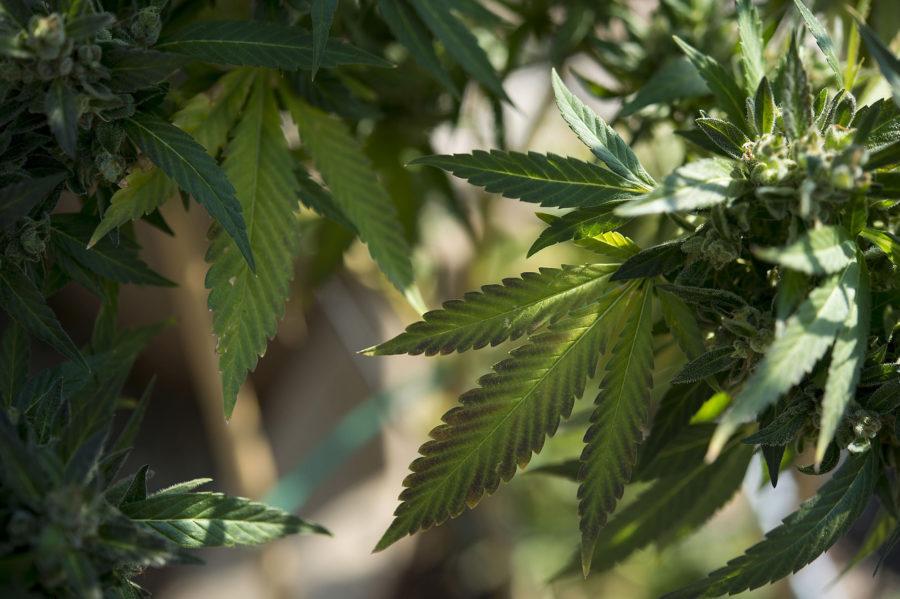 Illinois’ medical marijuana program, which became effective in 2013, allows for eligible individuals diagnosed with one or more debilitating conditions to apply for a medical cannabis registry identification card.

Even with a prescription, however, students living on campus have few options when it comes to their medical marijuana.

Chattoraj, senior in LAS, said this poses a problem for University Housing residents with a prescription.

“Basically, (the only way to take their medication is) either working it out with (residence directors) and (resident advisers) or doing it illegally,” Chattoraj said. “They don’t have a lot of options, unfortunately. Mostly they have to hide it and lie about it.”

Jake Block, senior in Media, has a prescription for medical marijuana. He lived on campus last semester and said he had to break the rules to take his medication.

“I need it to function,” Block said. “I wasn’t about to let a rule prevent me from getting the medical care that I needed.”

Prohibiting medical marijuana on campus can be incredibly detrimental to students prevented from taking their medication, Block said.

“With the right strain and dosage, cannabis has been shown to be very effective in treating serious conditions like seizures,” said Ann Nelson, assistant manager at Phoenix Botanical dispensary in Champaign. “I would find it difficult to believe the University wouldn’t want a student to be able to take their medication.”

Block said the policy also harms the perception of the legitimacy of medical marijuana.

But despite what many advocates say about the merits of medical marijuana, Associate Chancellor of Public Affairs Robin Kaler said she doesn’t see a policy change coming anytime soon.

“The University still has to follow federal laws,” Kaler said. “If we violate federal law, it puts our federal funding at risk.”

“I don’t think there’s a quick resolution here, knowing that there are federal guidelines that we would have to make sure we weren’t hindering,” Sealine said. “I applaud (Chattoraj) for raising these questions, but I would say (a policy change) is not going to happen this year, and would need a significant investigation with a variety of offices on campus.”

The resolution was referred to committee and is waiting to be discussed.