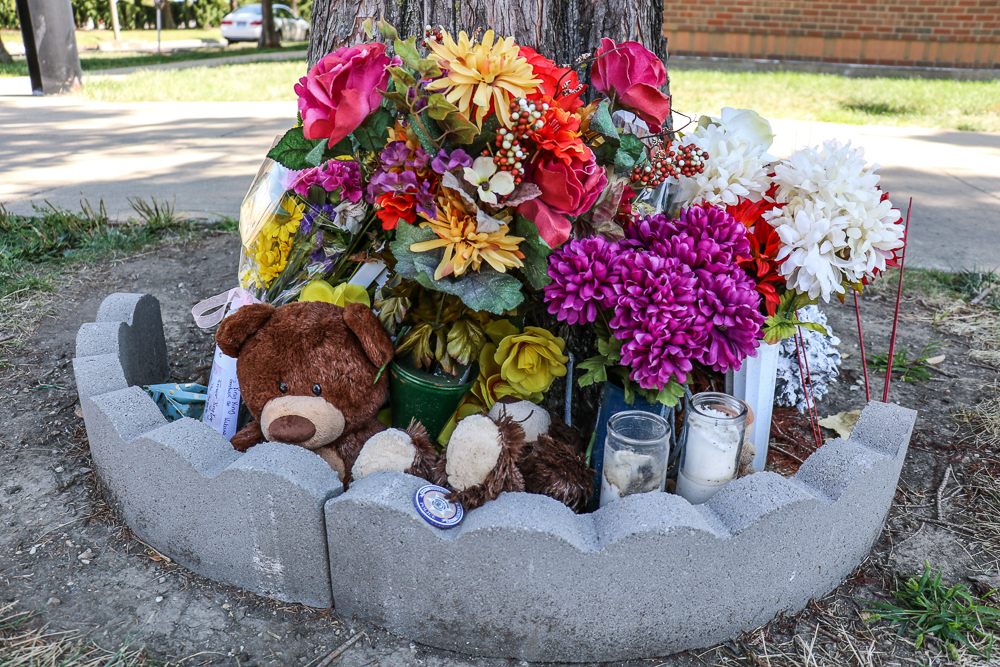 A memorial for Yingying Zhang on Goodwin and Clark.

It’s been almost 100 days since visiting scholar Yingying Zhang was allegedly kidnapped, and a candlelight vigil is planned to commemorate her on Sunday.

The vigil begins at 6:30 p.m. at Anniversary Plaza.

“In Chinese culture, 100 days after a tragedy is a day for family and friends to pay tribute,” the Facebook event page said.

The page also encourages people to wear dark colors and avoid red “in respect for the family.”

In attendance will be Kimberlee Kidwell, dean of the College of ACES; the Zhang family and the Provost of the University.

Zhang was presumably kidnapped on June 9 in Urbana. Former University physics student Brendt Christensen is being held in custody for her kidnapping and is awaiting a Feb. 2018 trial date.

While a body has not been found, the FBI said Zhang is presumed dead based on information gathered.

A campuswide memorial was initially planned for July 1 — the day after Christensen was arrested — but was postponed out of respect for the Zhang family.