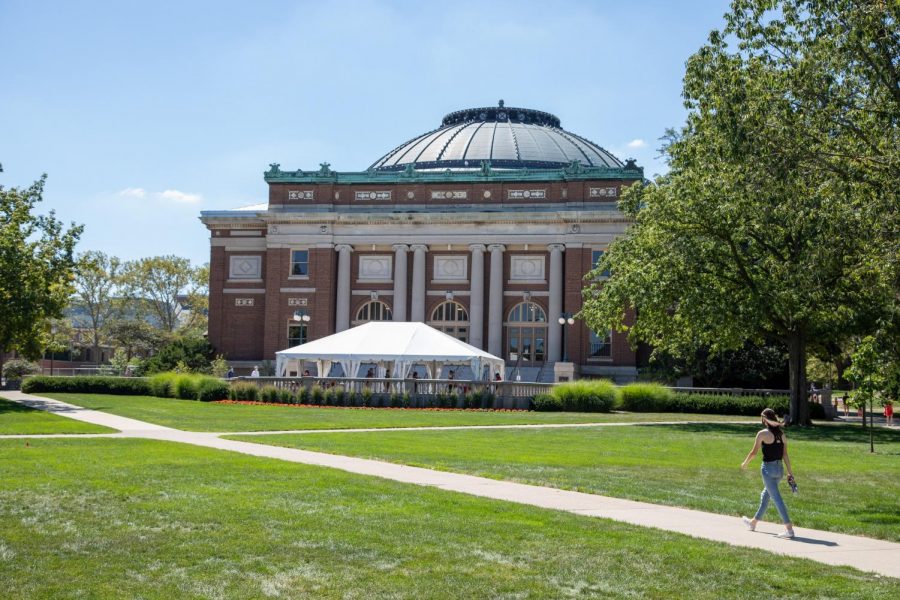 The Nature Conservancy of Illinois released a report on Tuesday detailing the expected impact of climate change on Illinois climate and weather events.
The report, which deals with the effects of rising global temperatures on topics such as the weather, agriculture and natural ecosystems, predicts that Illinois will experience an increase in both temperature and precipitation.
These increases mean that Illinois will experience longer, hotter summers and shorter, more rainy winters, along with increases in the frequency of natural disasters such as flooding.
The report notes that most areas of Illinois have already experienced average temperature increases of one to two degrees, but at the current rate of greenhouse gas emissions this number is expected to increase dramatically.
Areas with an average hottest five-day maximum temperature of 92 degrees may increase to anywhere from 96-104 degrees, depending on the response to climate change and local factors. This increase in heat is expected to lengthen summers and may lead to short-term droughts, although an increase in precipitation is also predicted.
Along with becoming significantly warmer by the end of the century, Illinois is also expected to become wetter. The report states that Illinois has already seen a mean precipitation increase of five to 20% depending on the region, and that this trend will continue as more snowy days become rainy days.
This is expected because warmer atmospheres are also capable of containing more water. The rain will increase the risk of flooding in already vulnerable areas, as well as reducing the available habitat for endangered species living in Illinois.
This combination of heat and precipitation could lead to problems for Illinois residents, including an increase in molds and pests normally found in warmer climates. Health issues from respiratory conditions such as seasonal allergies are expected to increase because of these molds.
Diseases caused by ticks and mosquitoes will also increase, as their population grows over the summer and lasts longer into the winter. These insects, as well as other non-native species, may also disrupt Illinois’ native ecosystems.
The University’s current iCAP, or Illinois Climate Action Plan, seeks to combat climate change by reducing the University’s carbon footprint, along with other initiatives.
The 2020 addition to iCAP set goals for the University to completely eliminate air travel emissions while also increasing the number of trees on campus and supporting the use of clean energy sources.
While useful in mitigating the damage of uncontrolled greenhouse gas emissions, the report also notes how plans to manage the inevitable effects of climate change in Illinois are necessary along with plans to reduce carbon emissions to prepare for the future.