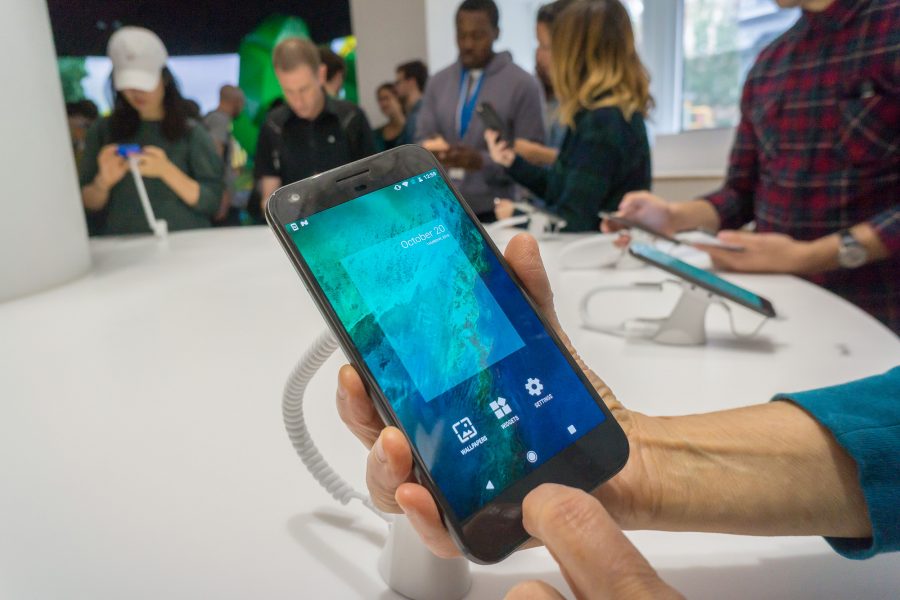 Call me an ignorant, label-hungry millennial, but there is no way Google’s new Pixel phone is going to surpass the iPhone in sales.

Due to our generation’s brand-name obsession, the Pixel phone could somehow transport pizza to your bed and the majority of the 18-to-30-year-old population would continue to purchase Apple products.

Maybe it has to do with the stereotype that Android users are pretentious about the capabilities of their handsets.  Or it could simply be the running joke that Androids boast features like emojis that closely resemble sacks of potatoes or fish eye cameras that distort your face into a bobblehead, that cause adverse reactions from “Apple fanboys”.  Regardless of the iPhone’s inferior spec list, their users don’t seem to care.  According to an International Business Times report, 45 percent of iPhone users agreed that Androids were “more advanced” than their Apple counterparts.

Google’s first smartphone release has a lighter weight, a sharper screen resolution, faster charge, better battery life and a more optimal screen-to-size ratio than the iPhone, but because it isn’t in the exclusive Apple family, it simply won’t do as well in the U.S.  It all comes down to our obsession with image.

Many millennials in the U.S. are dedicated to staying consistent in their “aesthetic.”  No matter how different or “quirky” someone attempts to be, there’s no doubt they’re following a prescribed uniform that fits the type of person they want to portray.  This is in part why Apple’s iPhone is received so well by our demographic.

Some people argue that the Android’s downfall is that it’s too complicated to use and that Apple’s main selling point is its sheer simplicity.  This is true; however, exclusively using Apple products has become so glorified in our society that “ease of use” is simply a scapegoat excuse.

The iPhone is a status symbol.  In the words of an employer who once interviewed me, “No one will ever cover up the logo on their Mac; there’s a reason it glows.”  And that’s why Apple’s marketing is so genius — the company’s products are expensive enough to remain something of desire, but inexpensive enough for a good chunk of Americans to have access to them.

The image one portrays on social media has become increasingly prioritized in our society and as the digital age progresses, it’s clear that this doesn’t only hold true for millennials anymore.  Following trends and fitting a prescribed look to feel normal is an age old testament, and the Apple family just happened to hit the nail on the head this decade.