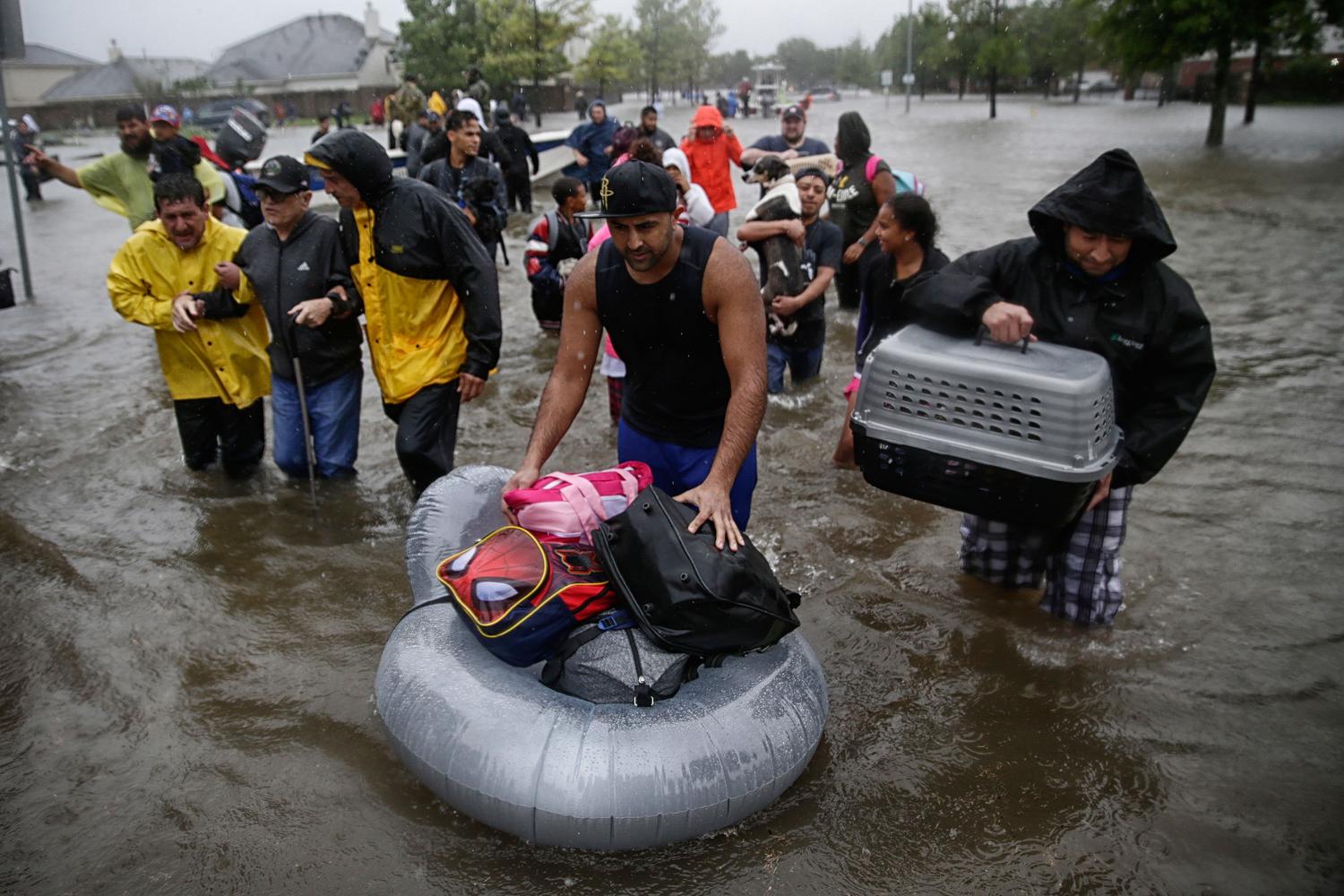 Rising flood waters stranded hundreds of residents of Twin Oaks Village on Monday, Aug. 28, 2017 in Clodine, Texas, where a collection of small boat owners, including some with pool toys, coordinated to bring most to dry ground.

There is a time and place for everything, but in the event of a Category 4 hurricane, there’s little time for political debate.

Some are calling it the worst natural disaster in Texas history while others are surfing and fishing in the flooded streets; either way, Hurricane Harvey is making waves (literally) in displacement, damage and news coverage.

As with all major events, news channels jump to get the latest and most relevant coverage. And while most channels have done just that, Fox News planned an ill-timed interview on their Sunday evening broadcast with three individuals who did not have the time for it.

It’s not solely the timing here, however. The reporter asked the individuals  what preparations the state had taken for the hurricane and why the evacuation wasn’t more widespread. The anchor couldn’t have presented himself in a more complicated way, as the question was over 30 seconds long. And although it was relevant, it wasn’t something these three women even cared for anymore.

Thankfully, the co-anchor cut the anchor off and suggested to end the interview — or what was a poor attempt at one. There was one lady who had crutches, and she wouldn’t even look at the camera. If the two others in the spotlight did want to talk, they didn’t even get the chance because of how long the anchor took to formulate his question.

Try to put yourself in their shoes. It’s highly likely that at least one of the three lost their homes and most of their possessions. And it’s not exclusively the physical possessions that they lost, the sentimental value of their houses are what made it home to them. So when a news anchor asks them about the evacuation, all it’s really doing is reminding them of what they’re trying to forget.

These women are among the rest that arrived off of a rescue boat which relocates people to safer areas not affected by the storm. The three were walking to the staging for the second part of the transportation process.

So when you ask the ones who are in the middle of evacuating why the evacuation order wasn’t larger, there’s no way you could expect a response even remotely close to what you wanted to hear.

This whole event is not only another example of bad journalism but also an example of being a bad person. The anchor cared more for the woman’s response than the safety of her and the other two. Whether it was fishing for a specific answer or to fuel his ego, his priorities were definitely wrong here.

Good journalists ask difficult, relevant questions that seek the truth. Good journalists also try to minimize harm and never put the people they interview in danger. In this case, it seems that even the former isn’t met.

If the anchor had just taken a moment to consider the situation in Texas and what the civilians are experiencing, maybe things would’ve gone differently.

Some might think that because the three women still made it to their destination, there’s no harm done. But in the end, knowing that the anchor thought it was a good idea to begin with makes it despicable.