Opinion | Common ground is a choice 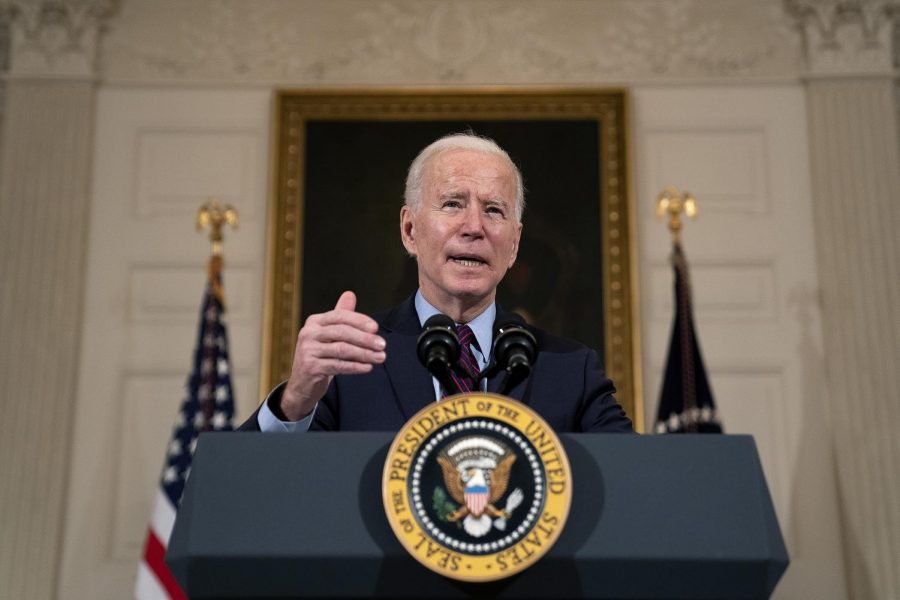 Every September, Illini Republicans plant 2,977 flags on the Quad to honor every American who lost their life on 9/11. It’s a symbol of unity in the heart of our campus that truly transcends political boundaries, reminding the generation with no memory of that fateful day of the importance of eradicating terrorism.

Though a solemn day, the feeling of unity that permeates us all is truly unique. It’s easy to recognize the fraternity we enjoy as Americans, united by a common home and the values of the American Founding.

If only that unity had prevailed through the seasons.

The division in this country should scare you. Pew Research found 77% of Americans believe the country is more divided now than before the pandemic, a rate significantly higher than other countries. Similarly, eight-in-ten voters said their disagreements with members of the other party concerned core American values.

President Joe Biden delivered his inauguration address to a virtual crowd with promises of restoring the “most elusive of things in a democracy: Unity.” He acknowledged our divisions but reminded us of how America has always come together in her darkest hours.

The President proceeded to bring about such unity by trying to disguise a $15 federal minimum wage in a COVID-19 relief bill, rejoining the Paris Climate Accords, revoking the Mexico City abortion policy, signaling his intent to gut religious liberty through the Equality Act and set a goal of promoting racial equity for the administration. So much for Tom and Jerry burying the hatchet.

Joe Biden is a Democrat and Republicans must accept that he’ll govern like one. If he truly hopes to heal our nation, then his legacy will be evaluated by his ability to resist the extremes of each party.

The Overton window of the Democrats is wide; it remains to be seen whether Biden’s presidency will resemble a moderate Blue Dog or the ever-popular Democratic Socialist. With a unified blue government looking to him for leadership, the President’s choice will dictate the polarization of national politics.

Conflict and politics come hand in hand. Democrats and Republicans have legitimate and principled disagreements, otherwise, there would be no parties. What Americans do get to choose is the attitude they bring to politics. Krauthammer’s fundamental law of politics rings true: “Conservatives think liberals are stupid. Liberals think conservatives are evil.”

According to Pew Research, just two percent of Americans believe those who voted for the other candidate this election understand them very well. The most well-connected generation doesn’t understand how to talk about the issues that matter.

It’s simple to call someone a racist or dolt over Twitter, it requires effort to understand and accept someone else. The former holds us back, the latter requires maturity.

Whilst buying school supplies at the Illini Bookstore for the start of the spring semester, it occurred to me that the book selection lacked intellectual diversity. A slim selection of the progressive section includes Robin DiAngelo’s “White Fragility,” memoirs by Barack Obama, Joe Biden and Kamala Harris, and an unending selection decrying the evils of Trump.

The conservative selection consisted of “Hillbilly Elegy,” which I attribute to its Netflix adaptation, and Donald Trump Jr.’s “Triggered.” Hardly the arbiter of the conservative movement.

True liberals don’t shy away from different perspectives. Students, more so than others, have a responsibility to learn about and accept different ways of thinking. Respect for one another is the first step towards healing because a house divided against itself cannot stand.

The Illini Republicans and Illini Democrats are working to unite through community service this semester in recognition of our shared community and devotion to free speech. Commonground is always within reach if we unite to set our sights upon it.