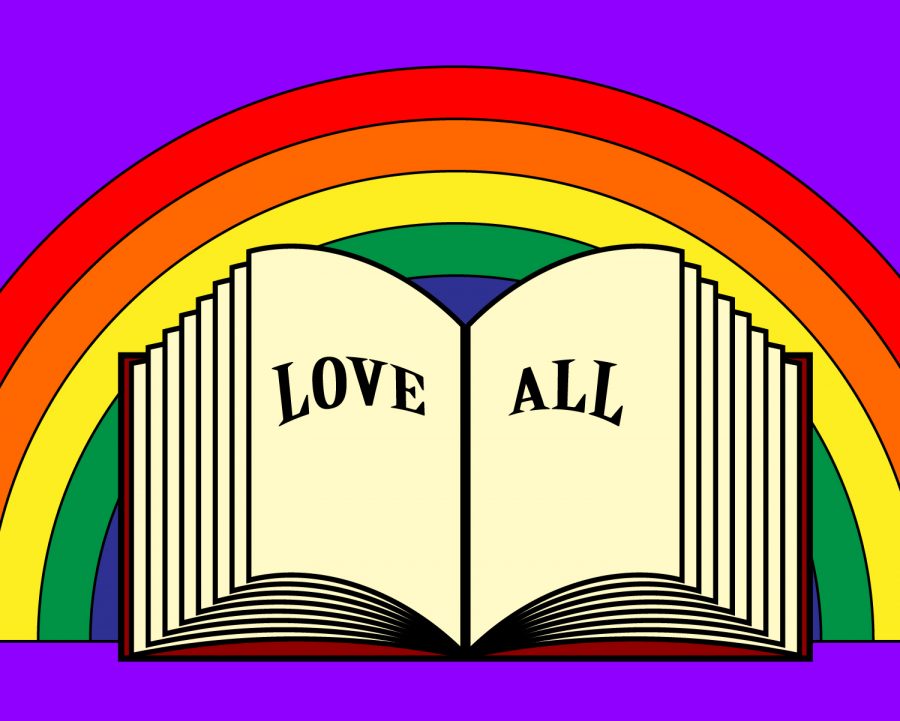 Lil Nas X’s newest single “Industry Baby” begins to play. I look around and try gauging the party guests’ reactions to the lyrics, to the song, to the queerness. I am not surprised by the looks, the giggles, the passive-aggressive comments. I’ve experienced them all before.

Over the weekend, I had my cousin’s high school graduation party. After congratulating her, I began talking to my youngest cousin, catching up and offering advice to prepare her for the transition from Catholic elementary to public middle school. I went to Catholic grammar school K-8, we had a strict dress code policy and a graduating class of 60, so the switch to a public high school was a bit overwhelming.

As I blabbered on, we reminisced about our brief time together at St. Isaac Jogues Catholic Elementary. In that conversation, we stumbled onto the topic of “Theology of the body,” this miniature course taught in my religious class which highlighted “self-love, abstinence, the sanctity of marriage, etc.” It was essentially “Catholic sex-ed.”

There was one fundamental difference in the way the course was taught, between my time and hers: The course now mentions homosexuality.

I graduated in May of 2015; one month later, five supreme court judges ruled in favor of same-sex marriage. I remember being in a production of Bye Bye Birdie, surrounded by gay men older than me, crying and celebrating when they heard the news.

Six years later, “Theology of the body” has adapted to include multiple sections renouncing homosexuality and labeling it sin.

My sexuality was never really a secret in my family. I grew up involved in the performing arts, never really expressed interest in any girls my age, had an obsession with female pop stars and detested playing sports. Anyone with eyes could tell, but it still wasn’t something I really talked about.

It wasn’t until recently when I began having more comfortable conversations with my parents about my nonexistent dating life and which drag queen I was rooting for on Rupaul’s Drag Race.

I remember the moment I first spoke to my mom about being gay, I was inconsolably crying on her lap because no matter how prepared you are, or how confident, it’s never an easy conversation.

Movies like “Love, Simon” don’t effectively communicate how the process is vastly cumbersome.. Likewise, I always found the scene where the supporting characters all “come out as straight” to be wildly offensive.

When you’re born, your parents have hopes for you and dreams for what your life will look like, and even though I knew it would be OK, I was throwing a giant wrench in her plans for me. It’s hard to come to terms with. Her advice to me, bittersweet: “I will always love and support you, but this life comes with more challenges — it will not be easy.”

My “coming out” wasn’t a traditional process. I think people would have been more surprised if I didn’t come out.

So, after the initial conversation, I never felt the need to justify my sexuality to my extended family, and to this day I awkwardly laugh off “So, do you have a girlfriend?” questions from distant relatives.

Coming out came with a bit of an adjustment period.

I remember begging my mom to let my girl friends sleep over in the same room as me.  We still get into scuffles about what the appropriate length for shorts on men should be. For the most part, though, I have been very lucky.

Growing up alongside the Obergefell v. Hodges decision and the boom of social media, I have experienced firsthand the societal shift when addressing the LGBTQ community. Seemingly overnight, being gay went from something you didn’t talk about to something that’s constantly addressed. Even though American culture has shifted to be more accepting and tolerant, the rest of the world and religious communities are still guided by their traditions.

Suddenly, everything I did was eligible for debate.

In my first two years of high school, I tried to fly under the radar. Anytime homosexuality was discussed in class, I kept to myself. I didn’t want to be “that” kid.

My junior year of high school was the first time I had to debate the legality of same-sex marriage. I came into class prepped with facts and research, but I didn’t know that I was also debating its morality.

It wasn’t anything I could have prepared for. I sat and listened to a class full of adolescents tell “me” that “I” don’t deserve basic human rights because of a “lifestyle choice.” I began to reminisce about the days when it wasn’t discussed.

Senior year, I got more involved in my high school’s speech and debate team.

I knew that I had an opportunity to bring awareness to the issues still plaguing my community, and I was finally comfortable being “out” in public. Hinsdale Central High School is notably conservative… not exactly the easiest school to be “out” in. Still, I felt like through my performances I’d be able to get people talking about the staggering number of suicides and violence that plagues the LGBTQ community and try to move past debating their right to marry.

The state championship qualifying team gets to perform their piece for the school. Prior to the state series, I qualified for both poetry and prose reading: both pieces were about gay issues. I was extremely nervous to perform, and I will always remember the looks on my classmates’ faces. Some in support; some in disgust; some stood up to leave; others cried.

A few days later, one of the varsity members of the lacrosse team came over to me during gym. He congratulated me on my performance, saying it really moved him. Other kids passed me in the hallway and quietly referred to me as “that gay kid.”

Going into the state championship final round, I told my parents that I wouldn’t place higher than third in either of my events. This baffled them. And rightfully so, not to flex but… I had the best track record of any of the competitors: I just won the hardest, largest competition in Illinois, and I was the highest nationally ranked performer from Illinois.

I explained that for the final rounds at state, the judges tend to be older and from the conservative, southern districts of Illinois.

Year after year, moderate pieces perform better in the state final, but rather than appeal to that system I wanted to keep my message the same. Ultimately, I placed third in prose and fifth in poetry.

My family was shocked; I wasn’t. A comment that has stuck with me came from an older female judge: “Your performance was great, I wish the content was toned down a bit.”

But I knew exactly what she meant.

Gay artists are always being told to tone it down and regulate their content to heteronormative standards. Lil Nas X is constantly the victim of some of the most abominable homophobic remarks that I’ve ever seen.

But instead of backing down or changing his platform, he’s owning the attention and using his sexuality as a springboard for his career, all while raising money for charity.

Micky is a junior in LAS.