Opinion | What would you change about UI? 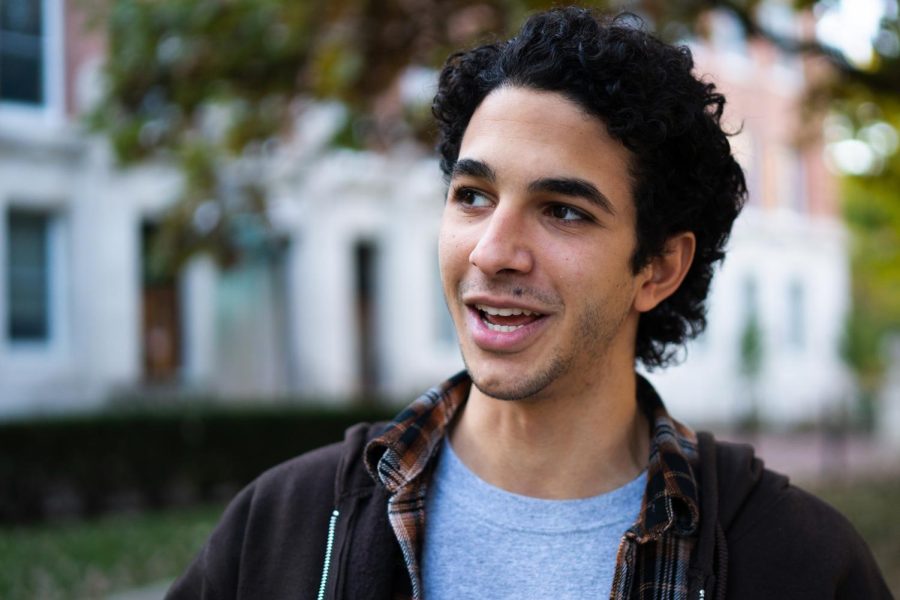 Marwan Shamseldin, junior in LAS, talks about changes that he would make to the University of Illinois.

The University is a dynamic place filled with fresh faces and places. An ever-changing landscape with students entering and exiting like an academic revolving door, Illini understand that while here at the University, campus changes can either be tedious or swift — rarely in ordinary time.

Yet, if allowed to improve the University, several students across campus reflected on improving the bus system, boosting affordability and/or addressing labor shortages. The corresponding answers follow several Illini when posed the question, what deserves change at the University?

“Something different I want to see on campus would be the bus drivers: Sometimes they can be a little rude or a little mean. Or if someone’s running to the bus, they’ll just drive off — they’re not willing to wait that extra second.”

Reyna also suggested changes in the hiring process, “Really look for someone who’s going to be a little more understanding because we’re college students — sometimes we’re running late or we’re really trying to get to class.”

Moreover, Reyna hoped that the Champaign-Urbana Mass Transit District would look for bus drivers “who care.”

“There’s something about the buses … Lowkey, I didn’t like how the buses worked. I remember one time, I was just biking, and then I was going, and (the bus driver) kind of turned right into me cause I was on the side of the road, and he stopped just to tell me something.”

“The bus system has to be improved.”

Ji observed that sometimes there may be excessive buses around, while at other times “there’s no bus at all. That is something to work on.”

“In general, I’d say try to make things a little less expensive. Other than tuition, you spend a lot of money on things. For example, textbooks.”

Desai added that despite being given a textbook from an alumni, he had to purchase extra materials to then complete the homework.

“Stuff like that, where you don’t really need to spend the money, but we have to because we don’t have a choice, if they could cut down on stuff like that it’d be great.”

“Workers at the dining hall — there’s not that many right now. They’re really understaffed,” Hebert said when discussing that a lack of dining hall workers is a detriment to student living.

“I would say the same thing. It looks like they’re struggling,” McCormick said as she agreed that dining halls are short of needed staffing.

For others like Adolph, however, the University is already an excellent environment.

“There are not a lot of things that I would change about being at the University of Illinois or its campus in general. I definitely would not want to change how active everyone is, and out here on the Quad it’s a really cool sight to see. Everyone just mingling and enjoying life in Champaign.”

Our home at the University is in a different condition depending on who you talk to. Still, while we dedicate years to this institution, let us work toward a better functioning campus — superb for all.

Matthew is a senior in LAS.