Opinion | Meta is last ditch effort to save Facebook 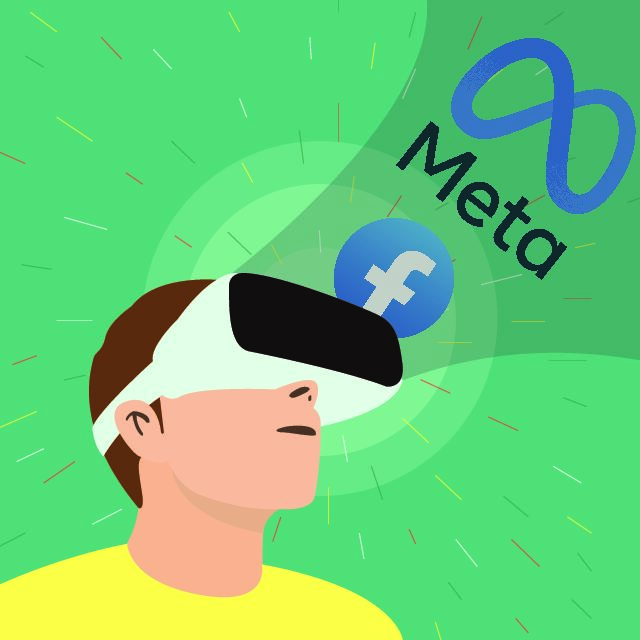 Amid privacy scandals and controversy, Meta (formerly Facebook) CEO Mark Zuckerberg revealed what he claims to be “the successor to the internet.” Shortly into his Keynote — released on Oct. 28 — Zuckerberg was shown playing cards with a floating woman, a strange avatar and a robot.

Facebook, now under Meta, is undergoing a serious rebranding — most noticeably the incorporation of a future “Metaverse.” This Metaverse includes spaces to work, collaborate and interact with others as well as a gaming platform reminiscent of Microsoft’s failed Kinect system.

It is clear that Zuckerberg is aware of the disdain people have toward the privacy violations of Facebook — throughout the video, he emphasizes the importance of ensuring privacy from the early stages of the Metaverse. Zuckerberg’s rebranding of Facebook could be an attempt to hide the baggage which comes with the name. The company has been involved in numerous scandals, including Russian interference in 2016, a privacy scandal in 2018 and a whistleblower complaint this year.

This negative attention has led Facebook to governmental interference, which only revealed a plethora of other issues.

“As long as Facebook is operating in the shadows, hiding its research from public scrutiny, it is unaccountable. Until the incentives change, Facebook will not change,” Facebook’s whistleblower Frances Haugen stated.

She called for congressional action against the company and its subsidiaries, due to the effects the app Instagram has on the mental health of teenage girls.

The usability of Meta is also questionable. The user interface and avatars look bulky and would be a graphical nightmare to run without a professional artificial reality or virtual reality build. Zuckerberg argues the Meta platform is designed for a distant future, but professional mockups make the usability of the software look clunky and awkward. The response to Meta was mixed, and only a minority of people seem excited to interact primarily with these strange avatars.

People like to work efficiently, and working through AR or VR headsets does not seem optimal. Zuckerberg has not given the public a convincing reason to use the Metaverse to communicate instead of options like Zoom or Microsoft Teams. Yet, these avatars seem to take away the already low level of intimacy in Zoom video conversations.

Many know the gaming company Take-Two Interactive as the producer of the open-world narrative video game series Grand Theft Auto. Strauss Zelnick, Take-Two’s CEO, commented on Meta, “I would argue we’re probably the biggest metaverse company on Earth if you look in terms of revenue and profits.”

He goes on to reason that people would not enjoy doing work through a headset, just like they did not like doing all of their work online during quarantine. Essentially, the Metaverse will likely only be used for its recreational purposes.

Like Google Glass, the Metaverse is a futuristic concept society is not technologically ready for. There is no real reason to reveal software that would only be usable decades into the future other than to deflect negative attention. The question is if Zuckerberg’s attempt to distract from Facebook’s many affairs will be effective in keeping Facebook as unregulated as it is now.

Hamza is a freshman in LAS.