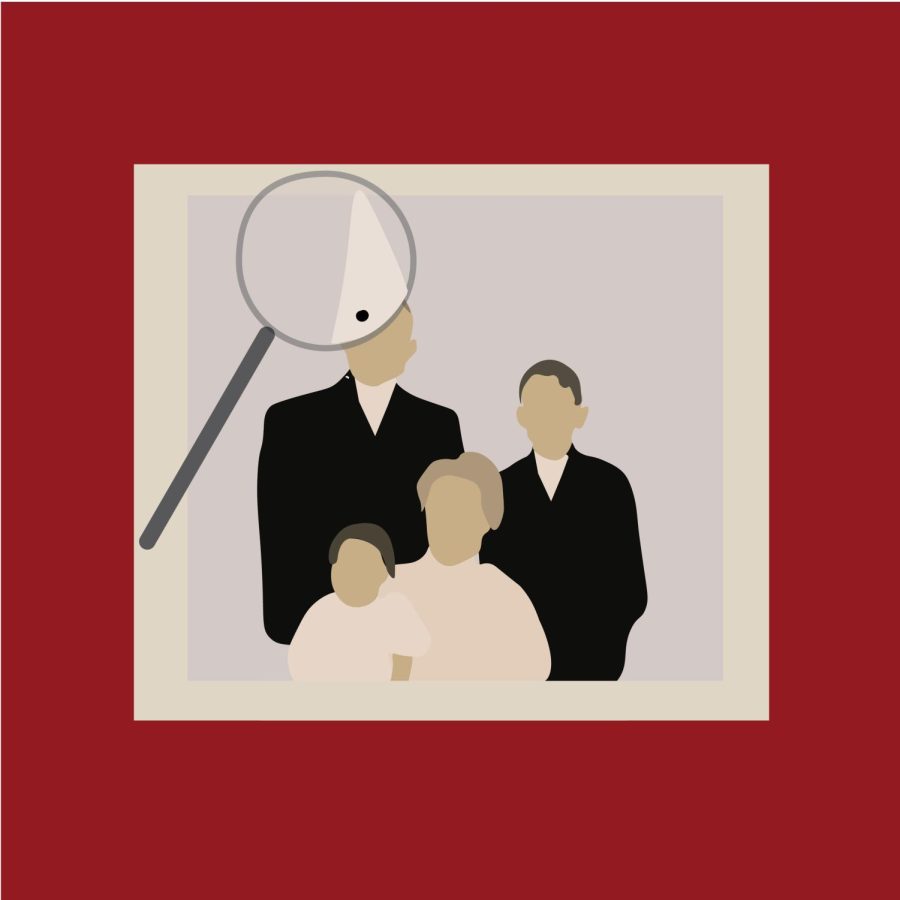 After her first year at Purdue, my mother returned to her hometown of Springfield, Illinois for the summer of 1981. Since she had stopped talking with her parents, she stayed with her grandparents, Fred and Louise. Sitting in their small, dusty living room on a hot Central Illinois day, my mom learned a haunting secret from Fred about his father, Oliver.

Oliver, my great-great-grandfather, was in the Ku Klux Klan.

When my mom told me my forefather was in one of America’s most infamous hate groups, it shook my identity. However, I cannot hide from the shadow cast by Oliver’s misdeeds. I must be honest about my family, whether they have done good or bad.

Unfortunately, Fred did not tell my mom more — we do not know what Oliver did during his time in the Klan. Nonetheless, we know Oliver was born in 1883 and that he had moved to Springfield by 1900.

This was a tumultuous era for race relations in Central Illinois, marked by the 1908 Springfield race riot and the revival of the KKK in the 1910s and ‘20s.

During this second era of the Klan, which lasted from 1915–1944, there were chapters everywhere. Central Illinois was a hub for Klan activity, with Springfield and Champaign-Urbana acting as major bases of bigotry. Given his affiliation, Oliver undoubtedly took part in the intimidation, torture and murder of Black people, Jewish people and immigrants.

Recognizing this history is necessary to understand the impact my ancestors had on marginalized people.

To better understand the perspective of someone impacted by said marginalization, I reached out to Tiffany Payne, secretary of the Central Black Student Union and a senior in nursing here at the University. We covered many topics, from owning up to histories of hate to improvements in Black people’s rights and opportunities.

From the outset, I asked Payne if she thinks I am responsible for righting Oliver’s wrongs.

In answering, she used the Confederate flag as an example to explain the willful ignorance of history. If someone knew what that flag meant and they flew it anyway, then they have a responsibility to correct themselves and apologize.

If I were to revere Oliver and deny that he did awful things, I would have to own up to knowingly erasing others’ trauma. Thus, I am not directly responsible for my ancestor’s actions, though I am responsible for admitting he did wrong.

When people do deny such things, however, they perpetuate systemic inequality, as one cannot change institutions if one refuses to see their flaws.

When I inquired about her thoughts on the hesitancy to admit to ancestral wrongs, Payne responded, “it’s challenging to be wrong. And I think it’s also challenging, too, if you personally feel like you’re not that person who actually did it.”

This relates to pride in identity — people do not want to see their heroes and idols as capable of evil.

Payne related this to the difference between the pride that Black people and white people feel in their respective races. “When Black people say ‘pride,’ we are proud of ourselves and what we’ve overcome,” she explained.

She went on to say white people did not have to overcome any challenge or trauma, nor do they have a shared culture. In further expanding upon this idea, she rightfully argued that “white pride” is just being proud of privileges white Americans were born with.

Ignorance allows white pride to survive. If other white people and I have any morality, we cannot perpetuate this misplaced pride that comforts us while abusing marginalized peoples — we must admit to past wrongs to make any progress.