Don’t judge people by their clothing 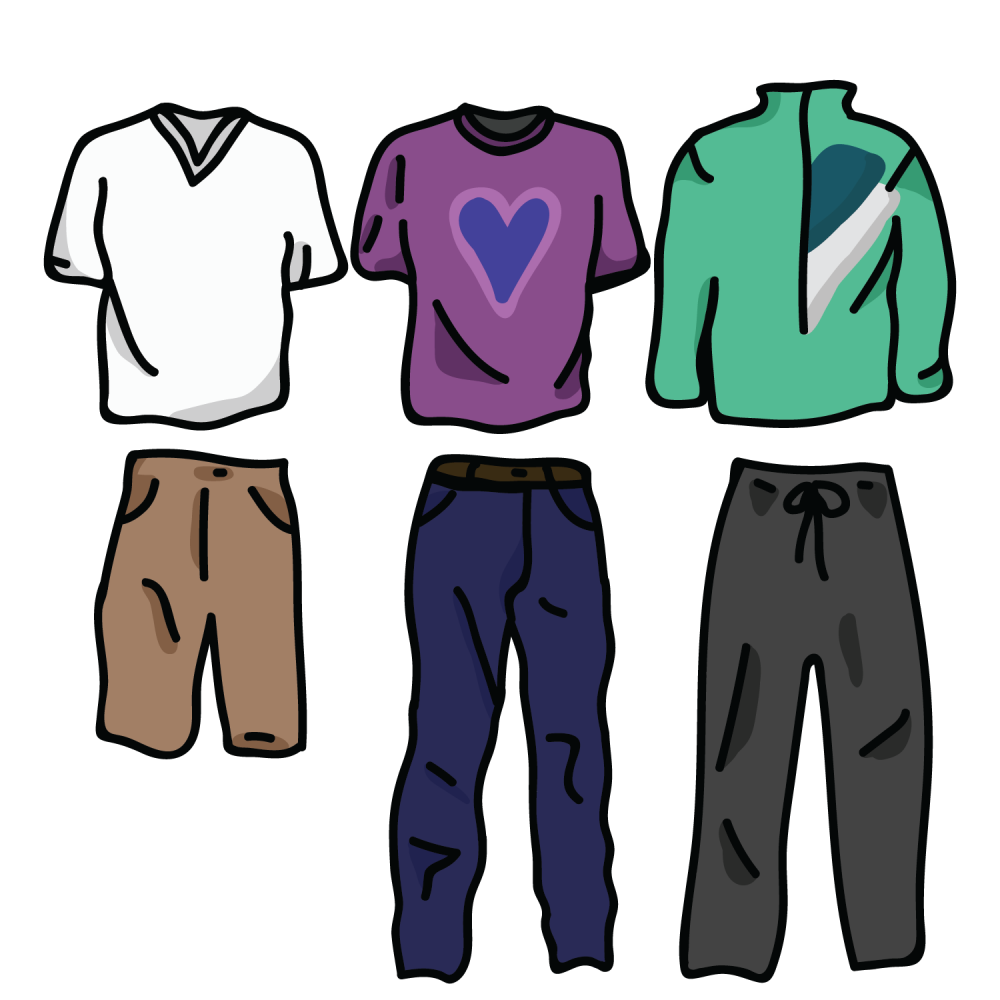 On a painfully slow day over the summer, I dusted off the old family photo shoebox and took a trip down memory lane. Inside was just a small collection of photos my parents took as my brother and I grew up. There were photos of us dressing up for Halloween or getting new clothes for Christmas, among other occasions.

But there were also photos showing my parents when they were just dating, and let me tell you — they were stylish.

Bomber jackets, neon windbreakers and Ray-Bans were all the rage back then and still are now. A good portion of the fashion in the ‘70s, ‘80s and ‘90s are back in one way or another. Simply put, fashion is pretty cyclical.

No, you won’t be seeing Victorian dresses or top hats, monocles and canes any time soon, but a decent amount of the clothing my parents were rocking in those photos can be seen on students around campus today.

We tend to wear what is seen as cool or stylish. My parents knew it in the late ‘80s and I finally did too after realizing how many people wore the same three clothing brands in middle school.

I remember walking into seventh period English class and immediately seeing the sea of Abercrombie & Fitch, Hollister and Aeropostale, among other trendy brands at the time. It’s not surprising that many of us wanted to fit in, and a way most students could do it was to buy those types of clothing. You didn’t have to say or do anything else; the clothing spoke for you.

This realization didn’t keep me away from the trends. In fact, it actually drew me to it — I was just trying to fit in as much as the next guy. Skinny jeans, a Bieber bowl cut and American Eagle graphic tees comprised my middle school style.

But looking back, it wasn’t really the clothes I wore, but the mindset it gave me. I saw the students who didn’t conform to the trends as uncool or even weird — the classic “Us vs. Them” mentality. Even though I wasn’t popular, in my head I still felt high enough on the pedestal to deem who was cool and who wasn’t.

In reality, I was an awkward, shy nerd who only surrounded myself with the latest middle school trends in order to blend in. On the inside, I knew what I really had interest in: video games, anime and drawing. But I never let that show in my school life — at least not with people I wasn’t close with.

Whatever mindset I had in middle school, however, is now gone. Judging people by the clothes they wear was so 2010 — and so were UGGs and Silly Bandz.

Of course, this is all within the scope of what’s socially acceptable. Wearing offensive clothing is always a no-go. You can still express yourself without being indecent to everyone else.