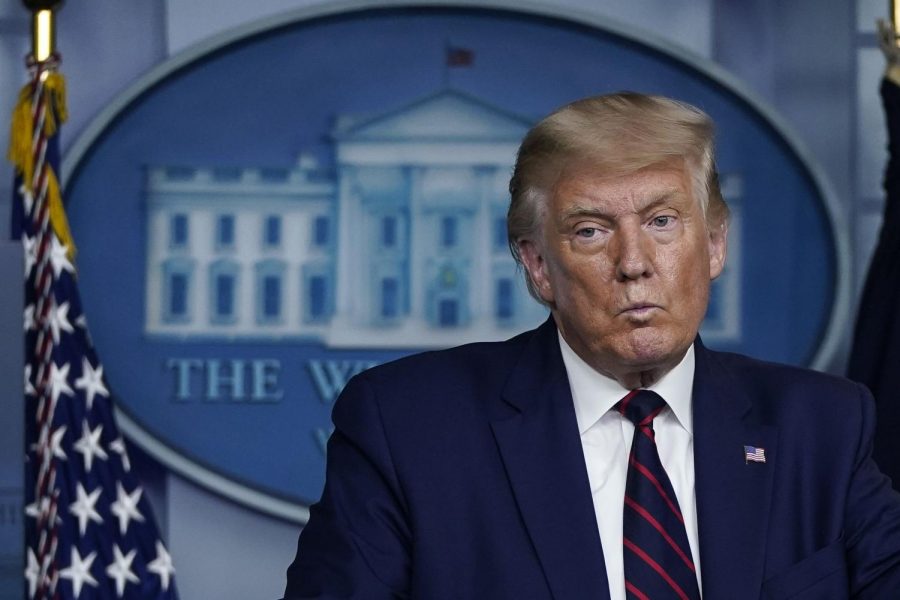 U.S. President Donald Trump pauses while speaking during a news conference at the White House on September 4, 2020 in Washington, D.C.

What’s a better place to learn about any history of something than a museum? Across the nation, countless museums grace the land, teaching visitors, researchers and historians alike about its particular subject.

As those museums explore the histories of their subjects, including all people involved in those stories, there are others that explore just one person. Most of the time, these particular educational venues are presidential museums, and sometimes those are better than others.

Like him or not, businessman Donald Trump served as a president of the United States. Like many of his predecessors, he will and should still have a presidential library and museum.

After his loss to former Vice-President Joe Biden in yet another nail-biting presidential race, Trump refused to concede the election. He even sent out his legal team to investigate alleged voter fraud and mail-in voting with little success. As Biden plans to take office in January, where will that leave Trump?

He will be the outgoing president, something he thought would happen four years down the line. Knowing his character and persona, he will more than likely spend his post-presidential years playing golf, spending time with family and continuing to voice his opinion on Twitter. Even so, a potential museum about his life will no doubt be in the works.

There’s no doubt that Trump will join the rest of his predecessors in having a museum about his life. He’s already joining them as a former president. Even so, it would be interesting to see what transpires of the project.

As Trump will soon make history as yet another one-term president, there are two others in that category who have their own presidential museums: Herbert Hoover and Jimmy Carter. During their time in office, Hoover was blamed for exacerbating the Great Depression and Carter had his scandal with the Iranian hostages. Though those situations will always define their presidencies respectively, they still have their own museums.

Having visited the Hoover presidential museum in West Branch, Iowa on the same grounds as his childhood home and burial site, it was crowded with people. For a man mostly remembered for only four years of his life, even though he lived 90, that’s pretty impressive.

Presidential history is so fascinating. It’s like it’s own little aspect of American history, sometimes even more interesting. Having also visited Lincoln museum in Springfield in the past, these types of museum are a portal back to the time in which these leaders lived.

As the 2024 presidential election won’t happen for a long time, many political junkies and analysts are already speculating who might make a bid, including Trump. Who knows if he will run in the future or just cash in his chips now, but one thing is certain: He served as a president, and therefore, should eventually have a presidential museum bearing his name.

He’s an unforgettable part of American history and the highest office in the world. His story, through the means of a museum and historical site, will be told for generations to come.

Correction: A previous version of this column raised confusion regarding the existence of Abraham Lincoln’s presidential library. The Daily Illini regrets this error.