Answering the unimportant question of VP 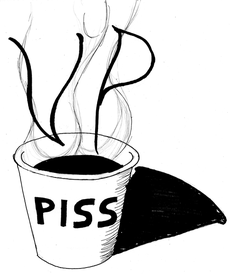 Months of guessing and hypothesizing finally came to an end Saturday when Barack Obama appeared with Joe Biden, a senator from Delaware, introducing him as his running mate. Ever since he locked up the nomination, the question has been out there about whom he would pick. Will he give Hillary the nod after their long, hard fought primary battle? Would he go with another female VP pick such as Governors Janet Napolitano or Kathleen Sebelius? Or would he go with an experienced, moderate Democrat such as Senator Evan Bayh or Texas congressman Chet Edwards?

Throughout all of this I couldn’t help but to think that they were missing the most important question. Who cares?

It is, without a doubt, the biggest question that doesn’t really matter. It is something that pundits start talking about when they get bored with the candidates and the issues. People are going to make up their minds based on the presidential candidates themselves; we all know that’s true. The hoopla surrounding the VP pick is just a way to distract us for awhile.

In reality, the person that the two candidates choose as their running mate says one thing about the candidates: how they want to appear.

By selecting Joe Biden, who has been in the Senate for 30 years, Obama wants to appear experienced, something that everyone knows he is not. Biden himself had said it back during the primaries, something which the McCain campaign was quick to jump on. McCain’s choice for a running mate will either be an attempt to make him appear younger or more conservative.

The unimportance of the vice president is almost legendary. Thomas Marshall (ever heard of him?), VP under Woodrow Wilson, once said, “Once there were two brothers. One went away to sea; the other was elected vice president. And nothing was heard of either of them again.”

John Nance Garner, another household name, who was Franklin Roosevelt’s first vice president, did away with all eloquence and remarked that the office was “not worth a bucket of warm piss.”

Besides these two and the current one, how many vice presidents can you name that didn’t go on to become president?

It goes to show that people are going to choose based on the candidates who matter, the ones who are going to be making the policy, not the one tagging along.

For the rest of the campaign, the VP picks are only going to have two moments in the spotlight, when they give their speech at the convention, and when they have their debate. After the election, you will probably never hear from them again, unless they have a heart attack or shoot someone in the face.

No, vice president picks can’t make us forget about the candidate for president. We can’t think that somehow a vice president is going to alter the presidential candidate’s beliefs or make him more suitable for the job.

Biden isn’t going to change the fact that Obama has only been a U.S. senator for four years, one and a half of those running for president. He won’t change the fact that Obama doesn’t seem to have a single position that he isn’t willing to change, be it public financing, second amendment rights, electronic surveillance, and now, even offshore drilling, in order to win this election.

He also won’t change the fact that despite all of Obama’s talk of unity and bipartisanship, an analysis by CQ Weekly on selected Senate votes of his from 2005-07 show that he is a Democratic loyalist, voting with his party 97 percent of the time, and that according to the National Journal, Obama was the most liberal member of the Senate in 2007.

Biden won’t change Obama, and whoever McCain picks won’t change him either. I think we will do ourselves a big favor if we can avoid getting caught up in all of this unimportance.

Jordan is a junior in MCB and is a serious contender for McCain’s VP. But who cares?