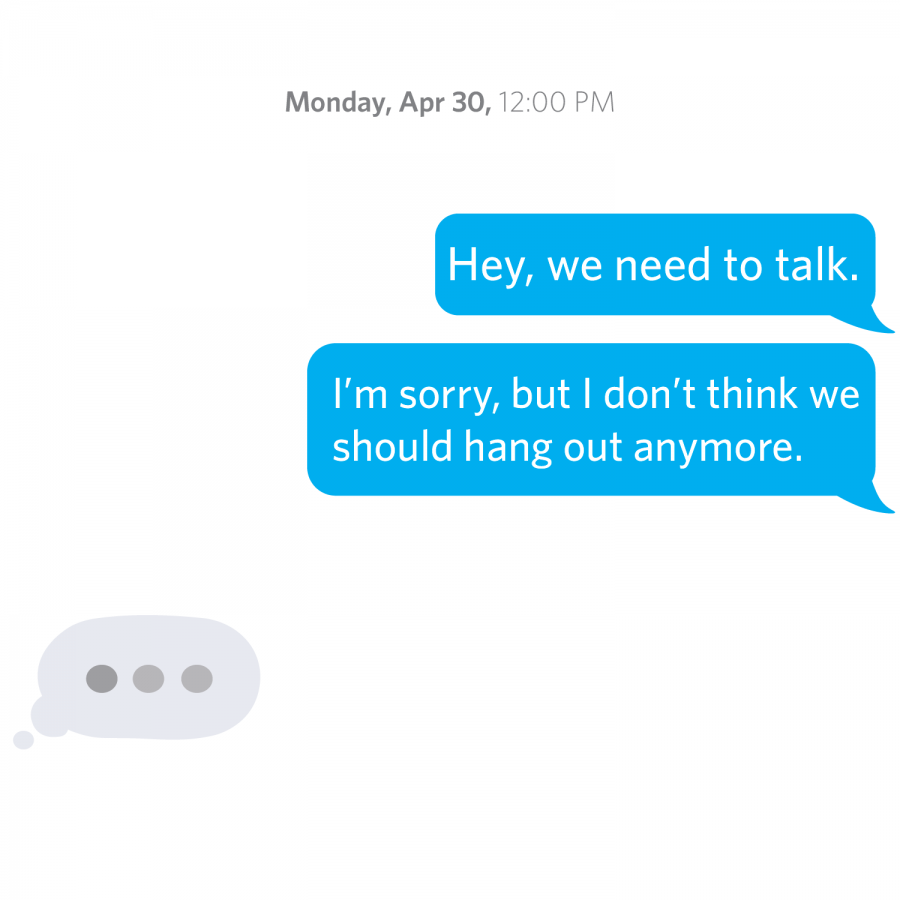 Whether it be an overbearing friend, a soon-to-be-ex-boyfriend or girlfriend or even a particularly disagreeable family member, there are some people we will do anything to avoid spending time with.

We’re not meant to get along with everyone we meet; personalities clash, beliefs differ and people change over time. It can even prove unhealthy to force yourself to spend time with those who make you anxious, unhappy or drained.

The question is: How does one avoid this nuisance in a manner that is both polite and clear?

I have always been an exceptionally honest individual. I believe in saying what you mean and meaning what you say, in being as straight-up with people as possible. Some people can’t stand me for it; for others, it’s their favorite quality of mine. Unsurprisingly, it’s gotten me into some hot water on more than a few occasions in my life.

That is not to say I disregard the value of mitigation; “beating around the bush,” as the cliche goes, is often appropriate. Being brutally honest is tactless in many delicate situations.

So, how does one reconcile honesty and complete transparency with kindness? How does one tell someone, “I don’t care to be around you?” Is there any good way to do it?

I’m asking this question because, in all honesty, I don’t know the answer. I do know a few techniques some employ that are absolutely not appropriate — one being ignoring someone’s messages and refusing to communicate with them at all.

Although this tactic will likely result in successful avoidance, it is unkind and apathetic to the person on the other end of the relationship.

Many linguists recognize that Americans view straightforward speech as one of the most important discourse norms; it is rare for us to speak in parables, as is common in other languages of the world, for example. Why is it so difficult in some situations, then, to simply tell someone what’s on your mind?

As Jack Nicholson famously retorted in “A Few Good Men” when asked for the truth, “You can’t handle the truth!” Sometimes people prefer truth in theory rather than in practice. It can often be a hard pill to swallow.

The burden of honesty lies not only upon the person with something to say, but also upon the person accepting the candor of another; it is not only the duty of the confessor to be tactful and kind, but for the receiver of the news to accept the truth with grace and understanding.

If it’s hard to say, it’s hard to hear. Honesty and kindness prove difficult, but not impossible, to reconcile; both parties need only to carry a robust sense of empathy. Remember: we’ve all been on both sides of the equation at some point in our lives.