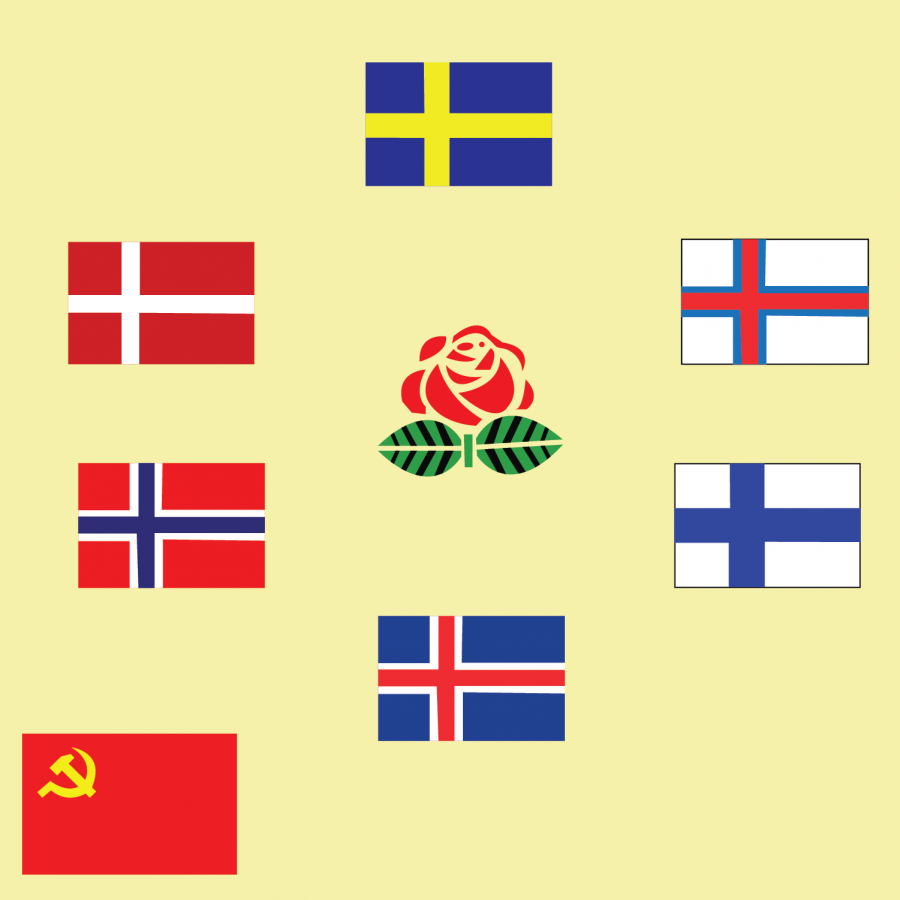 Since early 2015, when Senator Bernie Sanders announced his campaign for presidency, the term “democratic socialism” has been heavily thrown around in political discourse from all fronts of the political war.

Many, including Mr. Sanders and his growing base of supporters, associate democratic socialism with a heavy welfare state, while retaining the liberal principles of the free market. Conservative pundits, upon hearing people are more open to “socialist” policies, compare “socialism” to the likes of Joseph Stalin, while more progressive pundits use the “socialist” term as a representation of some sort of egalitarian paradise seen in the Nordic countries.

The disconnect is the two sides aren’t talking about the same thing. The Nordic countries are not democratic socialist states, as the Nordic model is more accurately described as “socially democratic.”

These two terms, while essentially mirror images of each other in text, are drastically different philosophies. Labels are often arbitrary and evolve meaning over time. Just as the term “liberal” has an altered political meaning from its philosophical one, the term “socialist” seems to be approaching the same fate.

What happens is liberals, who use the term “socialism” as an unintentional mislabeling of the Nordic model, allow conservatives to draw comparisons to the Soviet Union and use it as an example of why “socialism” would be detrimental to America.

The problem is that the Nordic countries aren’t at all socialist in the form that the Soviet Union was. It could even be argued that the Nordic model isn’t very socialist at all, as the pure form of socialism emphasizes the means of production and not so much welfare, which social democracy focuses on.

Democratic socialism refers to the anti-capitalist philosophy that the public controls as the means of production through a planned economy. Resources and labor are distributed according to what the society, whether that be through means like state or planning committees, deems appropriate.

Social democracy, on the other hand, accepts the market principles of capitalism while emphasizing the importance of collective bargaining and unionization, regulatory overwatch and an adequate welfare system.

This confusion in large part stems from Senator Sanders incorrectly identifying himself as a democratic socialist, to which he is not, as he is not even a member of the Democratic Socialists of America (DSA). He is an Independent whose beliefs align with those of a social democracy, showcased by his high praise for the Nordic model countries.

Yet since he self-describes as a democratic socialist, his supporters also inaccurately describe themselves, or at least the ideas, as democratically socialist. The actual philosophy of democratic socialism is based in an anti-capitalist planned economy. That is not how the Nordic model operates nor is it what Mr. Sanders endorses either, as they both support the free trade and the movement of goods based on liberal economic theory.

Arbitrary as it may be, a term that has a core set of beliefs should be fully understood by those who use the term. Miscommunication, especially in politics, can lead to unnecessary and unintentional bickering that halts progression in conversation.