Free speech in the post-truth era 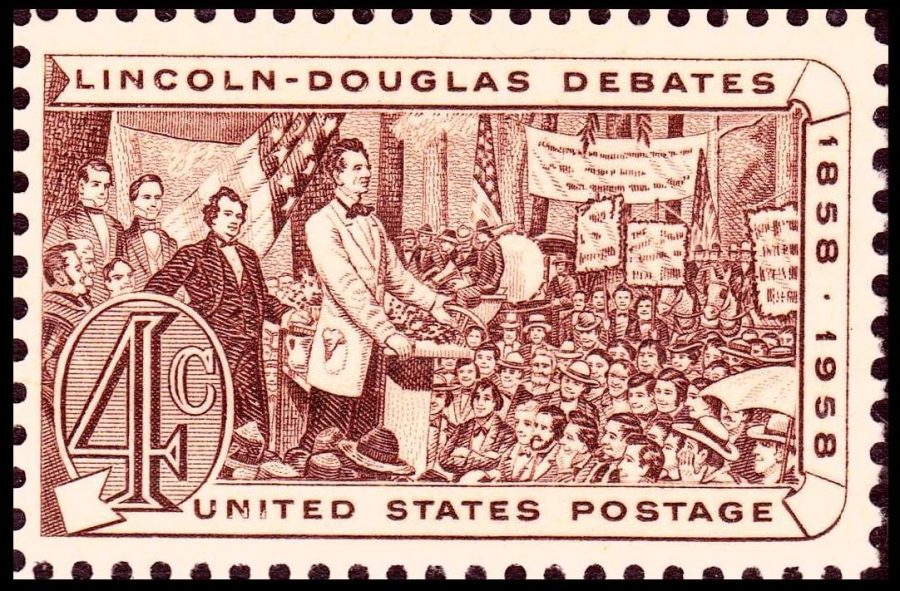 In the never-ending debate over free speech on college campuses, arguments against issues like deplatforming and safe spaces go along the lines of “instead of creating safe spaces, we should teach students how to debate” or “if their opinions are really true why can they not use the facts to prove their point?”

These arguments have a fundamental misunderstanding about our time. They rely on the noble but increasingly flawed idea that there is a free marketplace of ideas. For example, saying “Donald Trump is a liar” is one of the most polarizing statements right now. The reason is we are living in a post-truth era. Americans now disagree on very basic facts of life.

The idea that we are living in a post-truth era is best summarized by YouTuber Natalie Wynn who said in a recent video about aesthetics that, “the President of the United States is a reality-TV star … there are ages of reason, and there are ages of spectacle. The 21st century is an aesthetic century.” Her point is that charisma, emotion and feeling are more effective than facts, logic and reasoning in modern rhetoric and perception.

It explains why Donald Trump voters sometimes say they never expected him to build a literal brick-and-mortar wall and make Mexico pay for it. The chant “Build that wall!” was effective, however, because it encapsulated the anger toward immigrants many on the political right feel. From a policy standpoint, the chant was simply a stand-in for stricter immigration laws. Maybe it meant a big fence, or maybe it meant a more restrictive visa policy. Either way, Trump was not communicating a literal policy but an emotion and a vague idea.

While Trump was building an effective narrative about America — that it is in decline because of corrupt elites — Hillary Clinton, instead, campaigned on her technocratic expertise. She ran on liberal incrementalism, means testing and income tax credits. The narrative-building Trump did was far more effective because it resonated emotionally with people’s sentiments about change.

Barack Obama was a third-way technocrat like Clinton, but he was charismatic. He understood the power of emotional appeal and building narratives about America. He crafted an inspiring message about hope, change and how there is no red or blue America (which is laughable in hindsight). This explains why there are millions of Americans who voted for Obama and then Trump.

A key pillar of Trump’s narrative is creating the idea that America is in decline. To do this, he goes on about rising crime, police killings and immigrants. It does not matter that the FBI’s data shows crime and law enforcement deaths have been in decline for years. Nor does it matter that the Obama administration deported more immigrants than any other president or that immigration as a sum total is on the decline. What matters is that people are unhappy and feel unsafe.

If you are reading this column from the political right, you can dismiss everything I have said by retorting that the FBI is a liberal organ of the deep-state, so their numbers must be biased. To that, I could pull out some tired liberal line that the FBI is actually fair and just, but there is no way out of the debate. Since we disagree on validity of basic facts, we cannot convince each other of our beliefs.

In our era, your worldview is determined by where you get your news. Mostly because of the internet, there are so many different interpretations of what is going on in the world that we no longer share a common set of facts which is necessary for debate anchored in reason. If the person you are arguing with disagrees with all the fundamental facts, beliefs and assumptions of your argument, then you will not be able to change their mind. In the days of Walter Cronkite and televisions with only three channels, Americans shared a common set of ideas as the base for all debate. Since logic is no longer a useful tool for debate, the only thing we are left with is emotional appeals, like narrative-building.

Maybe you do not like the FBI example. Say you are debating with one of the growing-number of Holocaust deniers (this is one of those rare issues that most liberals and conservatives still agree on). The Holocaust is a fact of history so, at least in theory, this should be an easy argument. However, these people — Holocaust-deniers — are armed with obscure facts about gas chambers and a savant-like knowledge of Central European railways.

You would need to be a historian to actually win that debate. If by some miracle you do win, it still does not matter. Holocaust denial is not contingent on logic. It is rooted in emotion and a fear and hatred of Judaism upon which facts are loosely strung together to create a veneer of reason. Fact-based debate does not penetrate emotions.

This is why telling a Jewish student “well, if the Holocaust really did happen then you should be able to debate the opposition” is ridiculous. The same can be applied to other minority groups. It is silly to think we can arm students with an encyclopedic knowledge of history, science and rhetoric, and win hearts and minds. I am not so sure if safe spaces are the right answer. However, if you believe we can debate away hate, win elections with statistics or use logic to bridge the divide between Americans, you are making the same mistake about our current moment that democrats did in 2016.