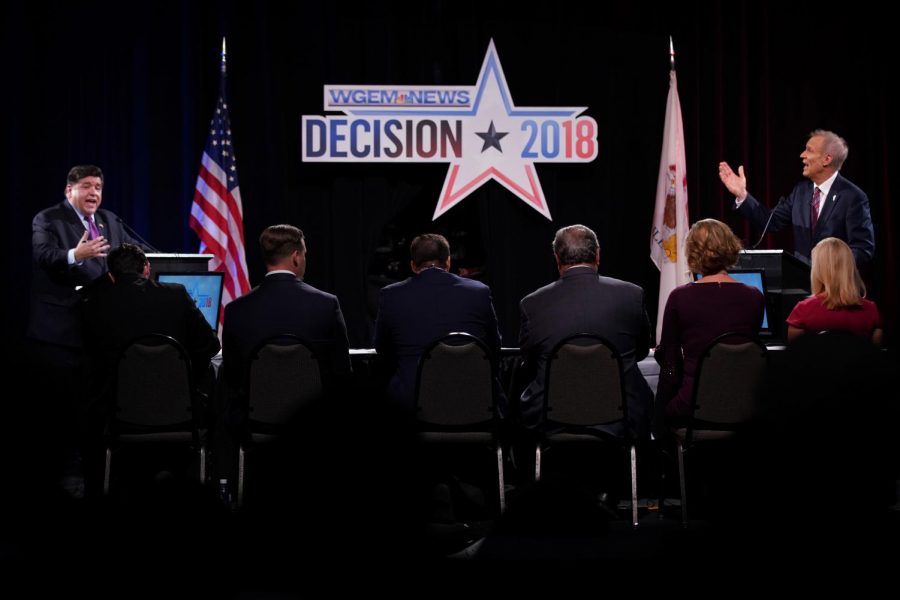 The fight between the Republican incumbent Bruce Rauner and Democratic candidate J.B. Pritzker had a profound effect on students here on campus, and not simply through the amount of ads it made them watch. Namely it showed how pervasive money is in politics through the advent of these two wealthy candidates.

Both Rauner and Pritzker ran using large personal sums to propel themselves to office. Rauner donated a total of $57.45 million to his campaign, while Pritzker put forward a total of $146.5 million toward his own. These are both astounding figures, especially considering the scope of their total campaign finances.

The question arises: What drove these men to sink almost $60 million and almost $150 million, respectively, in their efforts to become governor?

The current salary of governor in the state of Illinois yearly is $177,412. The University’s football coach Lovie Smith, the highest-paid government employee in the state, earns over 20 times as much money. Put simply, if Pritzker served as governor for the next 825 years, he still would not make back the money he spent in this election.

Pritzker will receive additional benefits, such as health insurance and a pension; however, it is quite clear these do not make up for the apparent shortfall of money lost in running. Also something to keep in mind is the office has a long history of being filled by leaders who eventually arrive in another public institution: prison.

There is often a fair bit of corruption associated with the title of governor of Illinois. Even so, it would take a large amount of this to reacquire the money these two candidates lost in their campaigns. This makes you wonder: Did these candidates bid for governorship just to put a feather in their respective hats?

Political candidates are getting richer and campaigns are getting more expensive ever since easing of campaign finance laws.

The most clear example of which was the Citizens United case. As a result, we have seen more wealthy politicians from both sides of the aisle gain traction.

Unlike many other forms of funding, there are no limits to how much money individuals can donate to themselves to get elected; this leaves wealthy candidates with a clear advantage in politics.

Many people are clearly unhappy with the state of affairs of money and politics. With our current system, can we expect more from our elected officials in office than a wealthy individual who at best bought the office as an ornament, and at worst, bought it as a tool?

Collin is a sophomore in DGS.