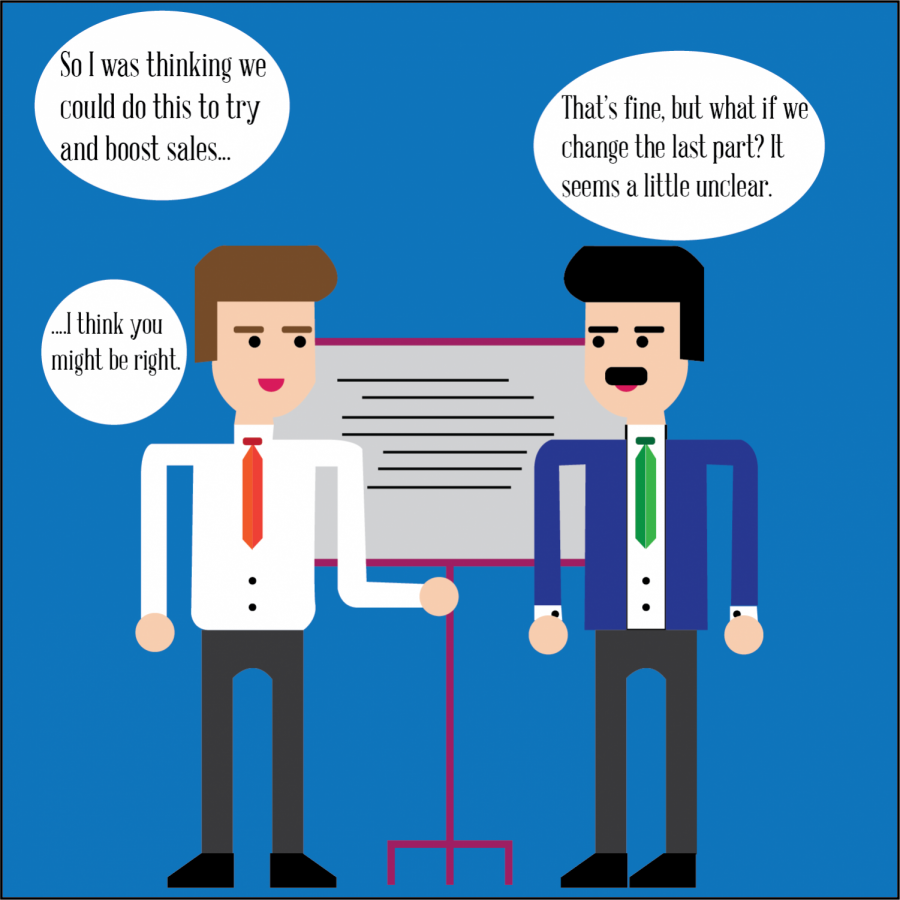 Criticism can be just as hard to give as it is to take. It threatens to demolish a promising idea like a wrecking ball, and not only does the receiver risk a sad trip back to the drawing board, but the lender can all too easily get blamed for it.

Criticism is a touchy subject even for me, seeing I’ve historically had a tough time dealing with it. I remember during one art class in kindergarten, the girl next to me leaned over to say the nose on my self-portrait looked kind of funny. I may or may not have proceeded to bawl my eyes out.

Sure, I would rather that comment went unsaid, but the more I think about it, the more it seems like the positive elements of criticism get overshadowed by misunderstandings. I was discouraged to see when I Googled “criticism,” the first definition that showed up essentially equated the word with “disapproval.” This is the traditional way of looking at criticism, but it is far from the most useful way.

Take me, for example. After the art class incident, I went home and tried drawing noses a different way. Not only did I like this new way better, but I got into the habit of drawing little cartoon characters in a way I hadn’t before. I really clicked with the stuff, and soon enough, I was drawing whole comic books. I can’t help but imagine what my childhood would’ve looked like if I had left school that day without the urge to ever draw again.

That said, if we change how we receive criticism, we have to do the same with how we give it. Always start out with what you like about the idea. Be genuine, and don’t be afraid to share your feelings. When it comes time to offer suggestions, don’t think of it as “negative feedback.” Remember, the main goal of criticism is to boost morale, not lower it. You’re essentially trying to rephrase this: “I think you’re really onto something with these parts of your idea, and with just a little more work on the other parts, you’ll have something really special.”

Don’t think you have to respond to criticism just to make other people feel happy. Criticism is for the good of both parties and should inspire constant and welcome improvement. You’ll never get a hole in one, but who’s keeping score anyway?