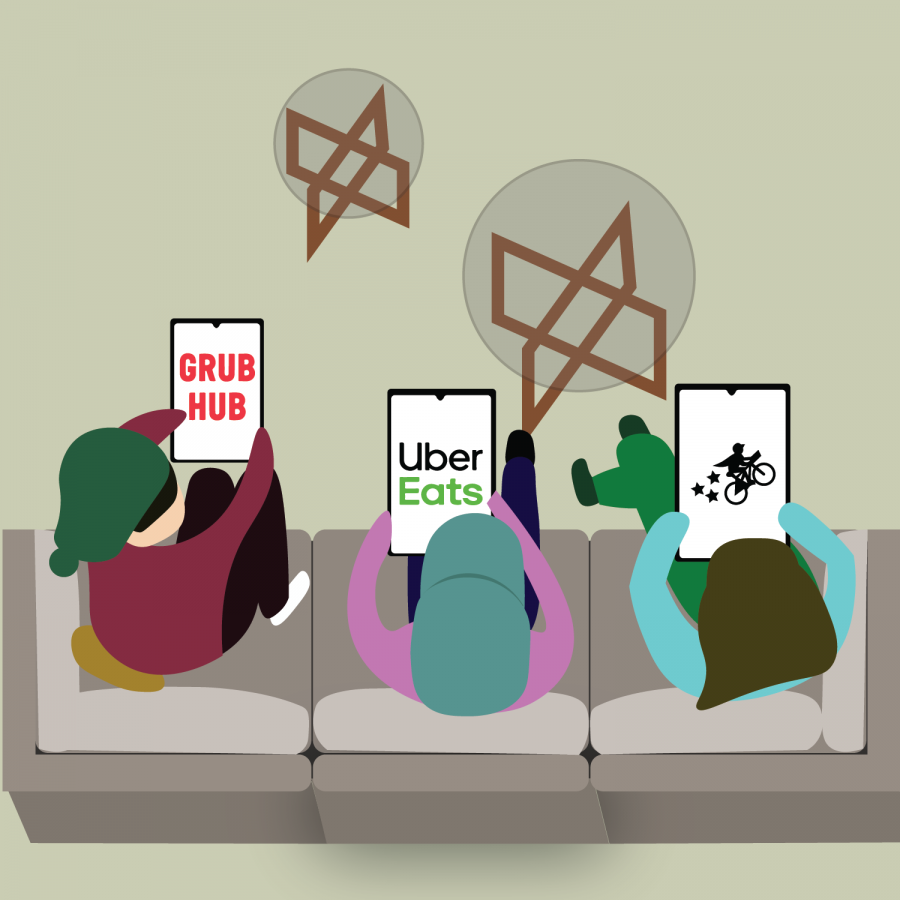 Convenience and lack of effort seem to be two of the most important factors for consumers these days. Instead of reaching for pots and pans, people are reaching for their phones and computers. This increased reliance on food delivery services to provide groceries and meals can be attributed to the behavior of millennials, as can the consequences of laziness and lack of self-sufficiency.

Loosely defined as people born in the early 1980s until the late 1990s, millennials have surpassed the baby boomers as the largest U.S. age demographic and hold much of the consumer power. The decisions made by this age group, specifically in the food industry, have a direct impact on the future of home-cooked and commercialized meals.

UBS Investment Bank published a report forecasting a rise in delivery sales could rise an annual average of more than 20 percent to $365 billion internationally from $35 billion currently. They also found millennials are three times as likely to order food than their parents, and food delivery apps are in the top 40 most-downloaded apps.

A driving factor behind this revolution for food delivery is the ease of ordering and the time saved, but this also creates a handicap for millennials who depend on these apps for most, if not all, of their meals for the day.

Millennials are often stereotyped as being lazy and entitled narcissists who still live at home with their parents and can’t maintain a job because they have no work ethic. Though the majority are myths, there is bearing to the main differences that make this age group stand out from previous generations.

Millennials are unique problem-solvers who seek to work smarter, not harder. Delivering food and saving time seems to be the most logical answer. However, this creates a routine in which millennials become conditioned to have things delivered to them, instead of going to get them. Even the meal kits that still require cooking are delivered right to your front door, a “just add water and watch it grow” toy for adults.

We live in a time in which revolutionary breakthroughs are increasing the quality of life while decreasing how much work humans actually have to put in. We have technology audio assistants searching up information so we don’t have to, smart cars that can drive so we don’t have to, but at what point do we stop creating tools which take away the functions that make it meaningful to be human in the first place?

The Disney-Pixar film “Wall-E” captures this idea quite perfectly: Humans are the willing and naive consumers of large corporations who pander to their superficial whims and leave them lazy, bored and unfulfilled. It should be jarring to realize the large, obese people moving around in the robotic couches could too easily be us in the foreseeable future if things don’t change.