How decline has changed America’s politics 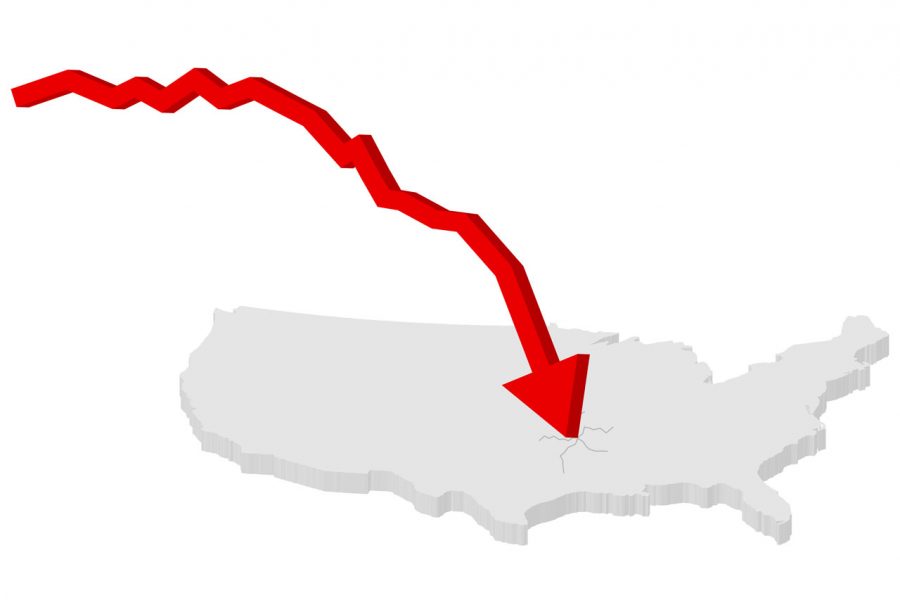 Columnist Joseph recognizes the feeling of America's decline in modern political spheres. He argues people vote against the party they blame for this deterioration.

The sentiment of American decline is not just an abstract political idea, but something felt by Americans at home. According to a Pew Research Center poll, most Americans believe the country is in decline and will be less important on the world stage by 2050.

In a time of incredible political polarization, it is almost darkly funny one of the few things we can agree on is the country is broken. More so than just a feeling about the trajectory of America, the spirit of decline is the lens through which all politics is now viewed. Since both sides agree America is ill, each side must blame the other for the current state of affairs. This is possible because fiscal conservatism commands the economy while left-wing ideology dominates the culture. So left-leaning voters see America’s decline as a failure of neoliberal capitalism while conservatives see it as a result of “degenerate” liberal culture.

If there ever was such a thing as a culture war, liberals won. In the 1980s, there was a belief the religious right was going to win back some of the ground it lost in the Sexual Revolution. Conservative religious figures, like Jerry Falwell and Pat Robertson, rose to prominence as political ones. Their affiliated organizations, such as the Moral Majority, campaigned to make pornography illegal, amend the constitution to define marriage as heterosexual, criminalize abortion and reinstate prayer in public schools. Although these organizations and ideas are no more than a few decades old, these policies feel antiquated because of how badly the religious right lost the culture wars. Even a candidate like Trump, whose amoral lifestyle would have made holding office untenable just a decade ago, is widely supported by evangelicals. The religious right has widely abandoned its own principles.

Similar to the religious right’s abandonment of its own cultural ideals, the Democrats have mostly given up on the New Deal redistributive policies that were once considered moderate. But the popularity of Reaganomics and the pro-Capitalist sentiment created by the end of the Cold War forced many Democrats to reconsider the feasibility of their politics. Thus arose centrist Democrats, like the Clintons and Obama, who believed in limited social welfare, unlike their predecessors ⁠— the New Deal Democrats.

Obama, following Clinton’s neoliberal lead, attempted to defund both Medicare and Social Security by billions of dollars. He bailed out large corporations using taxpayer money without prosecuting anyone for the irresponsible speculation, which created the financial crisis. And while his left-leaning claim to fame is the Affordable Care Act, it is based on a plan that came from a healthcare blueprint created by the Heritage Foundation, a conservative think tank. It was hardly a radical plan. For a man called a socialist by his enemies, he was a very bad one.

Compare this to President Nixon who, despite being a Republican, created the Environmental Protection Agency and lobbied for the creation of a universal basic income and national health insurance. He sounds more like Bernie Sanders than Trump. However, it goes to show how in less than 50 years, America’s right wing has narrowed the Overton Window to exclude any policies further left than Obama’s.

This also helps explain why Donald Trump won in 2016. His slogan, “Make America Great Again,” concisely tapped into the idea that something has gone awry in America. Foolishly, the Democrats offered no real counter narrative. Compare the 2016 Republican and Democratic National Conventions. Many pundits observed in an odd reversal of roles, the DNC was far more patriotic than the RNC, with Hilary Clinton declaring “America is already great” and inviting speakers, like Michael Bloomberg, whose political objective is to maintain the status quo. This was a rhetorical flop; it stood in ignorance to how most Americans actually feel about about the state of the country. Instead of recognizing their grievances, Dems tried to paper over it with hollow patriotism.

While the lens of decline holds true for the political left and right, centrists are the only group generally content with the state of America. What determines people’s political views in the Trump era is how they perceive decline. If you believe that political correctness, diversity and immorality have led to America’s decline, then you vote conservative. If you believe that income inequality, the hollowing of the middle class and the possibility of climate catastrophe is bringing about America’s downfall, then you vote liberal. Whoever you blame for our decline is who you vote against.