Opinion | ‘Joker’ is not your scapegoat 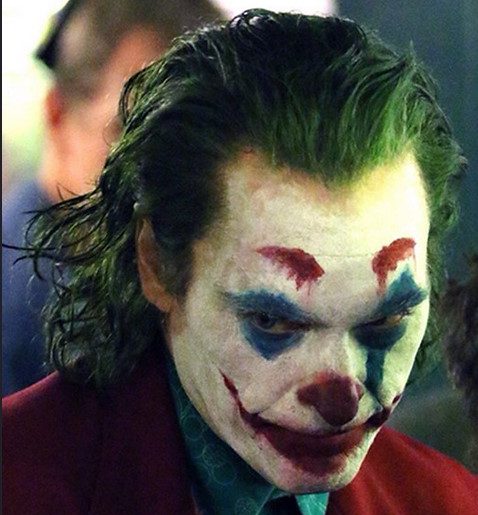 Friday, the new “Joker” movie was released in theaters, telling the origin story of the iconic Batman villain. The movie is faced with criticism, as fear of violence has caused a massive reaction among certain individuals.

The U.S. military has been on high alert for potential violence committed by fans; victims of the 2012 movie theater shooting in Aurora, Colorado, express concern about the film being released and reports of movie theaters banning single people from seeing the film have been spreading across the internet.

Although it is not the first time a piece of art has spread such large fear, including the satanic panic of the ‘90s, it’s hard for me to recall this type of panic surrounding a film. It seems as though this movie, as well as the reaction it has been facing from critics, is more reflective of the world we currently live in than the message of the film.

The movie is definitely difficult to watch. The film shows the gruesome life of main character Arthur Fleck and the events that lead to him becoming the Joker. It touches on themes such as mental illness, child abuse and poverty, all propelling a man down a spiral of madness that culminates in sheer misanthropic violence.

If the movie had been released at any other period in time, there wouldn’t have been nearly as much outrage as it is facing now. But due to the nearly constant string of violent attacks, the fear of a mentally ill disgruntled man is becoming more and more real in the eyes of many. I’m not going to pretend the Joker doesn’t at least seem to pull inspiration from the recent mass shooting epidemic.

But the character of the Joker has always been reflective of society’s current fears, being portrayed as a mobster in the ‘80s Batman films as well as reflecting the fear of terrorism prevalent at the 2008 release of “The Dark Knight” movie. The only difference between this film and the others is the character of the Joker seems to so effortlessly slip into our fears of the lone gunman.

It’s almost ironic that in the film, the Joker’s actions are not political but are perceived as such by the masses, which is the same fate the movie endured.

Any dark interpretation of the Joker following the shooting in Aurora was bound to face some criticism. However, the initial reporting that gunman James Holmes was inspired by the Joker is completely false. The man was simply looking for a confined space filled with people, as awful as that is.

Even if the Joker was an inspiration for violent attacks, to blame the character for the attack would be as ridiculous as blaming The Beatles’ music for the Manson murders. Deranged people will always seek an excuse for their actions.

It’s completely unfair to put the weight of an epidemic on the shoulders of a film. It is unclear what started this surge of spree killings, and it’s even less clear how to end it. But using a movie as a scapegoat is not the solution.