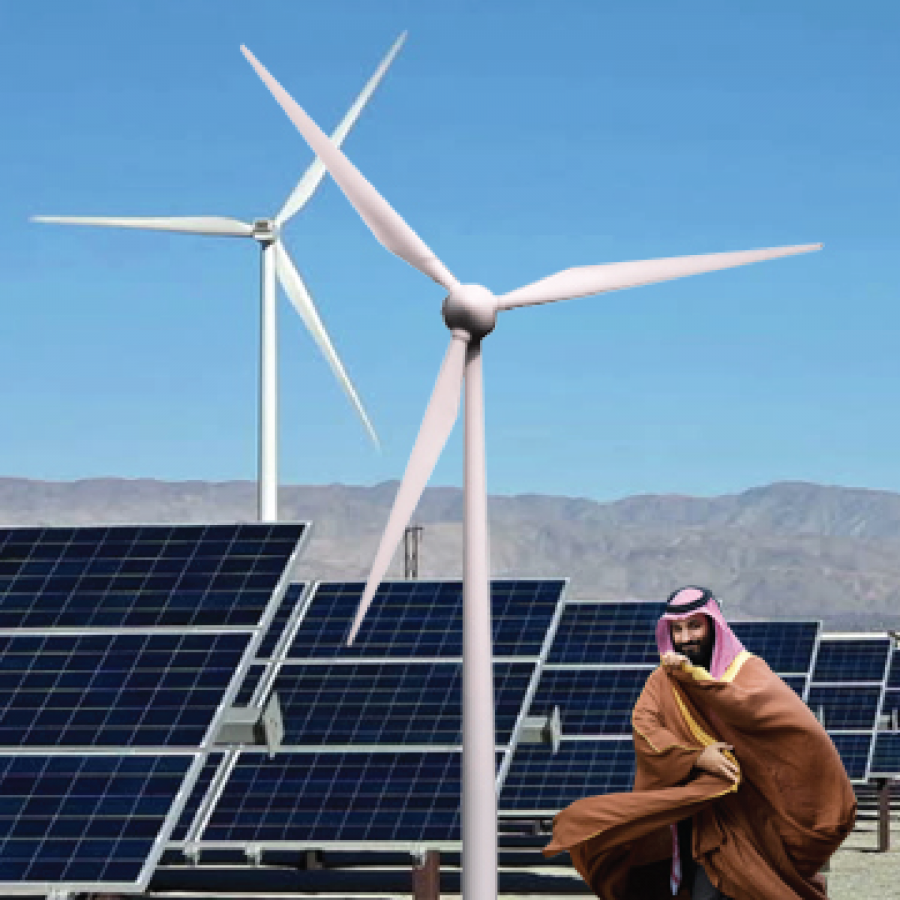 The most profitable company in the world, Aramco, is issuing shares to the public in a bid to diversify and grow Saudi Arabia’s $683 billion economy away from black gold.

Saudi Arabia, one of the last remaining absolute monarchies on earth and a country as controversial as the day is long, realizes the global push into other energy sources could hasten their demise if they are too late to react.

Although oil isn’t going away anytime soon, Prince Mohammed bin Salman believes selling Aramco shares to the public is the best decision for the future of Saudi Arabia. The money will flow into the country’s sovereign savings account—known as the Public Investment Fund.

Plus, investors are told the money in the Fund will not go into the coffers of Saudi royalty but instead into enormous real estate projects meant to stimulate jobs and, most importantly, bankroll renewable energy developments.

And if you believe the Saudi government, this is a big deal.

The writing is on the wall when the de facto leader of the Organization of Petroleum Exporting Countries says they need to invest in renewable energy. No matter your opinions of Saudi Arabian politics, this IPO could be incredible for the human race and has the potential to push global oil giants (OK, maybe not Russia) to move the world to cleaner energy sources not dependent on burning old dinosaurs.

The guiding force behind this public offering of arguably the world’s biggest company (many value Aramco near $2 trillion dollars) is capitalism and the proof that companies will “do the right thing” when it is profitable to do so.

Saudi Arabia recognizes that climate change poses a risk to their entire economy as oil demand can only go down from here. In a recent Aramco prospectus ahead of their IPO, they cited a list of risks that include a focus on the impact environmental uncertainty will have on the oil giant due to a global aversion to the juice their selling.

As is the goal of any public offering, Aramco hopes to grow the money they earn from selling shares. But perhaps different than many IPOs that simply invest proceeds back into growing the company’s same operations, the money will fund an entire country’s move into completely new operations.

The company believes they and their country will be more profitable for longer if they allocate the necessary capital to investments in the future of the planet.

And to stay profitable, the company recognizes with far greater conviction than any other oil giant that renewable energy production will be the income that they need. Although many American companies are making strides that their PR teams label as extremely impactful environmental work, there has yet to be a true provision in place equal to a commitment to renewable energy that the Saudis are making.

Sure, Bernie Sanders and Elizabeth Warren can spew their plans for the future of the planet all they want, but they are merely bidding to make the energy business less profitable, which means people will get crappier resources, far less research and development investments in a global energy market that will change at glacial speed.

Of course, this immense revolution of an entire country will take time, but it is a start far more monumental than anything else being done in the hydrocarbon industry.

I laud the Saudi Arabian government for the careful and diligent process they took to ensure they sell Aramco shares at the opportune time. If the deal can be finalized by the Dec. 5 goal, I believe we will see a global shift in energy that hasn’t been seen since Rockefeller’s Standard Oil first struck black gold in Saudi Arabia 81 years ago.