Opinion | What it really means to be pro-life 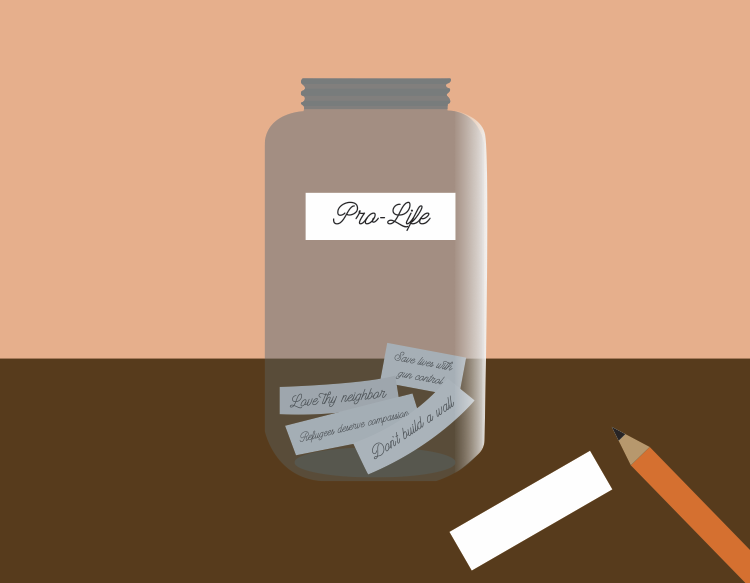 I am proud to be pro-life.

Being pro-life, contrary to popular belief, means more than being anti-abortion. People are pretty confused when they hear I label myself as a pro-life woman. They say I can’t be a feminist, that I must hate other women, that I must be a crazy-conservative bigot.

Pro-life, however, does not equal conservative; on the contrary, being pro-life is a radical stance bearing powerful consequences, many of which are, in fact, rather liberal.

To me, being pro-life means not only believing in human-caused climate change, but doing your best to live responsibly and sustainably. It means you should care for the earth and support businesses whose goal is to preserve the planet for future generations.

Being pro-life means believing our country’s gun problem will not be solved with more guns. I, for one, am sick and tired of hearing the “Good guys need to have guns to stop the bad guys!” argument. Right now, the good guys actually have guns, and our country still leads the world in shootings.

If the “good guys need to have guns to stop the bad guys” argument worked, we wouldn’t have had 369 mass shootings in 2019 (as of Nov. 17). The good guys have guns. People are still dying from gun violence.

Being pro-life means you don’t see refugees as “not my problem.” It means following the golden rule and loving thy neighbor, even when it’s not convenient for you. It means not hating another group of people you know nothing about just because you heard on Fox News that “all Muslims are radical” or something equally ridiculous.

Being pro-life means you don’t think we should “build a wall” (I can’t even believe I have to say that!). It means understanding the violent and fear-ridden lives immigrants flee and recognizing if you were in their shoes, you would be doing the same thing. And even if there was a wall, you would do whatever you could to get over it, too.

Being pro-life means you don’t believe health care is a luxury. It means you believe every person, in their inherent dignity as a human being, deserves access to all the resources available in our world to make them healthy and to let them live the best lives possible. It means health should not be a privilege to which only wealthy people are privy.

Being pro-life means believing a woman’s body and fertility are her own and therefore should not be subject to regulation based on the pressures of a society where unplanned pregnancies are frowned upon. Life happens. Unplanned pregnancies happen; there should be no shame in them. Our problem is not pregnant women but how society views them. Women should not end pregnancies due to fear of judgement from the unforgiving.

It hurts my heart when I hear people who claim they are Christian, who claim they are pro-life, speak such hatred against others just because they are different from them. When people tell me they think pro-lifers are crazy, I often agree with them. Many pro-life politicians, in fact, are undeniably hateful hypocrites.

I am proud to be pro-life. I’m proud to say I genuinely believe in the dignity of all humans; mother, fetus, immigrant, student, those without access to health care. I don’t demonize or judge those who do believe in abortion but hope they can pause to consider the other side of the argument.

I apologize to you for any encounter you’ve had with a person who may have said something like, “If you get an abortion, you’re going to hell!” or something equally horrible.

The problem is, nobody who is hateful believes they are hateful. Nobody who’s racist thinks they’re racist; nobody who’s xenophobic thinks they’re xenophobic. If they did, they would change. We all have blind spots, and we all tend to think we’re doing better than other people are at loving our neighbor.

I’m not perfect, and I’m sure I’m not the most loving person all the time, either. But I do try, and I know you do, too. I’m pro-life because I want so badly to love my neighbor, no matter their race, religion or even their opinion of me.

Whatever your stance, have empathy. Have love, not hatred, for those who disagree with you. Love is, after all, the thing that changes hearts, not arguing, not rants on Facebook, not telling people how horrible they are for what they believe. It isn’t easy, but it’s the most important part of being pro-life.

Whatever you do, do it out of love.