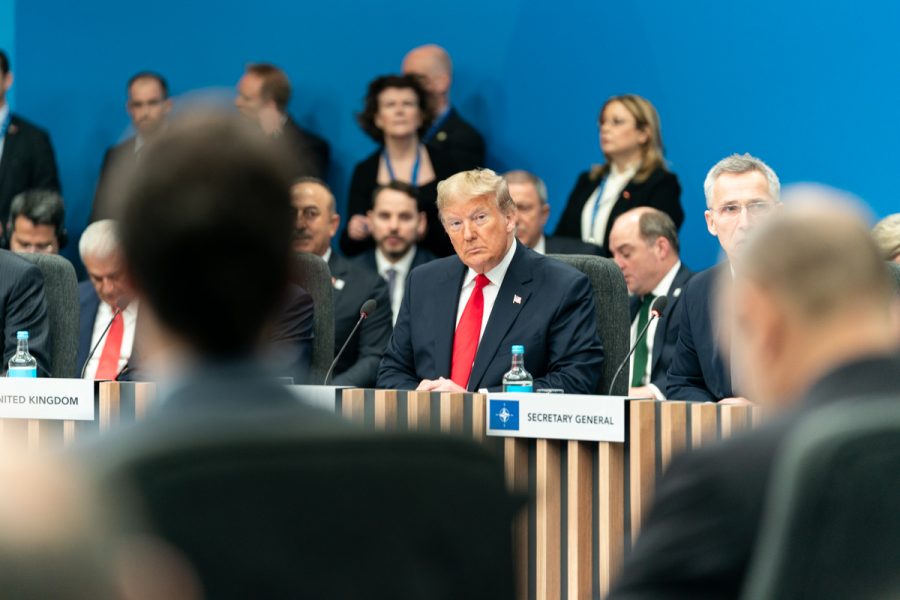 President Donald Trump is a laughingstock. You probably already know this if you have been following the events of his presidency with even the slightest degree of concern.

In less than four years, Trump has managed to further tear apart our already severely divided society, alienate all of America’s most important allies and pull out of the most important climate agreement in history. He’s done all of this while failing to foster any more than a single piece of major legislation — the Trump tax cut — even though he and his party had control of every lever of the federal government for two long years.

All of those examples, sad and pathetic as they may be, are not really the focus of this piece. No; what I’m concerned about here is how Trump is an actual laughingstock, not just among most Americans in regard to how he has governed, but in apparently the most literal sense among the leaders of some of our most important allies.

You see, during Trump’s recent trip to London, a video surfaced of Prime Minister Boris Johnson of the U.K., Prime Minister Justin Trudeau of Canada and President Emmanuel Macron of France appearing to show all three men mocking Trump’s behavior rather openly. It would appear that these men have had conversations like this one before, and I would not be at all surprised if many other world leaders discuss Trump among themselves in this way with a great deal of regularity.

And this is far from the first time Trump has been made the butt of a humiliating joke by other world leaders. He actually managed to inflict one upon himself when he gave a speech at the United Nations during which he said, “In less than two years, my administration has accomplished more than almost any administration in the history of our country.” I suppose this is true if you measure “accomplishment” by the number of children in cages. This statement was met by immediate and thunderous laughter from nearly all in attendance, and Trump was left visibly embarrassed.

Trump was also mocked in a way very similar to how he was by Trudeau and friends. Back in 2017, Australian Prime Minister Malcolm Turnbull openly mocked Trump’s use of the phrase “winning so much” at an event while speaking to a large audience.

These are stark examples, but there are many other ways in which Trump has embarrassed both his country and his office, and he continues to do so. The Access Hollywood tape, claiming Sen. John McCain was not a war hero, claiming most Mexican immigrants are murderers and rapists, committing multiple counts of obstruction of justice, committing bribery and — oh yeah — that time he boarded Air Force One with toilet paper on his shoe. But I guess if you compare all of that to the time Barack Obama saluted with coffee in his hand or wore a tan suit, then the two are about even with regard to the amount of shame they have brought upon the country.

All jokes — and toilet paper — aside, I don’t see any of this through some partisan lens. Of course, I agree with much more of what former President Obama has to say than I do with Trump, but that isn’t the issue here. A president has never acted this way before. Go all the way from George W. Bush, back to FDR, and never will you see a president who behaves with such personal indignity or with such little regard for how his behavior affects the image of his office and country. Apparently, many world leaders agree.

Since the end of the second world war, America has always been the leader when it comes to building global coalitions to solve incredibly important problems, to foster peace and to ensure security, and that needs to remain the case. The U.S. has more potential than perhaps any other country to help lead our entire world towards a brighter future, but this won’t be possible if the President has to eat alone in the NATO cafeteria.

This will perhaps be the greatest test faced by the next president after Trump. Whoever that person is, they need to come prepared with both the understanding of how challenging it will be to regain the world’s respect and a bold plan for how that will be accomplished.