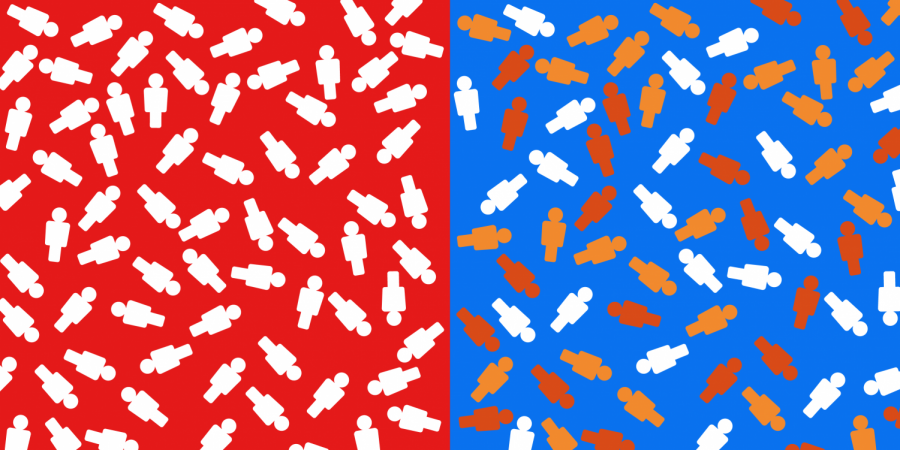 In 1976, the white Christian demographic accounted for roughly 81% of the American population. Today, only 43% of America is white and Christian. These findings underscore the rapid diversification the country has experienced in the last half-century.

But while demographic shifts are remodeling America, the Republican Party is still predominantly comprised of white Christians (73%). The party’s composition also over-represents Evangelical Christians (35%) when compared to the country’s population as a whole (17%). American society has been adapting much quicker than the GOP party platform. This is something that should frighten Republican operatives — and it very much does.

At a glance, the Republican Party may seem like an obstinate monolith. However, the Republican Party, like any large group, has many subgroups with competing interests — the Christian right, wealthy capitalists, farmers and white nationalists (oh my!). How the party prioritizes those groups and their interests speak to the ultimate goal of the party.

While diverse in some ways, the party commands virtually no ethnic or religious variety. The GOP has long struggled with coaxing minority voters to identify as republican. A majority of Jewish, black, Latinx, Muslim, Asian and LGBT voters vote Democratic in elections.

The party has a minority problem for a few key reasons.

First, “conservatism” is inherently going to dissuade minorities. “Conservatism” is the side of the political spectrum that, by definition, proselytizes the continuation of traditional social norms and institutions.

Conservatism means protecting the past, and the American past is a society dominated by the white Christian demographic. Republican ideas implicitly assume a white, Christian identity that is off-putting to those who are not. Conservative ideas could certainly exist if the GOP changed to advocate for ideas not reminiscent of the Jim Crow-era America.

Furthermore, the adopted neo-conservatism moves away from this idea of equality, already asserting that people are equal and small government should exist with no obligation to tackle inequality. But this neglects existing inequalities from America’s dark history. Minorities, damned to lower socioeconomic statuses, will not support a party doing nothing to lift them from poverty.

Secondly, Americans have been socialized into this white culture that dominates the media, societal norms and traditions. Acting “white” grants career advancements faster, and conforming to the conventional morals of a white Anglo-Saxon Protestant is seen as more socially acceptable.

White America has always had hegemony over the country’s culture, and it is frightening to the GOP that the winds of change may be on the horizon. This is also why the GOP, overwhelmingly white, pushes for assimilation rather than acculturation, so as not to lose America’s cultural past.

But America has moved past those days. The increasingly diverse nation has become conscious of just how exclusive and restricted its culture has been and how it has been heavily dictated by the majority demographic.

Finally, the GOP struggles to retain minority groups because of messaging. The GOP attempts to persuade minorities the issues the party cares about are relevant to them rather than acknowledging the issues minorities tell the GOP are important.

For example, the Trump administration has focused on economic growth through tax cuts and job creation. The party has used these favorable economic indicators to try to entice black voters, despite the economy not being a top black voter issue. Black voters have complained to politicians about affordable housing and healthcare, police brutality and racial inequality. While democrats have taken decisive policy stances on these issues, republicans have disregarded them.

Republican opponents warned of a primary challenge mirroring Dukakis’ “Willie Horton Scandal” if Trump advocated for the passage of this bill, but the administration pushed forward.

Additionally, black voters tend to be more conservative democrats. They prefer moderate establishment types to progressive messiahs. The black demographic is more Christian and fiscally conservative than most reliable democratic voters. However, they are a captured group by the Democratic Party because many republican ideals serve as a reminder of historical black oppression.

For the GOP to attract any minority voters, it must rework its entire messaging at the risk of alienating white nationalists.

Studies from the Public Religion Research Institute and Pew Research Center reveal republicans are likely to indicate they see discrimination against whites and evangelical Christians. Of course. It has been said, “When one is accustomed to privilege, equality feels like oppression.”