Opinion | Tattoos should not be taboo in the workplace 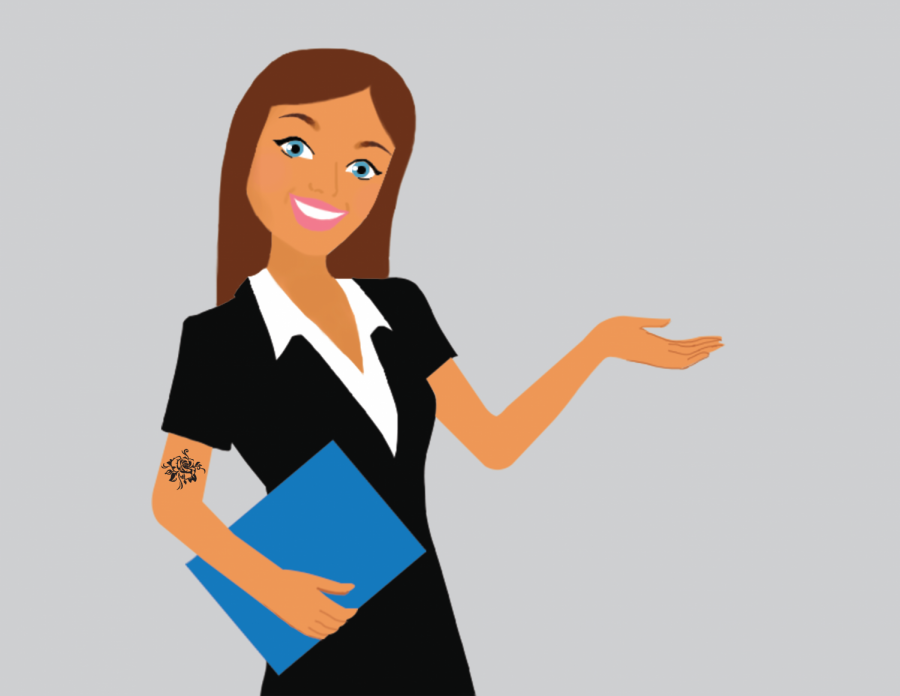 We’re constantly told, “Don’t get a tattoo where people can easily see it. You won’t get hired anywhere with that!” Being a college student with an affinity for body art can be tough when you’re constantly reminded to find a way to cover it up when you have a professional job.

Getting a tattoo is for yourself, not for the judgement or approval of others. Tattoos are a form of self-expression. While it may have been viewed as a rebellious, impulsive or unintelligent decision in the past, society is slowly coming around to the idea that tattoos are more than just scarring your body with meaningless symbols.

They are a way for people to display beautiful art, memorialize loved ones, cherish spiritual or cultural traditions and more. While some do get a tattoo that they just think looks cool, others get tattoos for more personal and meaningful reasons. The primary reason people get inked is to pay tribute to a loved one that they have lost.

With that said, employers should be allowed discretion on what is appropriate for their workspace. Individuals with tattoos displaying foul language, nudity, or adult themes shouldn’t be allowed to display them when working with children; but it shouldn’t be a problem if they work in a motorcycle or mechanic shop where their interactions are mostly limited to adults.

The problem with employers being allowed discretion on this issue is the fact that most of them were born in a generation that was told tattoos were dirty and made a person less respectable. They have built their companies around this ideal and so are less willing to accept the shift towards tattoos being allowed in the workplace. They feel that the majority is still without tattoos and they shouldn’t have to conform to this new way of life.

That is, however, not the case. Legal protection in the workplace needs to be considered now more than ever because the number of people in the US with tattoos has increased exponentially in the last couple of decades. In 2018, an estimated 42 percent of Americans had tattoos, up from 21 percent in 1999. College-age individuals, ages 18 to 24, went from 13 percent in 2003 to 38 percent in 2017.

As more and more people take the leap and get inked, tattoos are becoming a societal norm. Our employment and hiring policies should reflect this significant change. It will become very difficult for employers to find the number of workers they need if they openly discriminate against a large percentage of the population.

Marykate is a sophomore in DGS.