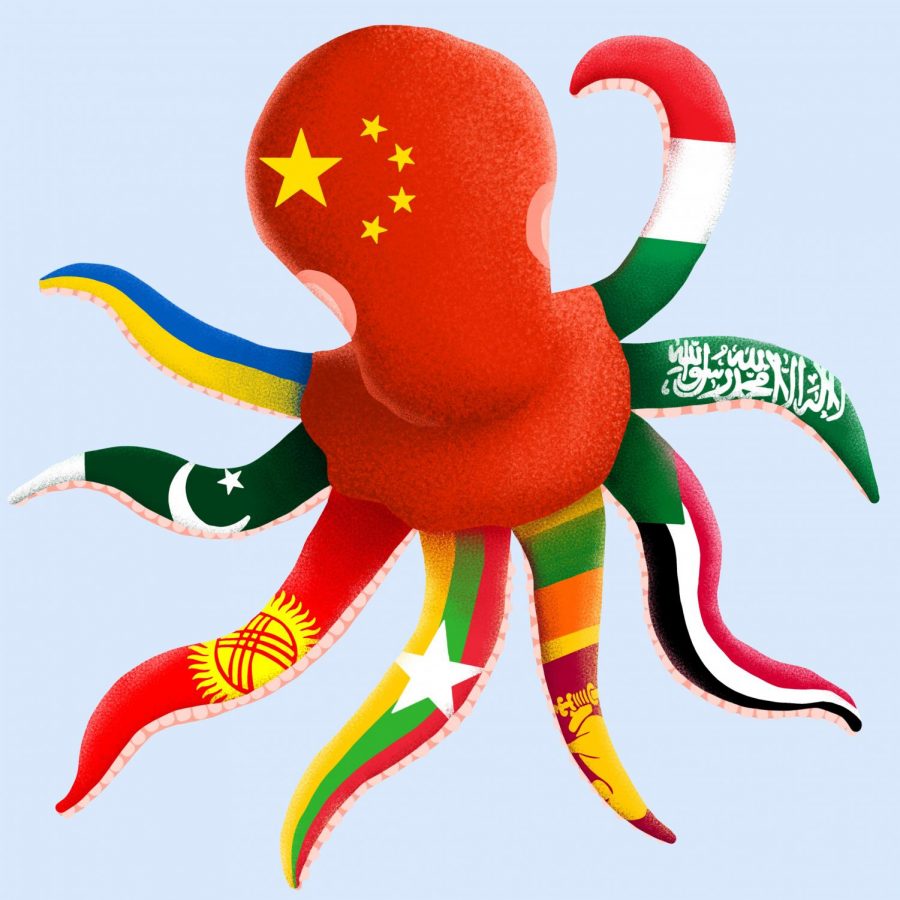 When it was forged, the Silk Road was made up of crucial trade routes that connected the two great civilizations of China and Rome. In its prime, the Silk Road stood as the first symbol the world would ever see indicating that increased connectivity mutually benefits all those involved, an idea that would crescendo into modern theories of globalization.

In China, President Xi Jinping has pioneered the most bold infrastructure plan in history: the Belt and Road Initiative. At its conception, back in 2013, President Xi advocated for the creation of a “21st Century Silk Road,” and shortly thereafter China would completely reinvent its foreign policy. The BRI is President Xi’s legacy project that has cost somewhere between $1-8 trillion, spanned over three continents, touched over 60% of the world’s population, and reaches 75% of the world’s known energy reserves.

The Belt and Road Initiative at its core is a series of loan agreements for infrastructure developments between China and nearly 70 countries and international organizations that together account for up to 40% of the world’s GDP.

China essentially agrees to loan money to countries to build a port, railway, energy plant or other infrastructure development with the expectation that the country pay back the loan. Unlike western loans, which set strict ethical and environmental standards, China’s loans have few strings attached. One of these strings is that China be involved in building these infrastructure projects, so that Chinese construction firms acquire these BRI contracts and China receives a slight boost to its economy.

Because many of these projects connect the targeted country to China, the BRI gives China a lot of new far-reaching networks like a railroad connecting it to London or a high-speed rail in Southeast Asia. All of these developments strengthen trade, infrastructure and investment links between a multitude of countries and China.

The “Belt” refers to the land routes, a recreation of the Silk Road connecting coastal China to cities as far as London. The “Road” refers to the maritime routes created by new ports and waterways. While helping these smaller, developing countries advance, it also makes trading with China stupidly convenient. China gets new corridors and trade routes, while the connecting country sees more economic activity and a boost to its economic growth.

China is currently building infrastructure in Eastern European states — seen as too corrupt and underdeveloped for Western investment. By building routes into these future EU member states, China is setting itself up to ship its goods into the EU common market of half a billion consumers. With Italy, the world’s eighth largest economy, embracing the BRI in March 2019, Beijing has sunk its claws deeper into the Western market.

But there is another side to the story. Many of these developing countries that have entered into loan agreements with China are at risk of defaulting on these payments. In a few instances, when a default became inevitable, China seized this opportunity to enter into a lease agreement, where China would lease the infrastructure for a set number of years from the government. China is leasing a port in Sri Lanka and a port in Pakistan. It had pushed for a similar deal over a Myanmar port, but the government chastened the deal over a fear of a debt-trap scheme.

Furthermore, President Xi publicizes the BRI as purely a peaceful economic development plan. However, there are likely shrouded military ambitions. With China using insurmountable debt as a means to “capture” ports it has built-in strategic locations in coastal countries, some geopolitical analysts worry China is using the BRI to craft a network of ports to host its navy and expand its military presence from the African coast to the South China Sea. This is known as the String of Pearls Theory.

Globalists think these connections will benefit millions of people and help grow many economies faster to suppress global poverty, while critics see China’s BRI as a form of predatory lending in order to procure economic interdependence on China and geopolitical influence, termed “debt-trap diplomacy.”

Xi Jinping’s Belt and Road Initiative, while patently manipulative of countries it claims to help, is incredibly crafty and an ingenious legacy. It is a clever way of quickly ascending to a world superpower through sheer economic strength rather than traditional military conquest. The BRI is reengineering global trade with China as its hub. While it was once said that all roads lead to Rome, this 21st century Silk Road is swiftly proving that soon, all roads will lead to China.