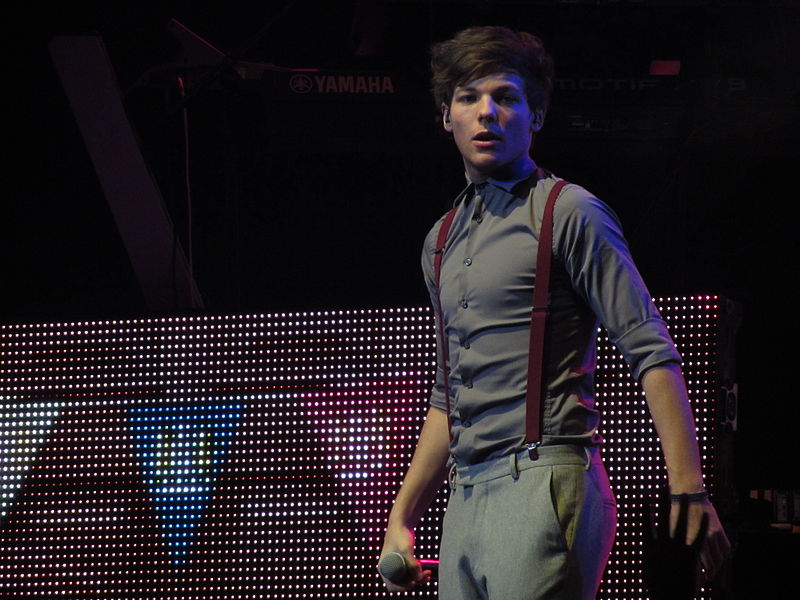 Louis Tomlinson, a member of the well-known boyband One Direction, finally released his long-awaited solo album. Fans of the band and Louis “stans” (those who favor Louis above the other members) have been eagerly waiting to hear Louis’ personal sound, uncombined with the rest of the band.

Louis and Niall Horan were both frequently made background singers on One Direction albums as they had “weaker” voices compared to the “stronger” ones of Harry Styles, Liam Payne and Zayn Malik. The Louis and Niall fans disagreed heavily with this choice; many thought that both of them could succeed on their own if given the chance.

However, fans had to wait for Louis’ album a bit longer than his former bandmates’. The main reason for this delayed release was the string of tragedies in his personal life since One Direction went “on a break.” In 2016, Louis Tomlinson’s mother, Johannah Deakin, lost her life after battling an aggressive form of leukemia. Then, in 2018, Louis’ sister, Félicité Tomlinson, passed away from an accidental drug overdose. These tragic events shifted the singer’s focus from solo music to family.

Fans of the One Direction star have been supportive and understanding throughout these past couple years, though couldn’t have been more excited to hear about the release of his album in 2020. “Walls” evokes strong emotions — you can hear the pain, love, longing and strength throughout the album. It connects with people in a different way than most of the mainstream pop music that the early One Direction albums released.

One of the most emotionally charged songs on the album is “Two of Us.” This song speaks of holding his mother close to his heart after her passing, and living his life for both of them. As anyone who has ever lost anyone in their life can tell you, the hardest part of losing them is finding a way to live in a world without them. Louis brings to light this difficult part of the grieving process and how you start by taking it one day at a time.

Louis sings of a lost love in some of these songs such as “Always You,” “Habit” and “Too Young.” The song “Always You” talks about how he feels lonely no matter where he goes and he sees one person everywhere. Anyone who has ever had a serious relationship and broken up with them has felt the constant ache of a broken heart. Hearing this song shows that Louis understands that pain and it allows people to have a song that puts this feeling into words.

He touches on finding inner strength in the songs “Defenceless,” “Only the Brave” and “Fearless.” The song “Fearless” speaks of being “strong enough to get it wrong in front of all these people.” This can apply to a lot of different situations as people with stage fright or confidence issues can relate to finding their inner fearless person.

Overall, the album “Walls” showcases the struggles that Louis has gone through and gives his fans something raw and real to relate to, as it displays an authenticity that is rarely found among other pop artists.

Marykate is a sophomore in DGS.