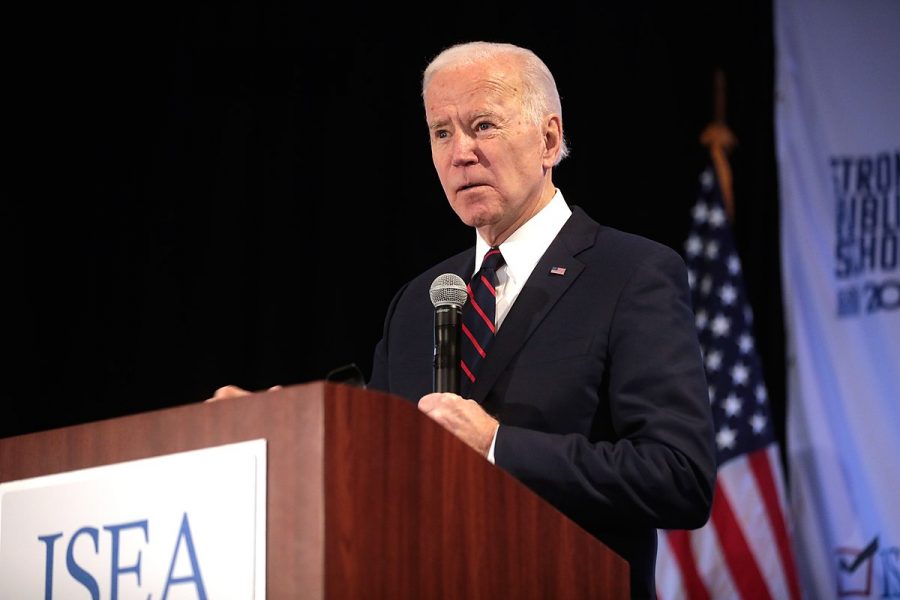 The Democratic race for the presidential nomination has effectively dwindled to two candidates: former Vice President Joe Biden, and Senator Bernie Sanders. While just last week the race was looking to potentially end up in a brokered convention, a wave of endorsements from former presidential hopefuls, such as Amy Klobuchar, Beto O’Rourke and Pete Buttigieg, coming in right before Super Tuesday, could have propelled Biden to being the front runner after a great showing for the former Vice President in the primaries since.

Some have accused the Democratic Party of conspiring against Senator Sanders in order to prevent him from obtaining the nomination by rallying around the strongest “moderate” candidate, suggesting the DNC and the establishment pressured the lesser candidates into dropping and endorsing Biden to give his campaign momentum.

The more likely explanation is that Buttigieg, Klobuchar and, following Super Tuesday, Michael Bloomberg, saw the writing on the wall — that they had no real chance of securing the nomination — and would rather make efforts to prevent exactly what happened to Republicans in 2016 from happening to them with Bernie Sanders.

By rallying around a single candidate, the Democratic field greatly lessens the chance that Sanders will win the nomination. The Democrats seem to believe that nominating Biden over Sanders provides them the best chance of beating Donald Trump in November, while simultaneously maintaining the philosophical integrity of their party.

In 2016, the Republican field remained static for a long enough period of time where Donald Trump was able to secure the nomination without actually winning a majority of the Republican popular vote. When all the primaries had passed and the nomination was finalized, Trump captured 44.9% of the total popular vote, while Ted Cruz, Marco Rubio and John Kasich combined for 50.2% of the vote.

Cruz and Kasich stayed in the race all the way until early May. While Rubio did drop on March 15, a majority of states had already casted their votes. This enabled Trump to win plurality after plurality, often times with percentages only in the 30s, until he secured the nomination without actually winning a majority in any state until April 19.

Since then Trump has become the Republican party. The philosophy of the party has shifted from certain fundamentals to whatever Trump deems appropriate. Would the Republican candidates have united behind Rubio or Cruz around the same time the Democrats are uniting behind Biden now, Donald Trump’s ascension to the presidency would have likely not happened.

The Republican Party did not take the threat of Donald Trump seriously, and it cost them. Having candidates who had no real shot of winning stay in the race until it was too late enabled Trump to propel himself to the forefront of the nomination.

Senator Sanders does not pose the same threat to the respective party, or the country, that Donald Trump did, but the old guard of the Democratic party has their reservations about the Sanders manifesto, just as how the Republican establishment berated Trump before succumbing to his populism.

The Democrats would rather not see the same situation happen to them in regards to Senator Sanders. Whether this is foul play or just simple politics, it shows the Democratic Party has the ideological backbone that they are willing to defend, unlike the Republican party when being challenged by Trump.

Rallying behind Joe Biden dramatically increases the odds that the old guard of Democrats will hold on to the party, as the party would prefer to be branded on center-left ideology. This may secure Joe Biden, and more moderate democrats, a victory now, but whether that ideology will persist or will inevitably be chipped away by younger, more progressive generations over time will serve as the party’s real test.