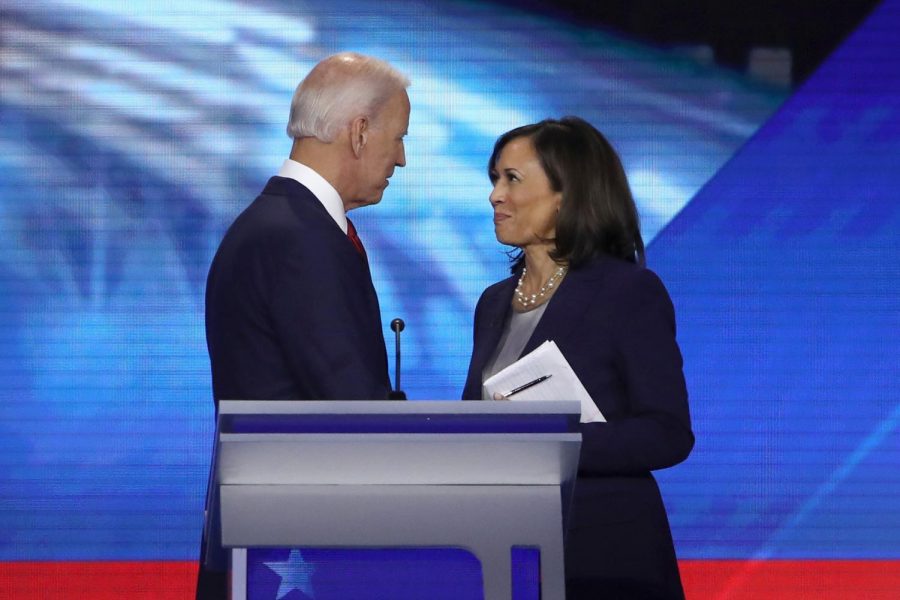 As the month of November creeps increasingly nearer, so does what many would call the most important presidential election in recent history. Never before has a more audaciously polarizing figure occupied the presidency than the man who currently resides in the White House.

President Donald Trump’s inflammatory rhetoric, impeachment trial and frequent Twitter beefs with major politicians all come to mind — yet there still remains some doubt in the challenging candidate’s ability to claim victory.

A good deal of the concern stems from the lack of confidence in Joe Biden to attract young voters. While Biden is polling favorably among younger people, the polls indicate this is the case because of disdain for Trump rather than zeal for Biden.

The presumptive democratic nominee must give the young voting population — which will now constitute over a third of America’s voting population come November — a reason to show out at polling places and cast their ballots in his favor.

Enter the death of George Floyd and the ensuing Black Lives Matter movement.

The tragedy of Floyd’s murder has been the impetus for the most widespread movement of political participation from younger generations this century has seen. Younger populations are more politically engaged now than they have been in their lifetimes, rallying feverishly around the cause of police reform.

A recent CNN poll found that 42% of voters consider race relations to be “extremely important” when voting for a president this fall, making it statistically the most important issue among voters next to performance of the economy.

After the unprecedented surge in political participation from younger people, who are calling for funds to be reallocated from police departments to community development initiatives, what does Democratic candidate Joe Biden do? Pledge to distribute $300 million to police departments across the country.

In a USA Today op-ed, Biden acknowledges the existence of systemic racism within law enforcement, yet he still cannot commit to moving police funding elsewhere. He made clear that he is providing the funds to encourage what he calls “community policing” to build better relationships between police departments and the communities under their jurisdictions.

Where was the push to expand community policing with the $115 billion that police departments received from state and local governments in 2017? Why should anyone believe that an extra $300 million will do the trick when $115 billion only seemed to worsen the problem?

President Trump made it abundantly clear that he has no intention to decrease police funding. His decision comes as no surprise, as taking an alternative stance would likely not resonate well within his base or among Republican voters.

Considering there currently isn’t one, Biden must select a running mate who will be the face of the police reform movement in the presidential race. Never in recent history have so many typically unmotivated young voters been this politically engaged and organized around a single cause.

They care immensely about police reform and the state of black lives in America and are yearning to vote in support of a political figure who shows they care too — Biden needs to provide that figure. In the eyes of young voters who are actively pleading for drastic police reform, Biden pledging to give the police even more funding puts him in the same camp as Trump on the issue.

Having committed to selecting a woman to be his running mate, Biden already has two fantastic options to be the vanguard of police reform: former presidential candidate Kamala Harris and current mayor of Atlanta, Keisha Lance Bottoms.

Both Harris and Bottoms have made police reform a clear issue of focus, making them prominent faces to the young voters flocking to support the cause. Current Florida Representative Val Demings is also a viable candidate, formerly being Orlando’s first female police chief.

Biden must treat police reform policy as criteria number one when choosing his running mate. Young voters have been vocally dissatisfied with how bland a candidate Biden is, calling for him to be bold and take issue with things that they do. The roaring Black Lives Matter movement has given him an excellent opportunity to do so, and step one in his efforts must be selecting someone poised to be the police reform movement’s knight in shining armor.