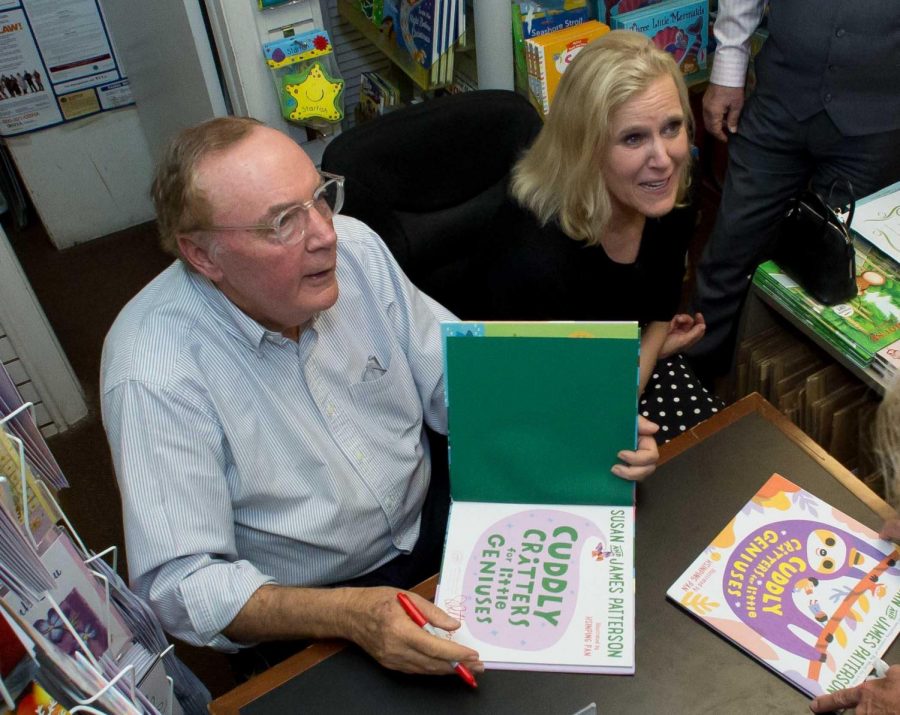 Best-selling author James Patterson signs a book for a fan inside Classic Bookshop during 2018 in Palm Beach, Florida. Columnist Noah argues Patterson has earned the title of a literary hero.

When you think of the most prolific writers in history, names like William Shakespeare, Ernest Hemingway, Emily Dickinson, Mark Twain and J.K. Rowling should always come to mind. As those wordsmiths have made their mark on the world, so has mystery novelist James Patterson, who shows no signs of slowing down any time soon.

The man is a literary hero. And he has the career to prove it.

Patterson’s name is almost synonymous with the thriller genre. With over 300 million copies of his books in print, fans of all genres cannot get enough of the 73-year-old writer. While many of his stories are stand-alone novels, he is most known for writing various crime series, including the likes of Washington, D.C. based Alex Cross, the Women’s Murder Club in San Francisco and Michael Bennett in New York. He even wrote one two years ago with former President Bill Clinton.

What makes him so popular among thriller and mystery fans? Maybe it’s the fast pace of his writing, a roller coaster ride that won’t let you off until the last page. Maybe it’s his short chapters. Or maybe because Patterson is just plain talented.

In recent years, Patterson has also dipped his toes in the waters of many other book genres. Most notably, his children’s and young adult books are a hit with the younger audience with series like “Witch and Wizard,” “Maximum Ride” and “Middle School.” He even founded Read Kiddo Read several years ago, his own website helping parents turn their children into readers inspired by his own son Jack who refused to read at a young age.

Other than kids books, Patterson also writes nonfiction works including ones already published about the Kennedy family, Aaron Hernandez and Jeffrey Epstein. These historical and current events books are just as great, if not better, than his novels.

Patterson is also an innovative genius. A couple years ago, he created Bookshots, small books no more than 150 pages apiece that are based on either existing characters or news ones altogether. Like his thriller novels, Bookshots are just as hard to put down.

How does he keep writing so many books? Over the years, Patterson has teamed up with a slew of co-authors, mostly lesser-known writers. He works with them one-on-one on each project, overseeing everything until the book is published. It’s great because he lets these up-and-coming writers shine with the work they do alongside him.

Over the years, Patterson has also donated to countless school libraries and independent bookstores across the country. It’s hard not to tip your hat to a man who wants to give back to literacy any time he can.

Who knows when Patterson will ever put down his pen, but hopefully, it won’t be any time in the near future. The man is a writing machine and should be appreciated in that regard.