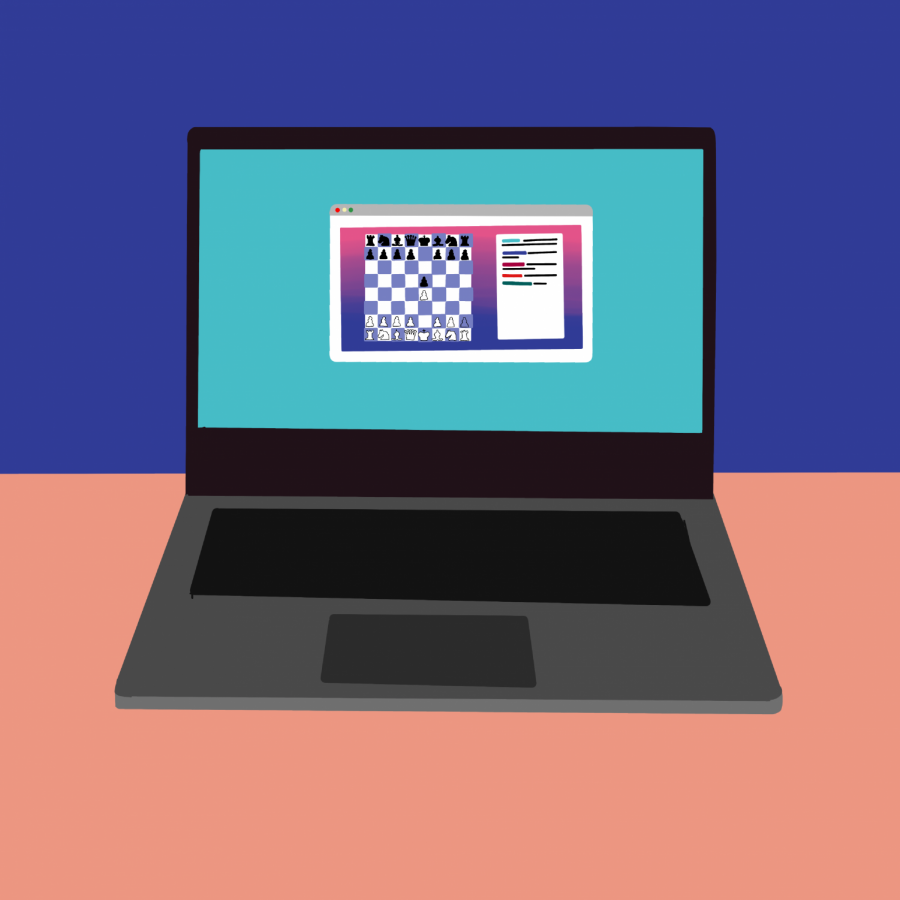 While the rest of the sporting world has been frozen amid the COVID-19 pandemic, a high stakes tournament pitted stars against each other in front of a live audience of 87,000 with $50,000 at stake. I’m describing, of course, the Pogchamps chess tournament on Twitch.

Many might hear chess and begin to yawn, imagining two skinny high schoolers with glasses hunched over a board in silence for hours — riveting stuff. PogChamps throws those stereotypes out the window, pitting “Game of Thrones” star and strongest man in the world, Hafthor “The Mountain” Bjornsson, against Dota 2 esports streamer TFBlade. Interested yet?

PogChamps’ roster of competitors draws heavily from the gamers of Twitch, featuring big names such as CallMeCarson, xQc and Ludwig Ahgren. Political pundit David Pakman, the “Mountain” and poker streamer EasyWithAces add to the diversity of the event. They all receive coaching from high level players such as WFM Alexandra Botex and GM Hikaru Nakamura.

Veteran coaches commentate over their amateur play, who provide rapid analysis of the games and speculate what moves the players might make next. The games are fast paced, with both players receiving only 10 total minutes of move time. This often results in an “armageddon” endgame where game deciding moves are made in a split second. It’s incredibly accessible to viewers new to chess, and the inevitable blunders send the hosts into entertaining frenzies.

Chess viewership has skyrocketed with the success of PogChamps. The New York Times observed 41.2 million hours of chess viewed on Twitch between March and August, nearly four times the total viewership in the preceding six months. The 1,500 year old game reached a milestone 150,000 concurrent viewers on Twitch, and at one point PogChamps was the most viewed stream on the entire platform. A second iteration of the tournament shared similar success.

The highly entertaining format in tandem with many being home-ridden due to COVID-19 lockdowns has produced a massive chess boom. PogChamps is successful because it targets new audiences that would never have been reached if the virtual tournament had invited the most elite players in the world. The audience of Twitch is young, and the time-tested game has to embrace a modern culture to expand its fanbase.

Some in the chess community are unhappy with the success of PogChamps. Stefan Löffler of ChessTech argued PogChamps made a foolery of the participants, and that “letting beginners play for an audience is something one should never do.”

Löffler represents a subcommunity whose admiration for the highest level of competition blinds them to the harsh reality that not everyone can be World Champion Magnus Carlsen.

Gatekeeping beginners from the chess community is off-putting and damaging to the community as a whole. Beginners watching others at their skill level being supported by the best players are encouraged to devote time to improving. They improve by playing, taking lessons, joining local groups like Illini Chess Club on campus and buying strategy books. All this contributes to the economy of the chess community.

Most importantly, beginners are having fun. PogChamps doesn’t advertise itself as the pinnacle of play, it’s unabashed amateur level entertainment. Lebron James and the NBA don’t get upset that middle school basketball players have fans at their games even though they consistently miss shots, the professionals support the beginners. Chess would do well to remember there’s a time and place to revere the highest level play, but that it is not the only valid form of play.

As PogChamps has illustrated, chess players come in all shapes and from all walks of life. It’s an easy game to learn, but incredibly difficult to master. Being a novice isn’t something to be ashamed of. As chess writer Irving Chernev once said, “every chess master was once a beginner.” The accessibility of the game is where the true beauty of chess lies.