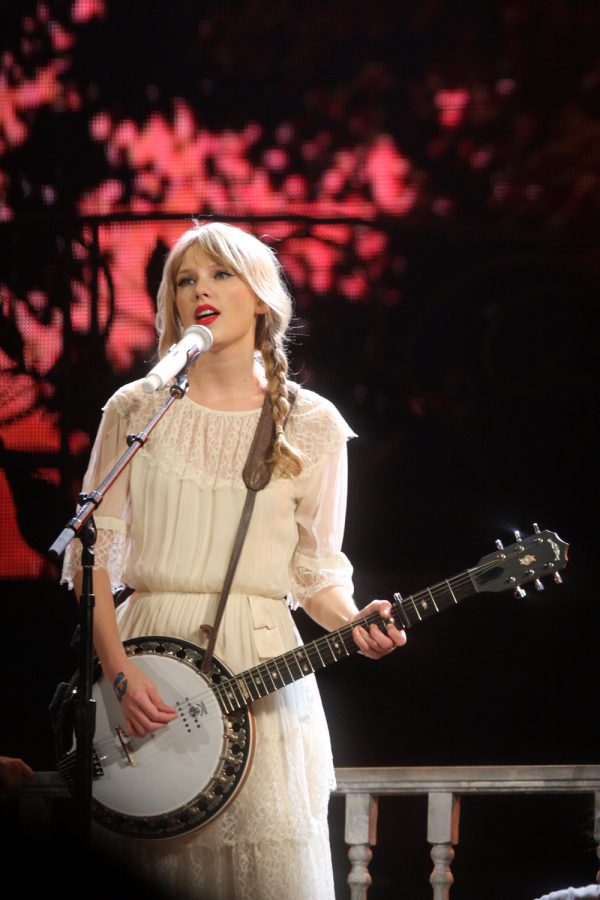 Taylor Swift performs at her Speak Now tour on March 9, 2012. Columnist Noah reminisces on Swift’s country phase prior to her transition to the pop genre.

She’s a leading figure in the music industry. She’s arguably one of the most influential musicians in recent years, if not all time. She still plays acoustic guitar at all of her shows. If you haven’t figured out that I’m talking about Taylor Swift, then you must be living under a rock.

Whether you like her or not, there’s no denying Swift has taken the music world by storm. In 2014, she completely switched from country to pop with her critically acclaimed album “1989,” initiating her image as a pop star.

This summer, Swift brought fans an unexpected brand new record called “Folklore.” Something felt very nostalgic about it. The 14th track “Betty” sounded like music from her country days. Maybe this is a sign for Swift to return to her country music roots, at least for one album.

Last week at the American Country Music Awards, Swift performed “Betty” by herself on acoustic guitar live from the Grand Ole Opry. Boy, did it bring back memories. It felt like Swifties had stepped back into a time machine to see her frizzy hair and innocent persona once again.

In 2006, Swift first jumped into the country music scene with her song “Tim McGraw.” The single was soon followed by hits like “Picture to Burn,” “Should’ve Said No” and “Our Song.” These songs served as stepping stones to a great career in country music.

While in the genre, Swift released three more albums including “Fearless,” “Speak Now” and “Red.” Selling millions of copies and embarking on world tours for each, these albums brought fans hits like “Love Story,” “Mean,” “22” and countless others. But Swift knew she wanted more out of her career.

When Swift switched to the pop genre six years ago, she got everyone wondering: will her music be just as good? Will she still be relatable through her lyrics? Will she still be a success? The answer to all those questions was a big yes.

Since the release of “1989,” which brought fans hits like “Shake It Off,” “Style” and “Bad Blood,” Swift brought fans three more albums “Reputation,” “Lover” and the aforementioned “Folklore,” which includes songs like “Look What You Made Me Do,” “ME!” and “Cardigan.”

All of her pop albums have maintained the same quality as her country albums, if not even better. She has proved to fans and critics everywhere that she can make great music in two separate genres. But what if she made another country album?

When speaking to many Swift fans, they will tell you her country songs are better than her pop tunes. Many fans preferred her in the country genre. Then again, other fans prefer her in the pop genre. However, Swift should return to her country roots, if just for a little while.

Depending on how you look at it, you could say Swift never left the country genre. In recent years, she penned Little Big Town’s hit 2016 song “Better Man” and was featured on Sugarland’s 2018 hit tune “Babe.” Swift has even brought numerous country stars as guests on her tours, including Miranda Lambert, Tim McGraw, Faith Hill and Dierks Bentley.

There is no doubt that Swift has many more decades of music ahead of her. In that time, she should release a country album, or if anything, at least a song. Many Swifties miss her country days. She doesn’t have to do it for herself, but for the fans.

If or when Swift releases a country album and returns to her musical roots, fans will be ready.