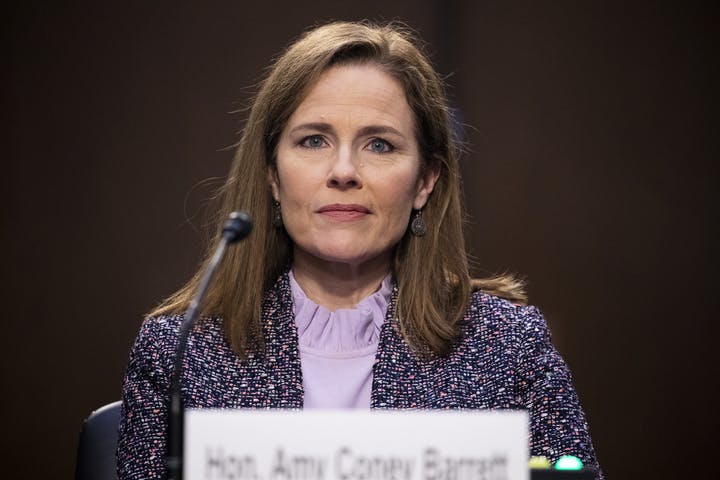 The year 2015 sparked debate and conversation that saw breakthrough legislation as well as a new American identity on the cusp of revolutionary progression. In 2015, Donald Trump was fighting for political power, Black Lives Matter protests permeated cities and a landmark case regarding gay marriage came before the Supreme Court.

Despite the time that has passed, the realities of 2020 starkly parallel those of five years ago. President Trump now has more political authority than ever, racial unrest over police killings remains a predominant issue and LGBTQ rights are — again — called into question.

The events of 2015 encouraged a level of social change and open acceptance that led many to believe it was a key turning point in American history with so much potential for the future. It is incredibly disheartening to realize not only has society remained stagnant since that transformative time, but minority rights that were so heavily fought for are now being threatened.

Last week, Justice Clarence Thomas and Justice Samuel Alito released a statement urging the Supreme Court to reconsider the 2015 ruling that established a constitutional right to same-sex marriage. Having dissented in the original opinion five years ago, Thomas and Alito reaffirmed their standing the decision needs to be fixed because of its harm to religious freedom.

The Supreme Court is currently set to hear a case that could significantly scale back LGBTQ protections on Nov. 4: Fulton v. Philadelphia. The city of Philadelphia declined to renew the contract of a foster-care agency, Catholic Social Services, because of its objection to approving same-sex couples as foster parents. CSS sued the city, citing its rights to free exercise of religion as entitling it to reject qualified same-sex couples.

It is clear there are ways for the Supreme Court to dilute the rights of LGBTQ individuals without explicitly overturning the ruling in Obergefell v. Hodges, which, de facto, legalized gay marriage. Most likely, it may rule there is a constitutional basis for discrimination based on religious belief.

The outcome of these decisions can cause serious detriment to the rights of LGBTQ people, and there’s more to fear from the Supreme Court.

President Trump’s nominee, Amy Coney Barrett, described herself as an originalist at the Senate confirmation hearing on Tuesday. Originalism emphasizes the text of the Constitution as law and believes the meaning of the Constitution doesn’t change over time. Interpreting the intention of the Constitution to be as it was written by the founding fathers has serious implications for denying the rights of minorities.

The ideological tenor of the Supreme Court as it stands causes alarming concern over the possibility of future decisions undoing the rights that have been extended to minority groups that have dealt with years of discrimination and marginalization.

Should Coney Barrett be confirmed, the Supreme Court would be the most conservative it’s been since 1950, and that does not bode well for the progress society has made in the 70 years since then. Not only are the rights of LGBTQ people and immigrants vulnerable, but women’s reproductive rights are also in danger of being peeled back.

Being on the “right side of history” is a phrase commonly referred to by progressives who see the events of the past as a liberating mechanism for moving toward a better future. Others take a more flippant attitude and believe there is no right side to history because progress is not guaranteed.

The latter describes a bleaker outlook, and even though progress may not be a given, it needs to be fought for, protected and created.