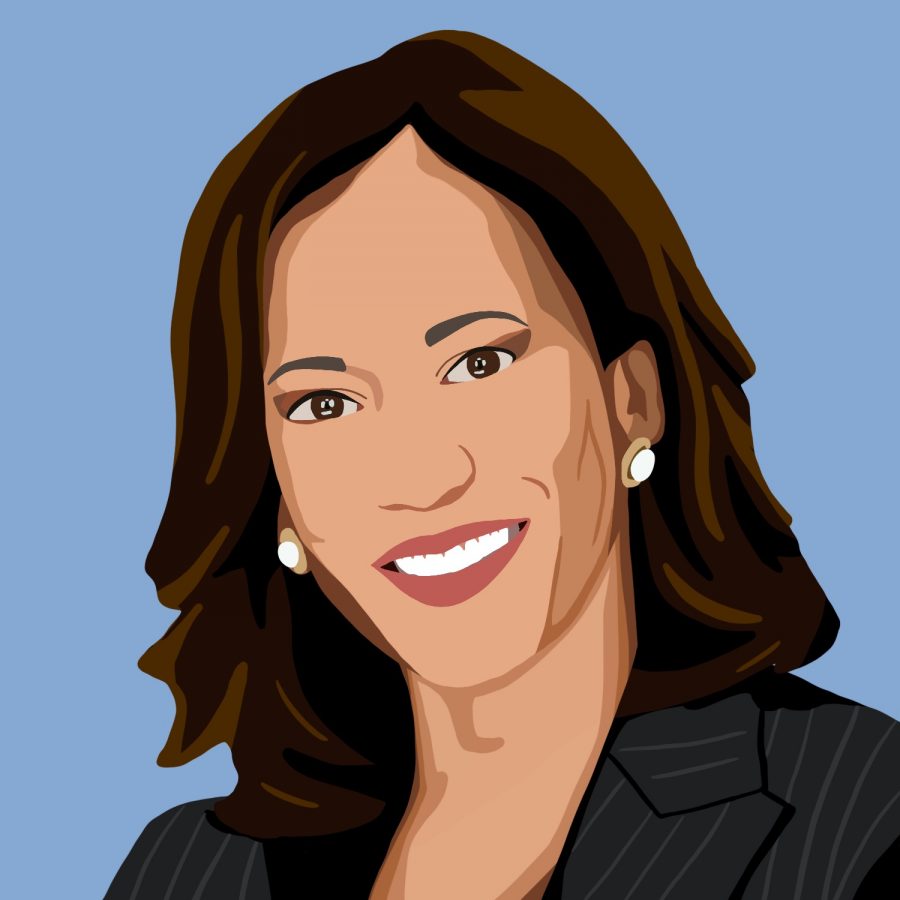 When Kamala Harris took the stage on the night Joe Biden was declared the winner of the presidential election, I admit I teared up. It was empowering to see not only a woman, but also a woman of color set to take an influential position historically held only by white men.

Watching her speech transported me back to 2008 when Barack Obama was first elected president. l remember watching his inauguration on the small television mounted in the corner of my first-grade classroom. Although I was merely 6 years old at the time, I knew I was witnessing a historical moment.

Surely Harris’s election as vice president had a similar effect on the young children who witnessed the event. Her new position demonstrates political barriers for minority groups can and should continue to be broken down. She may be the first, but she does not intend to be the last — a necessary message to convey to young girls.

Voting in the first female vice president, however, is about more than just Kamala Harris herself. In her speech, Harris acknowledged she stands on the shoulders of generations of, “ … women who fought and sacrificed so much for equality, liberty and justice for all.”

The significance of being able to identify with politicians and other prominent public figures should not be understated. Representation allows often overlooked or marginalized populations to feel heard and seen. As a young Asian American woman, observing this giant step forward filled me with pride.

However, my feelings toward Kamala Harris herself remain ambivalent. Harris’s record as a part of the criminal-justice system is complex. Before being elected to the Senate in 2016, she served as both District Attorney of San Francisco and Attorney General of California.

At times, her stances were contradictory. While she declined to seek the death penalty against a man who shot and killed a police officer on ideological grounds in 2004, she appealed a judge’s decision that California’s death penalty law was unconstitutional on legal grounds 10 years later.

As D.A. of San Francisco, Harris started a program called “Back on Track,” intended to guide low-level drug offenders away from prison and toward work and schooling, but also emphasized her high conviction rates.

In 2011, the Supreme Court deemed the conditions of overcrowded prisons in California an instance of cruel and unusual punishment. When a federal court ordered the prison system to grant early release to prisoners in line with the Supreme Court’s decision, Harris’s office argued against it, claiming it would impact wildfire-fighting efforts relying on prison labor. While the arguments may not reflect her current views and she has distanced herself from them, they are inextricably attached to her legacy.

As important as representation is, it cannot be the only factor determining support for a political candidate. “Saturday Night Live” recently aired a sketch, “Your Voice Chicago,” that satirized the mental gymnastics some people perform to rationalize standing behind candidates based solely on their membership of certain marginalized groups.

The sketch was centered around a woman whose strategy for vetting candidates in a local election was, “Voting for Everybody Black.” Despite the candidates having political beliefs in direct conflict with her own, she found several illogical and comical ways to justify voting for them.

Although SNL exaggerated for the sake of comedy, the sketch illustrates a valid point. While it is impossible to completely abstract Harris’s politics from her identity, it is crucial to observe her beyond the labels she fits. Her decisions and actions of the past, the present and the future deserve to be fully scrutinized, just as with any other person in power.

Overall, we can simultaneously celebrate the progress this election constitutes while still remaining critical of Harris. As Harris said herself, once she and Biden take office, “the real work begins.”