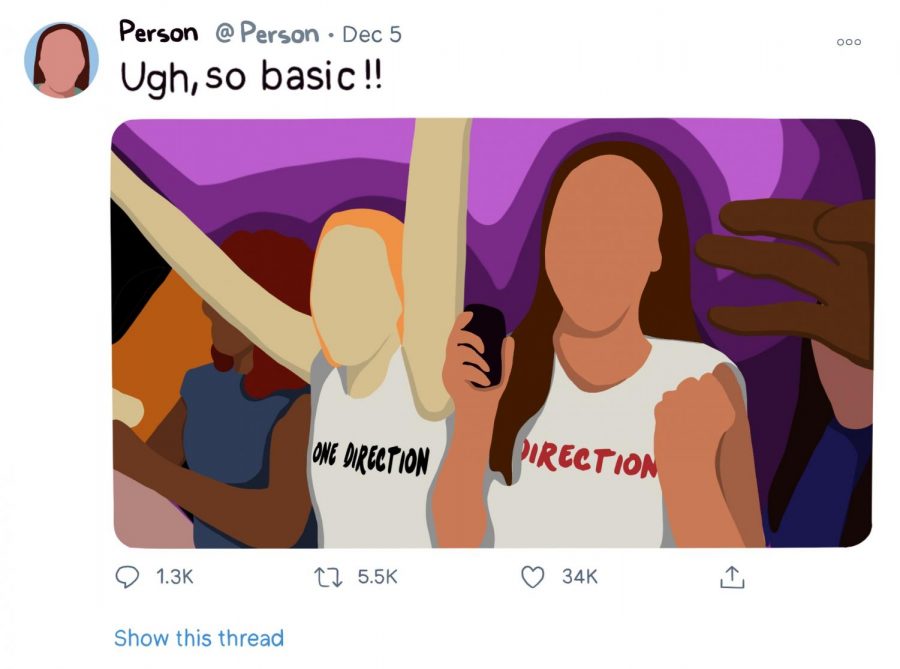 One Direction. Justin Bieber. Taylor Swift. Whenever music or any other form of pop culture has teenage girls as a target audience, it is automatically taken less seriously. Books, movies and social media are widely scorned if society views them as too feminine or mainstream.

However, preferences do not have to align with critical acclaim or popular opinion to be legitimate and worthy of respect. Girls and people in general should be able to define what they enjoy without fear of social repercussions.

Throughout elementary and middle school, I remember how artists were often ridiculed and called illegitimate merely because of the demographic of their fans. I also bought into the narrative that enjoying the music many of my peers “fangirled” over was somehow embarrassing.

Although I never vocalized it, I found myself judging other girls who openly expressed their love for artists that were deemed too “girly” or “basic” without really knowing why. I started actively avoiding any music falling under these categories.

No matter how much I enjoyed something, there was always a level of shame or guilt associated with liking it. I feared that my preferences would automatically be viewed as superficial or shallow.

I can now unashamedly belt out classic songs by One Direction, Justin Bieber, Taylor Swift and many other artists I was once too scared to admit I had an affinity for. However, it took reckoning with my own internalized misogyny to get to that point. I realized that hating on other girls and myself just for enjoying music was baseless and counterproductive.

The bias against the pop culture many teenage girls consume is harmful. Dismissing a whole demographic group’s preferences sends the message that their opinions inherently have less value.

It tells girls that their reasons for liking something must automatically be called into question; it prevents young women from interacting with pop culture phenomena they would otherwise enjoy; it conditions them to judge themselves and others based on their likes and dislikes.

Navigating the early teenage years is confusing and turbulent enough as is; there is no reason to demean the content adolescents connect with. Whether the music helps them make sense of their feelings or is purely a source of enjoyment, it is meaningful to them in some way.

All too often, people use social media to pit musical artists and genres against one another and vie for a false sense of superiority. Even within fandoms, there are arguments about who is and is not a “true” fan. The way social media determines whether music is “cool” or not is a counterintuitive process.

When a song or artist gains “excessive” popularity, people are deterred from listening because it has become too mainstream. People then flock to music that is relatively unknown or obscure to demonstrate their so-called nonconformity.

However, that music then begins to gain traction because people genuinely enjoy listening to it. As popularity grows, so too does the aversion to trendiness and the cycle continues.

However, society fails to take into account that music is largely subjective. Interacting with music, even within groups, is a different personal experience for everyone. During the formative years and beyond, music preferences are deeply linked to one’s identity. Consequently, it should not be up to others to determine how an individual chooses to connect with music.

Having personal preferences may be harmless, but diminishing another person’s preferences is not. It is not always easy to confront our own biases. However, the next time you start judging someone’s taste in music, including your own, take a second to consider why.

Rayna is a freshman in LAS
[email protected]